I have a little less than a year until I am 40 (April 2nd, for those of you who would like to get me a gift

A couple of years ago, I decided that I wanted to do something big, something extraordinary to herald in 40 years of breathing. But I didn't have any clue what. Most of my ideas centered around the bicycle, since that is what I enjoy doing

I had mentioned wanting to do a triathlon in the past, but seeing how I hate to run, and didn't have access to a swimming pool - let me re-phrase that. There is a pool relatively near my house, but my work and commuting schedule made it impossible to get to the pool for a workout - that didn't seem likely

I have several friends who run, and a couple who have done a triathlon. they have said that I could do a triathlon, especially with my strength on the bicycle. I always brushed it off, falling back on my lack of access to a facility to train in. I would chant the mantra, "if only... if only..." to deflect any further prodding from them . While deep in the back of my mind wish, "if I could figure out a way..."

After a while, that little voice in the back of my mind got quieter, and I didn't think about it much any more.

Then one of my cyclist friends said that he was going to do the Spudman Triathlon in Burley, Idaho, and that little voice gained some strength (the Burley area is, for those of you who don't know, is where my lovely wife, Kelly grew up) Then I found a childhood friend on Facebook who is a triathlete, and the little voice got a bit louder. Then, some ladies in my ward mentioned training for a local triathlon, and the little voice gained some more strength, Then my commuting arrangements changed, which would give me time to go to the pool before work, and suddenly that voice in the back of my mind wasn't so little. Then I talked to a guy at church who is training with his wife for a triathlon, and talked a friend who just completed the Ragnar Relay Wasatch Back 170 mile relay race as part of a 12 man team, and the voice was screaming "YOU CAN DO A TRIATHLON!"

I do have a few other things to do before I am ready. First off, I need to get a membership to the pool, so I can go swim and run at 5:00 AM before I go to work. Then I need to get a pair of running shoes, shorts and swim goggles.
As I have mentioned, I don't like running, never have. But for some reason now, I am actually looking forward to doing this. I will post updates to my training here on my blog. Wish me luck! 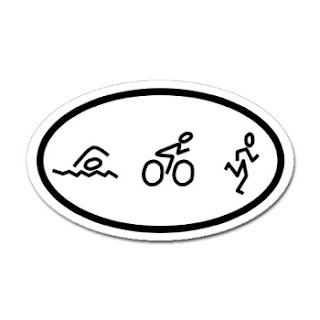 This is my first stop after getting back the internet. I have only one thing to say (yeah right, when has that ever been true??!?)...

We have the membership and now you can train away. I'm proud of you. I love you so much!!!