I need to make a correction to one of my previous Food Friday posts. I was talking about adding some salt to energy drinks, I made a mistake calling them energy drinks, I should have called them sports drinks, or - to make it roll of the tongue a little more awkwardly - electrolyte replacement drinks. Energy drinks bring to mind those cans you buy at the convenience store that have enough caffeine and other stuff to keep an elephant awake for days. 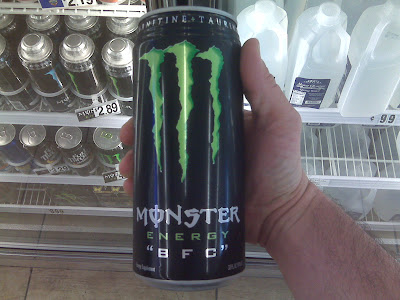 Excuse me miss, there seems to be a mistake. I believe I ordered the large cappuccino. Hello?!
Today we have a product review.

The main problem I have with most sports drinks is how sweet they are. They taste great when you are first starting out, but after mile 70 or so, the sickly sweetness is almost overpowering and you can hardly choke it down - let alone keep it down.

Nuun to the rescue! 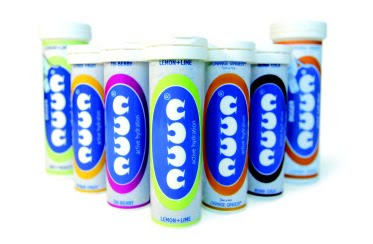 Nuun makes an electrolyte replacement tab you add to your bottle of water. It's sugar-free, and has a light, refreshing taste that you won't be sick of down the road. Each tab has 360 mg of sodium to replace what you have been sweating out for the past several miles. Nuun comes in several flavors: Orange-Ginger, Tri-Berry, Banana, Kona Cola, Citrus fruit, Lemon+Lime. They also sell mixed tubes of mixed fruit (Lemon+Lime, Citrus, Tri-Berry) and tropical mix (Orange-Ginger, Lemon+Lime, Banana). Each tube contains 12 tabs - enough for 1.5 gallons of water. To use it, just drop one tab in your water bottle, wait 2 minutes, drink and stay hydrated.

I was skeptical at first. I have tried other "add-ins" that are supposed to enhance your water, and found that they tasted absolutely nasty. Nuun is different. I've only tried the Orange-Ginger, Banana and Tri-Berry but they taste really good (especially the Banana - my favorite so-far). Part of the sodium is in the form of sodium-bicarbonate, so they fizz (kind of like Alka-seltzer) when you drop it into your bottle. This can be a fun feature if you are using one of the Camelback Podium bottles, as the release of the gas from the bicarbonate will build up and cause the leak proof valve to sputter and squeak as it tries to escape.

The flavor is distinct, but subtle. It doesn't overpower, and doesn't develop that sickly-sweet nastiness. the fizzing is much milder than that from your typical carbonated soda, and I actually found it refreshing.

I have heard of people mixing flavors by breaking tabs in half and combining them (like Lemon+lime Kola). Haven't tried that yet, but I plan on giving that a try once I get more Nuun.

Overall impressions: Nuun rocks! I have a century ride coming up tomorrow, and I plan to have Nuun in both bottles.

You can find Nuun at almost every bike shop on the planet - at least at every one in my little corner of the world (according to a friend in Florida, no bike shops have it, or have ever heard of it down there). Or you can order it online directly from http://www.nuun.com/. the cost is around $6 for a tube of 12 tabs, which will fill 12 bottles.
Posted by Bike Junkie at 6:23 AM