How not to portage a small human

As we were watching the parade, I momentarily became excited to see a group of bicycles riding down the parade route. Unfortunately the moment of excitement was fleeting. 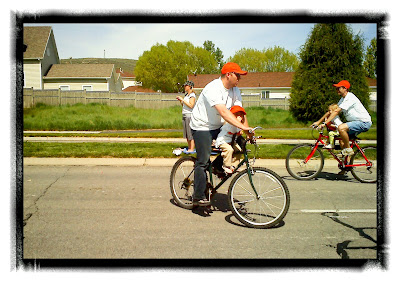 They are promoting a small human portaging device called the “Tyke Toter”.

You won’t see any review of this device on this site for a few reasons. First, I don’t have a human small enough to portage in such a manner, nor do I plan on creating any additional small humans for this, or any other reason. Second, I have issues with anything that has the potential to interfere with the safe operation of your bicycle; and having a small, potentially squirmy human between you and the handlebars reeks of that potential ( I won’t go into the fact that none of the small humans had a helmet on, and my feelings on that subject). And finally, if you are not portaging a small human, it just looks creepy and wrong. 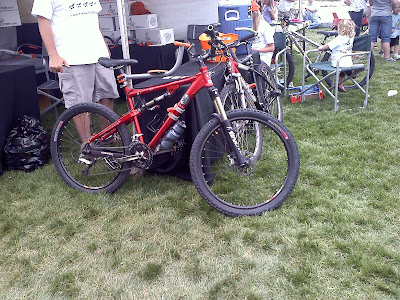 On behalf of MYSELF, I thank you for not having plans to create anymore tiny humans. I'm on board with that. Completely. No doubt about it.

And you're wrong... there were a couple of tiny humans with helmets but their dads weren't wearing them. Bad examples!! I agree that the toter is a bad idea.

Yay for no more tiny humans!!