My second attempt at the Spudman Triathlon is in the books.

I actually had an ingenious plan for this year’s Spudman – and for the most part followed this plan: Do okay on the swim, strong on the bike, and suck wind on the run.

Despite not training at all for the swim or the run this year, I actually improved – albeit slightly – in both this year. The bike leg, I was surprisingly slower. But, as I was riding, I knew that I was holding back a little – trying to pace myself, so I had something left in the tank for the run.

One very pleasant surprise came at the rider check-in/packet pick up on Friday night. They were having a drawing for some race gear that night. I arrived after they finished reading the winning numbers, so I went up to see if they called my number. It turns out that they called the number right before mine, but not mine – always my luck. As I was turning to walk away, the guy said that only 2 people had come up to claim prizes so far, so he let me be a winner! I choose a set of aero bars, and spent the next 30 minutes in the parking lot installing them on my bike.

So, how did I do? I wanted to finish in 2:30 or less this year, but I didn’t reach that goal. I did improve on last year’s time by 6 minutes, with an overall time of 2:51:52. My best improvement came in T-1. I came out of the water much stronger than last year, and was able to strip out of the wetsuit, throw on my shoes (decided to skip the socks – I ended up somewhat regretting that after when I rubbed a raw spot on the inside of my left foot during the run), helmet and hit the bike course in just over 2 minutes. Out of 1623 total finishers, I placed 1066. In my age group, I placed 101 out of 131.

Lottery registration opens in January for the 2012 Spudman, and you can be certain that I’ll be registering again. I know that 2:30 is not out of my reach. I just need to train next year… 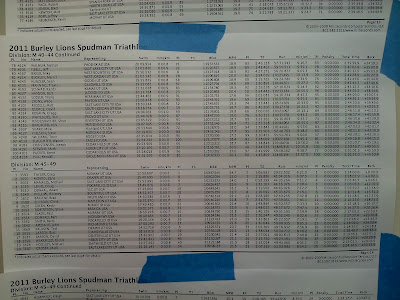 The race results as they were posted at the finish line. 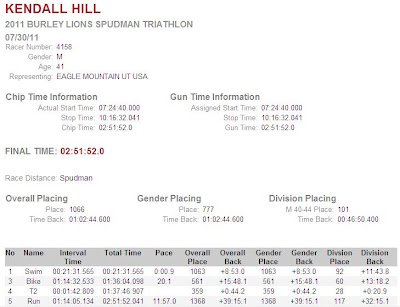 The official results from milliseconds.com 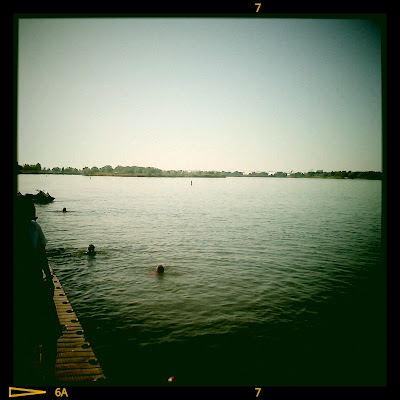 View of the swim course the night before 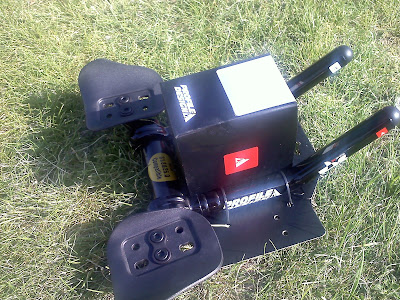 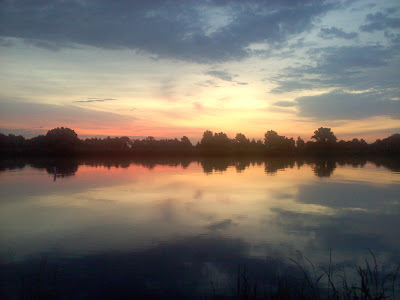 Beautiful sunrise over the Snake River the morning of the race. The water is calm now, but not for long... 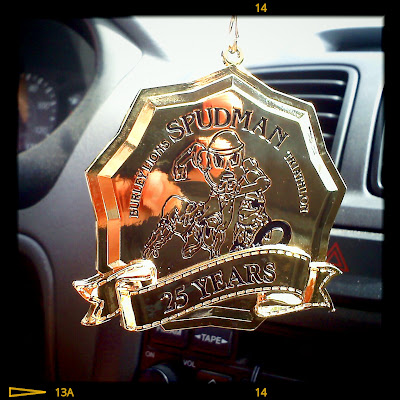 I didn't know that this was the 25th Anniversary of the Spudman Triathlon. Since it was, they gave these cool finishers medals. 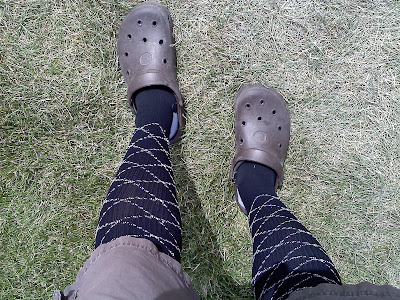 Post-race wardrobe: Zensah compression socks and crocs. Not highly fashonable, but very comfortable.
In case anyone is interested, here is the post from 2010, with my results from that race.
Posted by Bike Junkie at 9:05 AM

Email ThisBlogThis!Share to TwitterShare to FacebookShare to Pinterest
Labels: Spudman