We can all see small facets of ourselves in our children, our genetic legacy passed down through our offspring. It could be a feature – such as a nose or a chin – that is similar to ours, or a mannerism or quirk that we recognize as ours.

Sometimes, we see something that makes it seem like we are looking at a small clone of ourselves. This past week I realized that my 9-year-old is just a smaller version of myself.

Monday or Tuesday, he came to the wife and I and wanted $25. A series of questions led to the revelation that he wanted to buy a bike from one of his friends. Further questions revealed that it was a bike without wheels. A bike that he claimed was much better than his current bike.

The wife and I were pretty much against it from the beginning, not wanting to add to the growing pile of “projects” that are cluttering our garage and back yard. The realization of exactly how much like me my son is finally hit me.

When I was a kid, I was constantly taking things apart, especially my bikes. I was also constantly getting in trouble with my dad for taking his tools and leaving them out in the yard to rust. I can’t count the number of times that I have been mad at Jackson because I have come home to my toolbox strewn across the yard, with him nowhere in sight. And not one of Jackson’s old bikes, scooters and skateboards have had a chance to live out their retirement in peace and quiet. Once they are outgrown, or not needed any longer, they are stripped down, with their parts used in one of his Frankenstien-esque “projects” (he once made a trailer for his bike out of a plastic toboggan, skateboard trucks and some old plastic toy golf bag wheels). When I changed my mind about letting Jackson purchase this bike, I pointed out how many bikes, and parts of bikes that I claim as mine call our basement home.

So, Jackson is the proud owner of another bike. It is a decent bike, that is better than the one he currently rides (I am still at a loss at why kid’s BMX bikes weigh so danged much,) We transferred his wheels and chain from his current bike to his “new” one, and after a couple of minor adjustments, it should be ready to ride.

I won’t be surprised at all if he comes home one of these days saying that another of his friends has a set of wheels that they are selling so he can resurrect his now old bike from the parts bin. 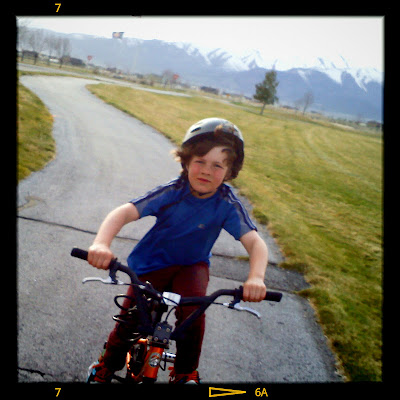 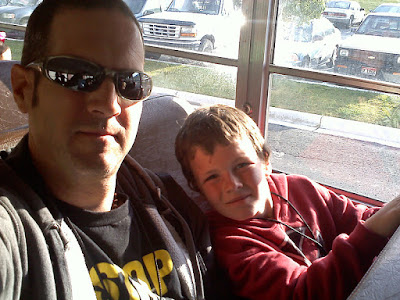 Email ThisBlogThis!Share to TwitterShare to FacebookShare to Pinterest
Labels: My kids