As I mentioned before, I received several emails from companies and PR firms asking to set up appointments at Outdoor Retailer.

One of them in particular caught my attention. It was from a company that wanted to show me their new iPhone case and bike mount. Since I had just recently crossed over to the dark side by abandoning my Android for a shiny new iPhone 4, I was intrigued.

I didn’t check out the company before my appointment at the show – which was possibly a bad idea – but it actually turned out to be a good thing. What I expected was more or less a mounting system for my bike. What they showed me was quite a bit more.

LifeProof is more than just a case for your phone, it is a waterproof, sandproof, snowproof, and shockproof case that completely protects your phone. To prove to me how the case works, Gary Rayner, the founder and CEO put my phone into a new LifeProof case, turned on the video camera, walked over to a fishbowl, and dropped my phone in!


Needless to say, I was immediately horrified that my 2 month old phone was peacefully resting at the bottom of a fishbowl. But there it sat, still recording. I fished it out and dried it off while Gary told me about the features of the case.
The LifeProof case is rated waterproof up to depths of 2 meters (about 6.6 feet), can withstand drops on to concrete from 2 meters, and is fully sealed against mud, sand, grit, dust, rain and snow. While providing you full access to all of the controls and functions of your phone, and only adding a minimal increase to the size of your phone.

I've had the case on my phone for a couple of weeks now, and it's completely unobtrusive. the case adds only a small amount to the overall dimensions of the iPhone.

The only negative I have is the screen. I haven’t had any problems with the touch screen in the case, but I am one of those people who can’t stand finger or ear prints on their phone. The screen on the case seems to be a huge magnet for prints. Changing the screen protector on future cases to a matte, or semi-gloss would take care of problems like that.

Thanks to a rather mild winter, I have been able to get out for a couple of rides and I was able to give the bike mount a good testing. The phone snaps right into the mount, and you there is a slide lock on the catch to prevent accidental removal. Taking the phone out of the case is a simple one-handed procedure. Again, all of the phone's functions are available while it is in the mount - there is even a hole on the mount so you can use the camera. The mount uses a gimbal head so your phone can be rotated or adjusted quickly and easily.
While in the mount, the phone was securely held, and my GPS apps, such as Strava and MapMyRide were readily accessible. I even took a quick picture of myself.
The only drawback, is that the case is not ANT+ compatible, so apps like Wahoo Fitness or iBike that require an ANT+ transmitter to be plugged into the accessory port will not work.
The case, which will fit the iPhone 4/4S retails for $79.99, and can be purchased either online, or through Best Buy. The bike/bar mount retails for $39.99. There is also an armband mount for running, and a mount that is compatible with the GoPro mounting systems, such as their helmet mount and chest mount.
Is it worth it? I think so. Its nice to know that your phone is protected from accidental spills and drops, plus the convenience of the mounts makes it nice for rides - especially when you stop and don't want to leave it on the bike. Also, showing off by dropping your phone in a glass of water really doesn't get old.

Go to http://www.lifeproof.com/ for additional information. 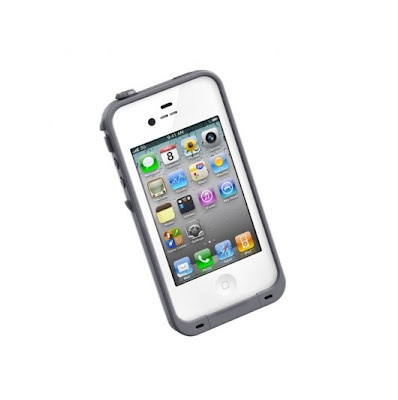 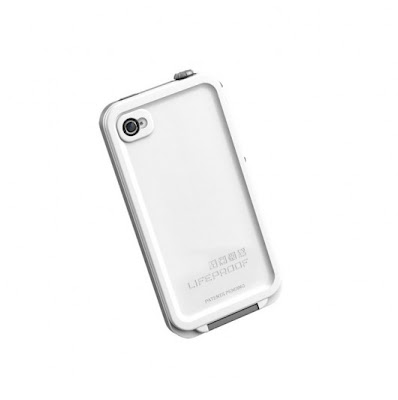 Stock images from the LifeProof site of the front and back of the case. As you can see, it doesn't add that much to the overall dimensions of the phone. 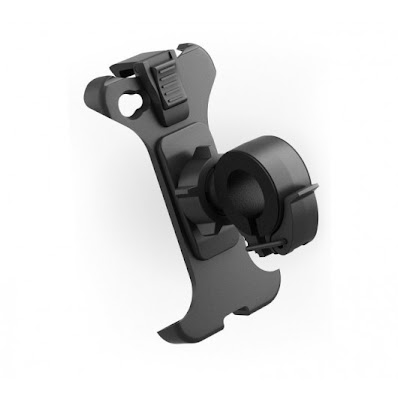 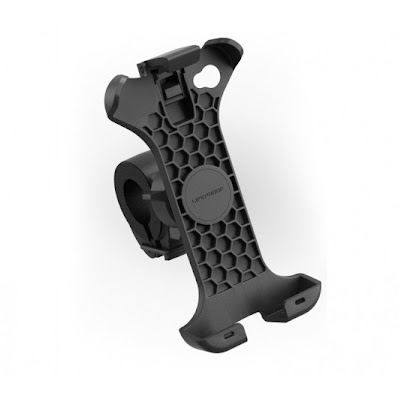 Stock images of the bike/bar mount. 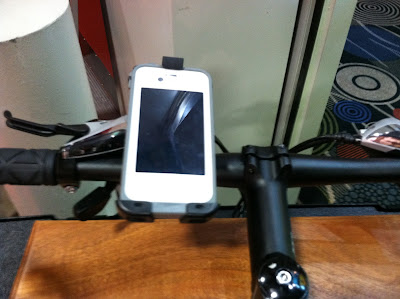 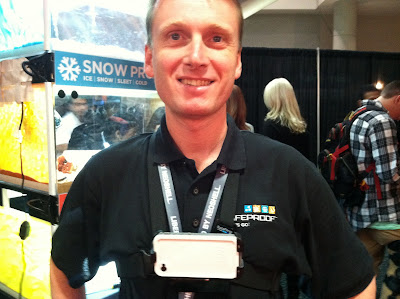 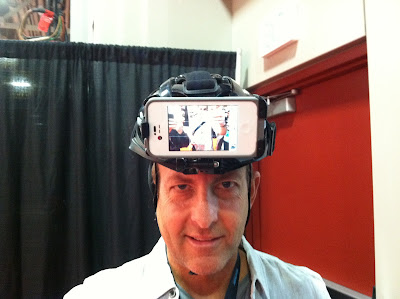 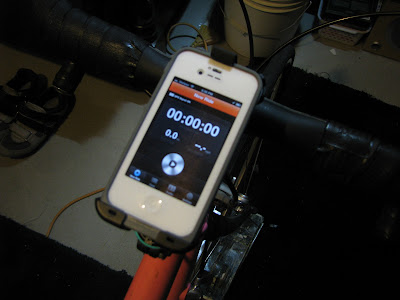 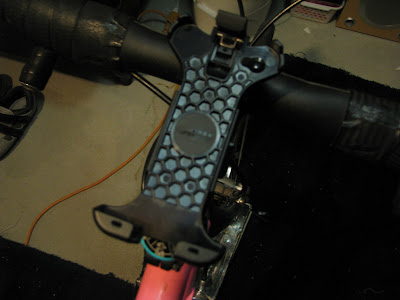 Mounted on my bike, both with and without the phone. 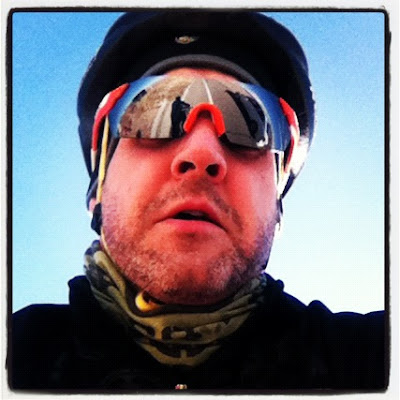 Self-portrait on a recent ride.
Posted by Bike Junkie at 2:35 PM

Other than that, it is pretty cool.

This is very Cool case, it will be very useful to me while riding bike. n ride cycle :D
Good Review : )

Hi Kendall,
I do appreciate your writing in this topic.

the iPhone Case looks cool thanks for sharing...

Although many people love the iPhone, its sensitivity to mishandling, extreme temperature and moisture prompt users to protect their beloved gadgets with durable iPhone covers made from different types of materials.

For the same price I get the iClam and it comes in a package that includes different mounting kits like for your bike, helmet, chest and others also is water proof up to 30ft underwater.
http://www.fujitaxtremestore.com/iclam/iclam-iphone4

Do NOT purchase the LifeProof bike and bar mount for the iPhone 5 unless you enjoy watching your smartphone skid across the road into oncoming traffic. At the slightest bump or vibrations the clamp will eject your phone from the mount.

I'm guessing they felt confident enough with their mount for the iPhone 4 and just lengthened it without actually testing it out. Unfortunately, it's too flexy and flimsy to maintain proper clamping force to hold the phone in place.

Mine ejected the LifeProof cased phone 3 times the first ride out before the fatal instance in which a car in oncoming traffic ran over my phone. The mount for the iPhone 5 is not worth trusting your phone with.

This is so nice. I really like your idea. Thanks for sharing. ucuz iphone 4

Nice case, but I would recommend the Pong Research iPhone case over this. I read that cell phones emit wireless energy a form of non-ionizing electromagnetic radiation, which can be absorbed by the tissue closest to where the phone is held. That's why I did research and found a case that can reduce radiation exposure. I read about Pong Research cases, Pong technology is custom-designed for each mobile device and works to redirect radiation away from your head and body. I hesitated about it, anyway, I bought a case Pong because is the only technology proven in FCC-certified laboratories to reduce the exposure to mobile device radiation by up to 95% below the FCC limit without compromising the device’s ability to communicate.

This is cool. I'd like to buy this for my bicycle. Thank you so much for your idea. telekupon

Super cute idea. I think no one will refuse your idea. telekupon


Thanks for review, it was excellent, orange mobiles

Very nice case. This is a very good idea. I really like it. I have just bought extended iPhone battery case and I am loving it.

Hello, can I use the apple earphones with the life proof case. Thanks

Yes, the Apple earbuds will fit in the case opening, but it won't be watertight. They do ship the case with a earphone extender jack which screws into the case, so your case will still be watertight while listening to your tunes.