Okay, finally my post about my first trip to Interbike.

First off, I have never seen so much bike stuff in one place! I walked into the convention hall, and literally did not know where to start. It was complete sensory overload!

My camera was having issues, so some of the pictures I really wanted didn't turn out. Still, here are the first batch of pictures from the show. 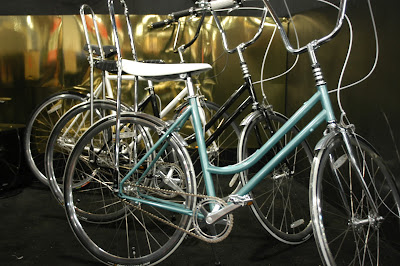 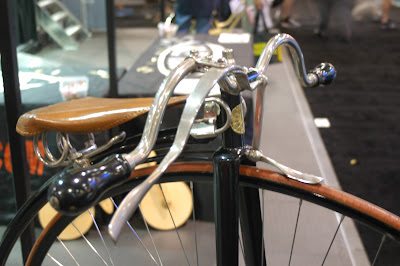 I would hate to try stopping this pennyfarthing if the roads were wet! 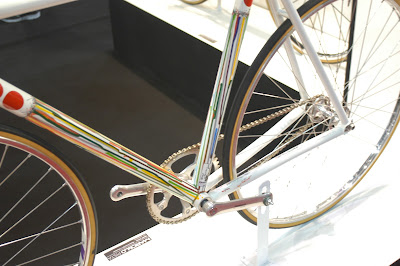 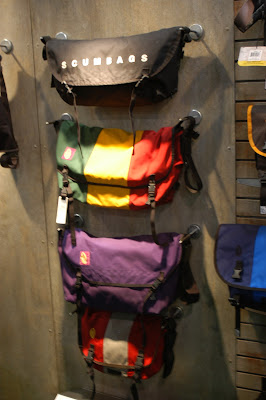 Timbuk2. We all know my about my obsession. 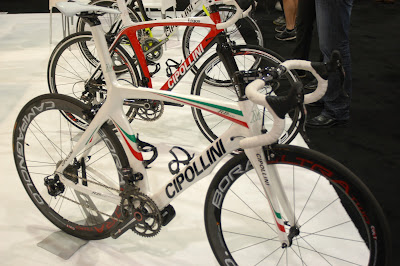 I heard after the show that Mario Ciopllini was there, but I didn't get a chance to see him. 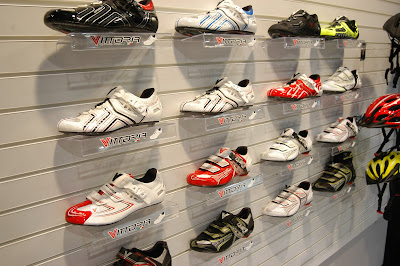 Vittoria (no relation to the tire company) shoes. Nice! 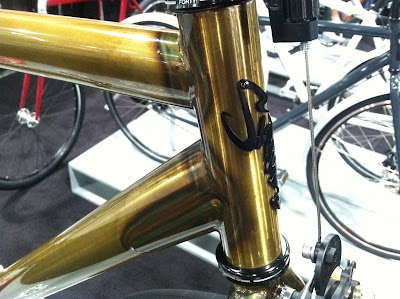 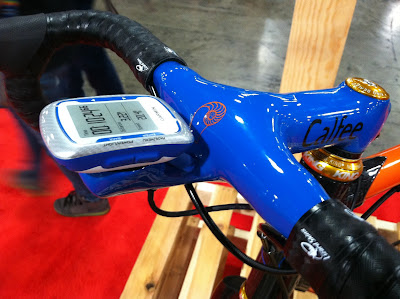 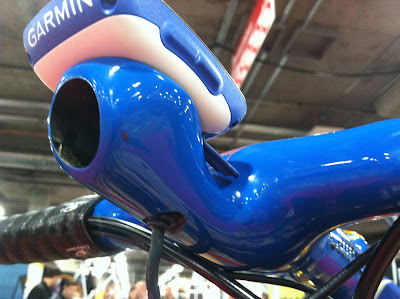 Incredible bar and stem with an integrated Garmin mount from Calfee. 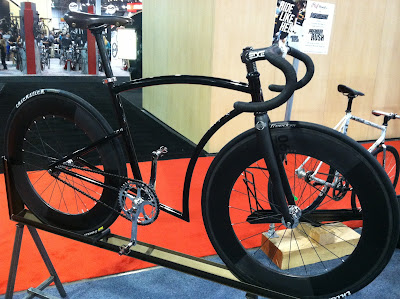 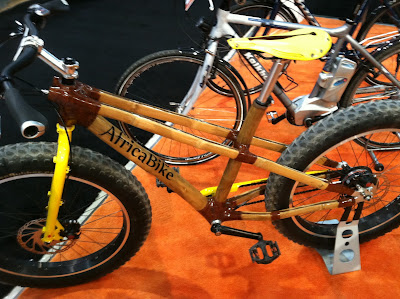 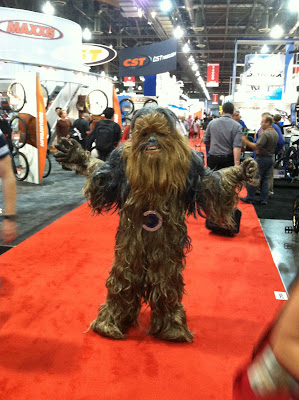 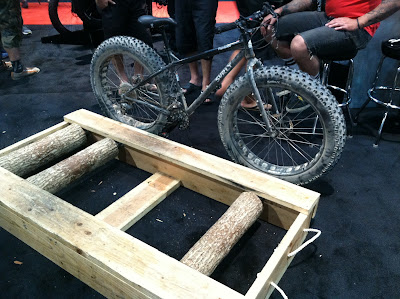 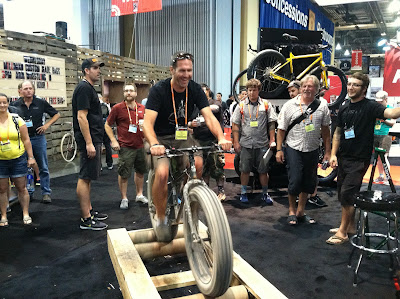 Surly made some rollers out of logs and 2x4's. I couldn't pass up another ride on the Moonlander! 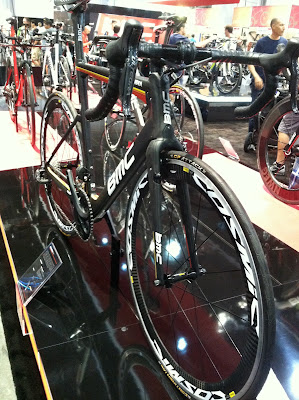 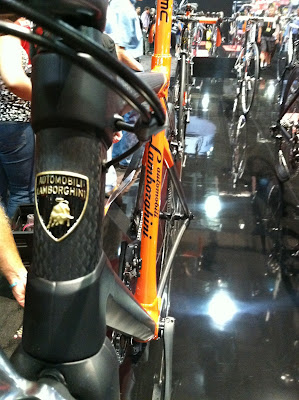 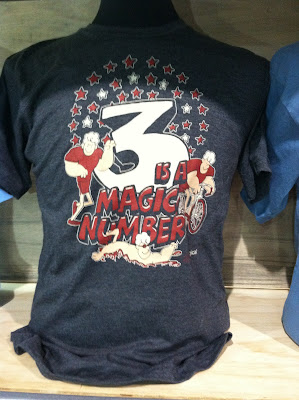 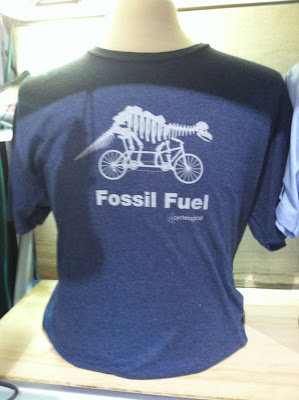 A couple of new shirts from our friends at Cyclelogical. 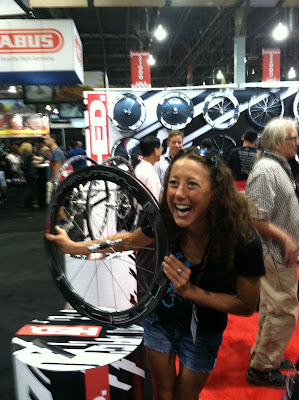 There were Celebrities everywhere. I managed to get this picture of  4x Ironman World Champion Chrissie Wellington as she was visiting the Hed Booth. 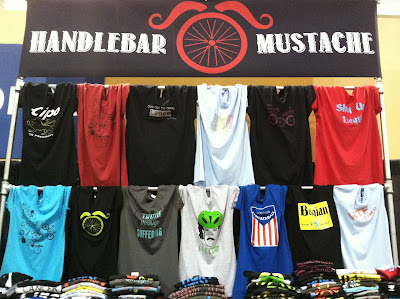 Some great shirts from Handlebar Mustache. 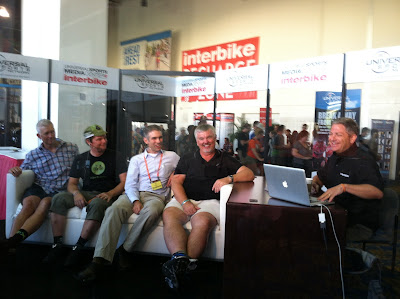