I Got a Professional Bike Fit

This past weekend, I had the opportunity to do something that every serious cyclist should do, get a professional bike fit.

I actually won my fit at Trek of American Fork thru a FaceBook contest. They recently added a Fit Studio to their store, and were giving away a fitting to commemorate the addition.

I usually end long rides with a sore back, or shoulders, or both, and the possibility of eliminating that had me excited to get fitted.

The process started with a call to Trek of AF to set up the appointment. Kris, the owner said she would be the one doing the fitting, and asked if I could drop the bike off a few days before so they could get the initial measurements of it. She also told me what I would need the day of the fitting – shoes, kit, helmet (if I wanted to go for a ride after) etc… 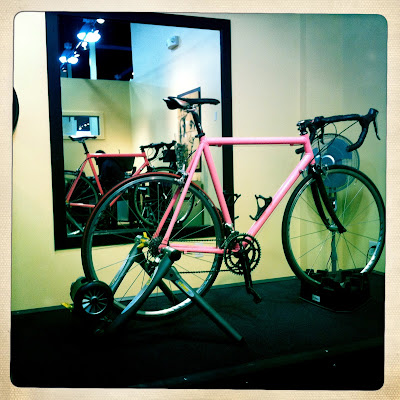 I arrived for the fit (the bike was dropped off the previous weekend, and was set up on the trainer waiting for me). Kris sat me down explained the process. First, before I got on the bike, she took me through a comprehensive rider interview, to determine what type of rider I felt I was, and what I hoped to get out of the fitting. 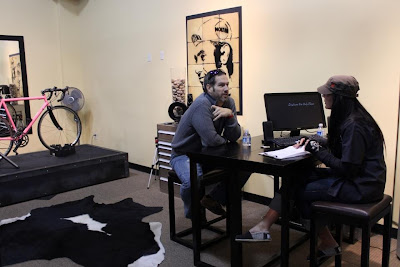 All pictures, unless otherwise noted are borrowed from Trek AF's Facebook page. 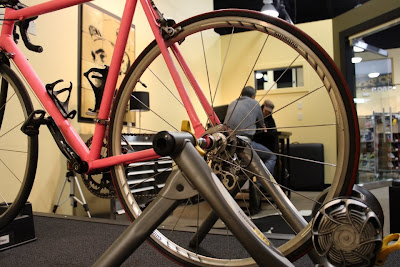 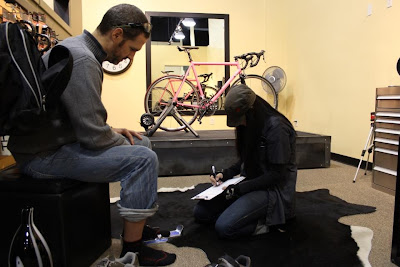 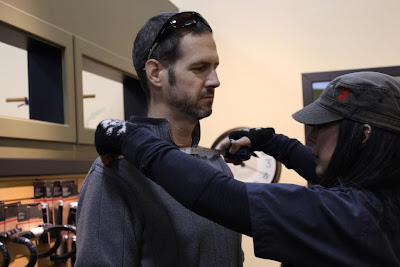 Then, she had me kit up, get on the bike and warm up while she took some “before” videos of my position and technique. After I warmed up, she took some body measurements and performed some flexibility/ROM tests. I learned a couple of things from this portion of the fitting: 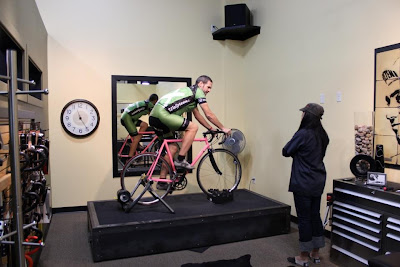 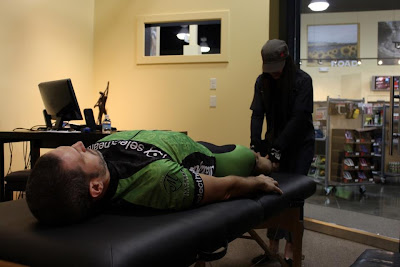 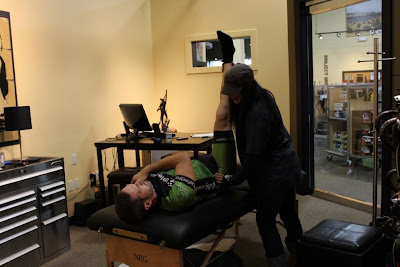 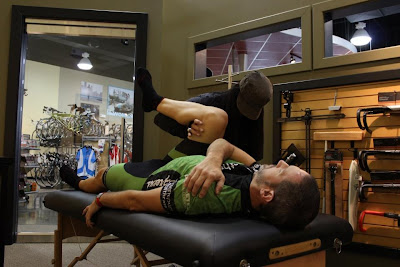 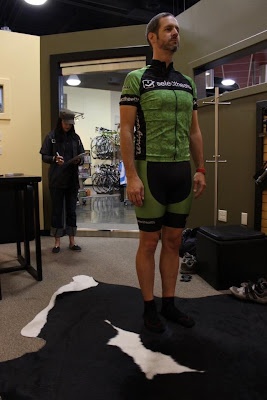 Then, back on the bike for some more position videos, She used a laser to record the position of my knee during my pedal stroke, and observed my position from various angles. 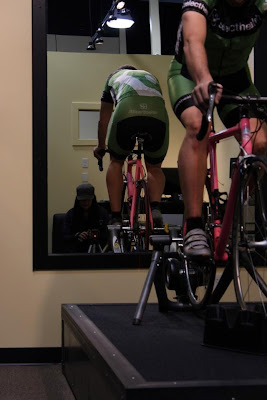 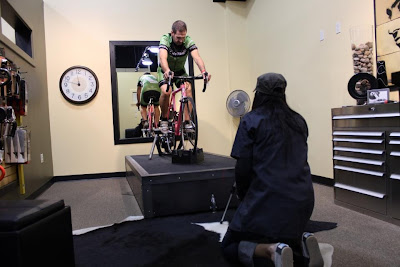 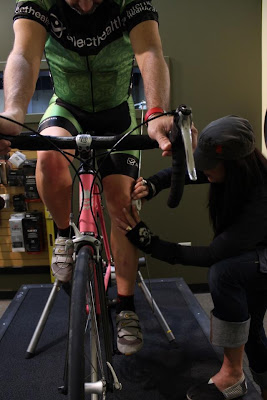 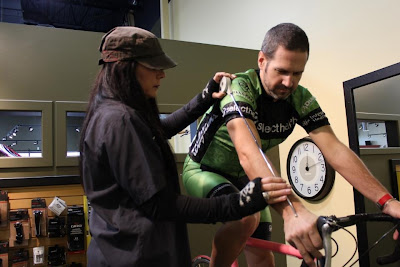 Finally, she went over her observations about my riding position with me.

Just kidding. But, there was a lot of changes that needed to be made. First off, I was too stretched out. My bars were too low, and my stem was too long for my body. My saddle height and fore/aft needed to be adjusted, and she wanted to shim my right cleat to compensate for the difference in leg length. She also suggested double wrapping the left side bar tape to allow for the slight difference in arm position caused by my shoulder injuries.

After she was satisfied with my improved position (I should say after “we” were satisfied, after every change, she would ask me how it felt, and if I noticed a difference), she took some “after” videos and more laser lines on my knees to record my improved pedal stroke.

So, did I notice a difference? Yes! As I said before, I was way too stretched out on the bike, She swapped my stem for a shorter length stem, and flipped it upside down (I had my previous stem flat, so I had to “reach” for it, which caused me to arch my back) so I was sitting more upright. She also raised my saddle by almost 2 cm, and moved the saddle forward. The videos showed the difference, Before, I was moving around on the saddle quite a bit with every pedal stroke (she used the term “humping the saddle” at one point). After, my body was markedly quieter.

I was going to take the bike out for a ride, to feel the difference out on the roads, but the weather decided to be uncooperative, and it started to pour, so my ride amounted to a couple of laps around the block in the rain. I will say that it did feel remarkably better during that 2 mile ride. I can’t wait for a free, nice weekend so I can get out for a longer ride!

Back inside for Kris to record the final position. This way, If I change anything (saddle, bars, etc…) I can take it back, and she can set it up back to that ideal position. 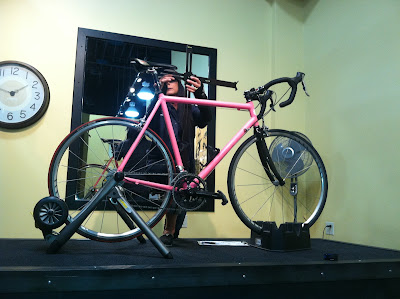 The cost for a professional SICI fit is $150, which includes the measurements, assessment and video. Anything such as cleat shims, or any other items necessary for a proper fitting (stem, bar tape, etc…) would be in addition to the fit. As I said at the beginning, I received the fit as a prize from a drawing, which included the fit, and $100 store credit. After all was done, I still had to cover some expenses myself.

Is it worth it? If you are serious about cycling, then I would say absolutely! What good is that expensive bike if you won’t ride it because your back hurts every time you go around the block. It is pricey, but look at it this way. If you are considering upgrading something on your bike, such as getting that new carbon bar, or new wheelset, put off that purchase, and get a fit instead.

Thanks again to Kris, and all of the guys at Trek of American Fork!
Posted by Bike Junkie at 1:31 PM

So glad your fitting was a great experience. Thanks for the props on your blog! Jeff

So glad you enjoyed your fitting experience and thank you for sharing it on your blog! Can't believe I didn't see this sooner, Hope you are doing well!
Jeff
Trek of AF