My second day of Outdoor Retailer was much like the first, I walked around and tried to catch the booths that I missed on the previous day.

Again, I found some interesting products that I hope to talk about in more detail later on. Until then, some more pics... 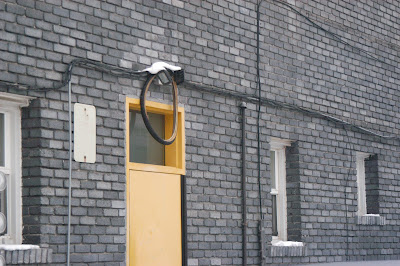 Saw this behind an apartment building as I was walking to the show. Why do they have a tire above the door? I don't know. Maybe it's some secret code - like a hanger on the doorknob. 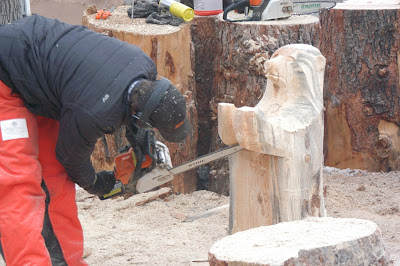 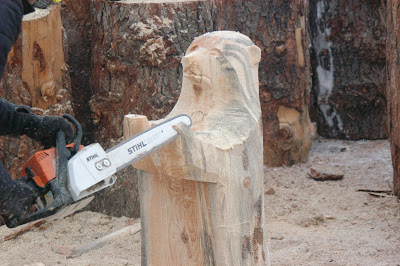 Someone was doing a little chainsaw carving out in front of the Salt Palace. 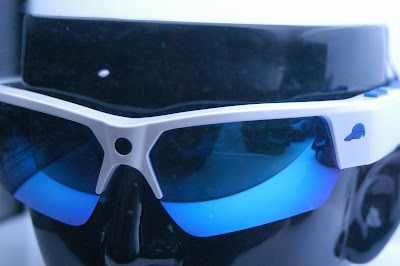 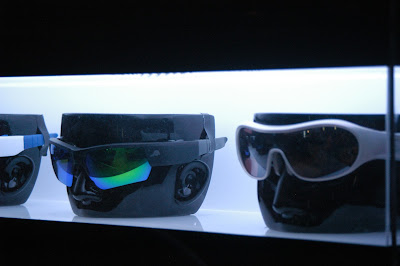 I talked about Pivot Head (back then, they were known as Pivot Video) 2 years ago. After some production delays, they are finally out to market with a full 1080p hi-def video camera built into the nose bridge of your sunglasses. Several styles are available. Still think this is a pretty cool concept. 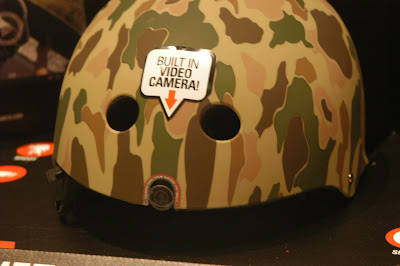 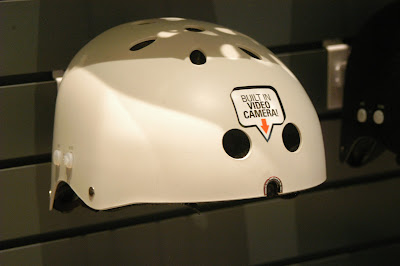 And here is another POV camera, from Video Head Helmets only this time, it is built into the helmet. Expected to be to market around May. They have 3 models, with resolutions from VGA to 1080p. The controls are easily accessable on the side of the helmet, and there is a visual (and audible, on the higher priced model) cue to let you know when you are recording. 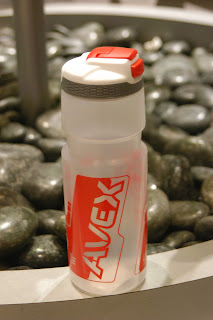 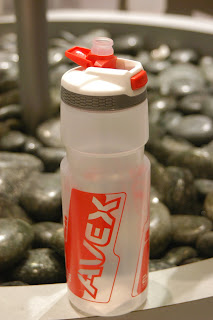 I have found a new contender in my upcomming (eventually) "water bottle shootout" post. The Pecos Autospout from Avex is a BPA-free bottle with a unique twist. Not only does it have a spill-proof valve, the spout is protected from dirt when you aren't drinking by a cover that is easliy opened by the push of a button. It's simple one-handed operation is what makes this bottle shine. Insulated and un-insulated versions are available. 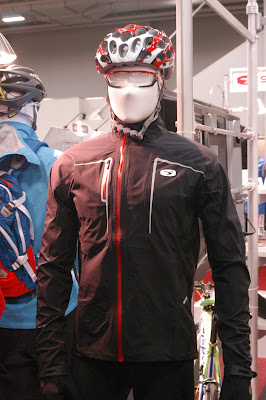 Very nice Waterproof jacket from Sugoi. The material has a high breathability, yet still will keep you dry. 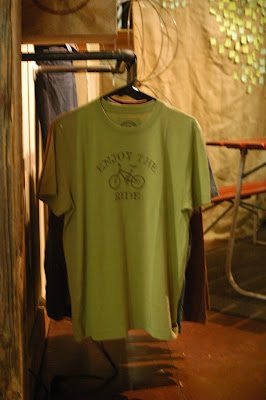 Yes, another shirt. Who's surprised? This one from Life is Good has a familiar message, especially for those of you who listen to the FredCast podcast. 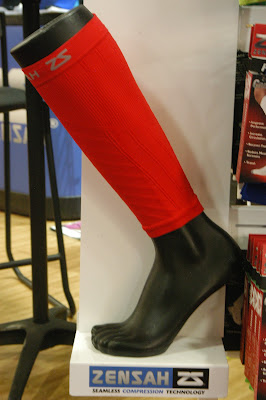 The fine folks at Zensah gave me some compression sleves to try out. Just wearing them while walking around the convention center helped immensely! 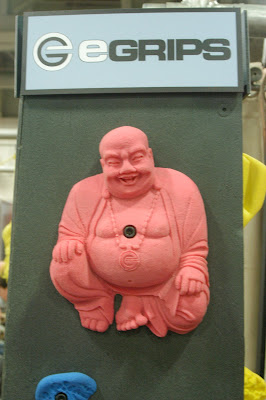 Not bike-related, but who wouldn't love to have Budda give them a hand on their climbing wall? 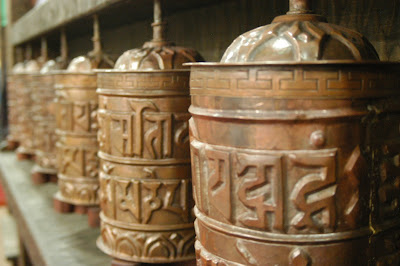 Until next time,  Om Mani Padme Hum!
Posted by Bike Junkie at 10:44 AM

Email ThisBlogThis!Share to TwitterShare to FacebookShare to Pinterest
Labels: ORShow