The Year of the Bike

The Shēngxiào, or Chinese Zodiac says that this is the Year of the Snake. 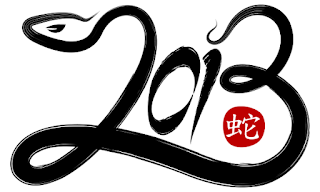 If you believe, PF Chang's, it is the year of the Dragon, again... 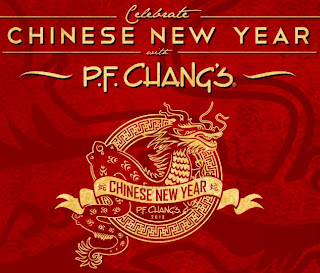 But here in Salt Lake City, it is the Year of the Bike.

To recognize the numerous infrastructure changes and events that are happening this year in Salt Lake City, and County, Mayor Ralph Becker has designated 2013 as the year of the bike.

Mayor Becker announced this at a press conference at the City/County building earlier today. 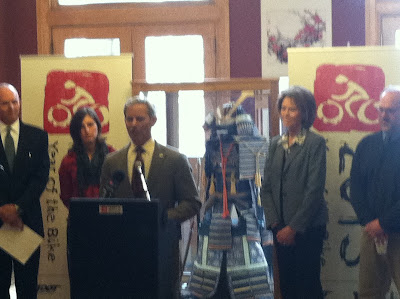 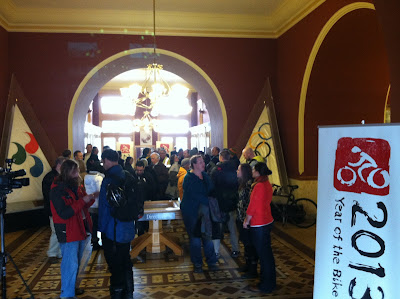 ﻿
Some of the highlights (for me, at least) in the presentation was the announcement by the General Manager of UTA saying that they are increasing the number of bikes that each city and express bus can hold from 2 to 3, and starting this month, they are installing hooks in the TRAX cars to better hold bikes. Also, a representative from UDOT spoke, and announced that they would be working on increasing bicycle infrastructure by narrowing drive lanes, and painting bike lanes where possible when they re-surface roads. They also announced that they will be working on some bicycle-specific signals - signals that will be able to detect when there is a cyclist at the intersection, so they won't have to wait for a car to come to trip the signal, or run the light.

A list of several of the events coming up this year can be found at the BikeSLC website.

What are you waiting for? Get out and ride, and  enjoy the Year of the Bike! 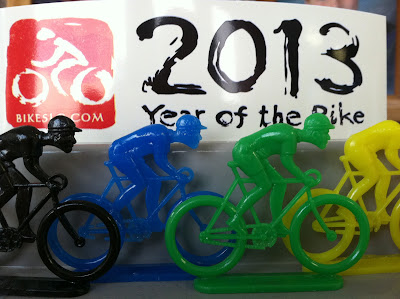