It's not an official part of Interbike, but it is one of the events that I look forward to the most. The 9th annual Bike Hugger Mobile Social, presented by New Belgium Brewing and Tern Bicycles left the convention center Thursday night for a leasurely ride up the strip to Freemont Street where libations and screen-printed coozies could be procured.

This year, instead of riding my own bike, Tern let me ride one of their folding bikes. The only down side to that is they collect the bikes at the end of the ride. From there, you are on your own to get back to your hotel via bus, taxi, or a very understanding wife who came downtown and collected you and a couple of friends. 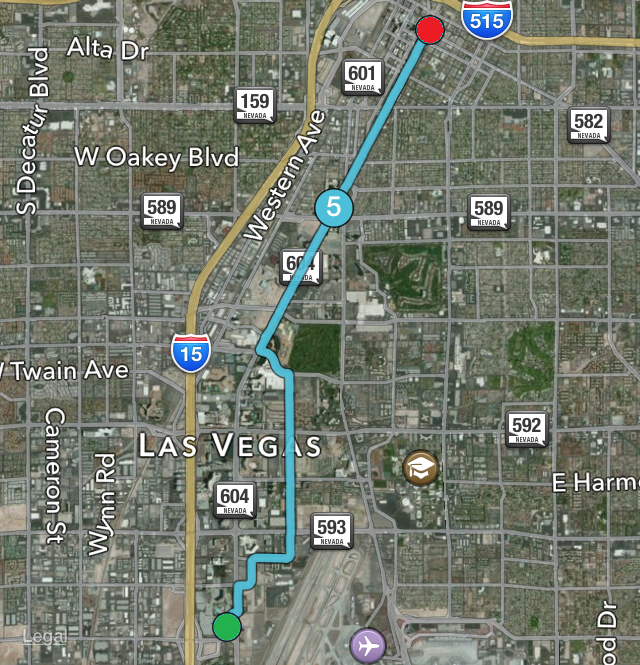 The route. It doesn't jump back on the strip until just past the Palazzo on Sands Blvd. 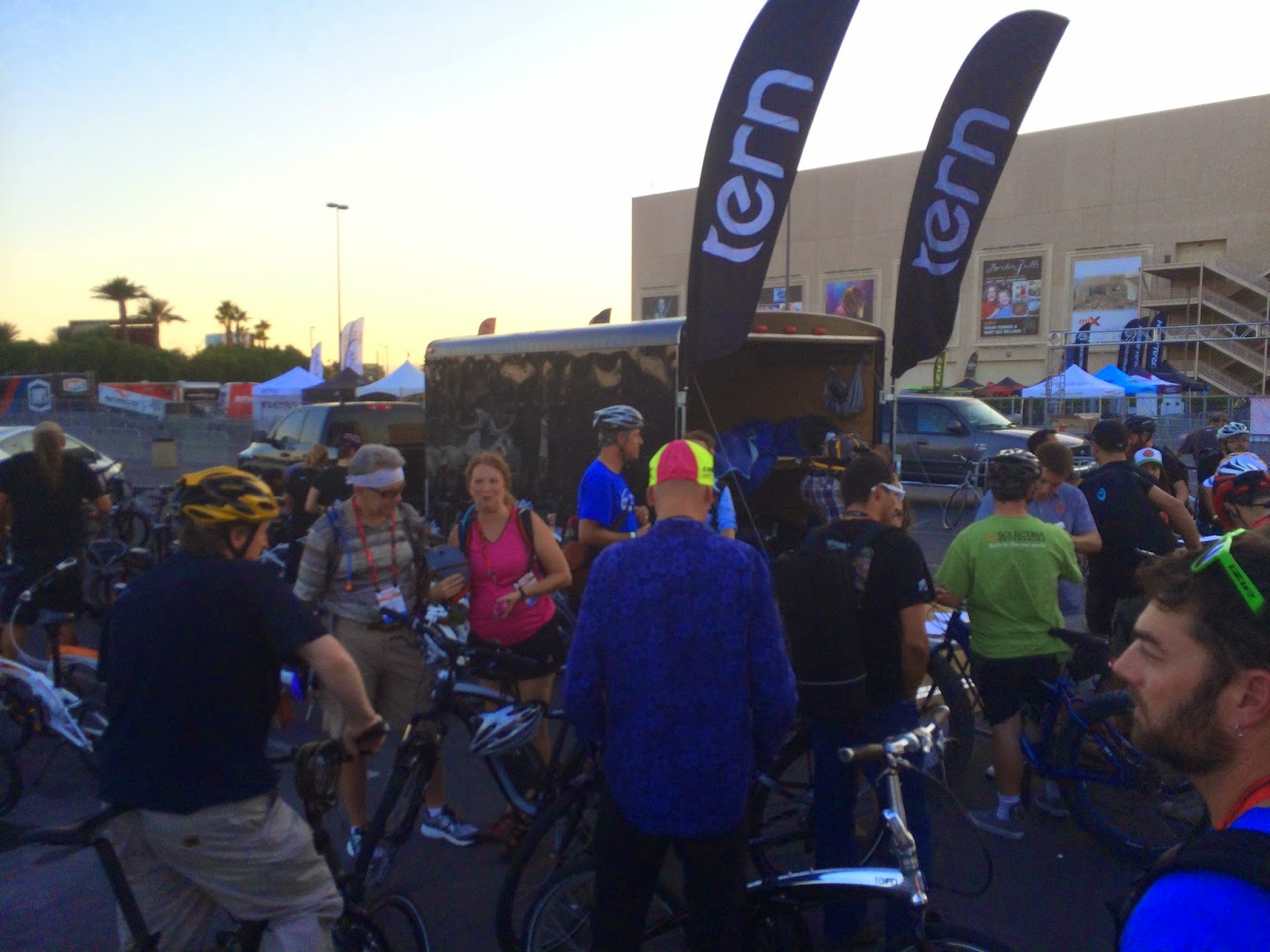 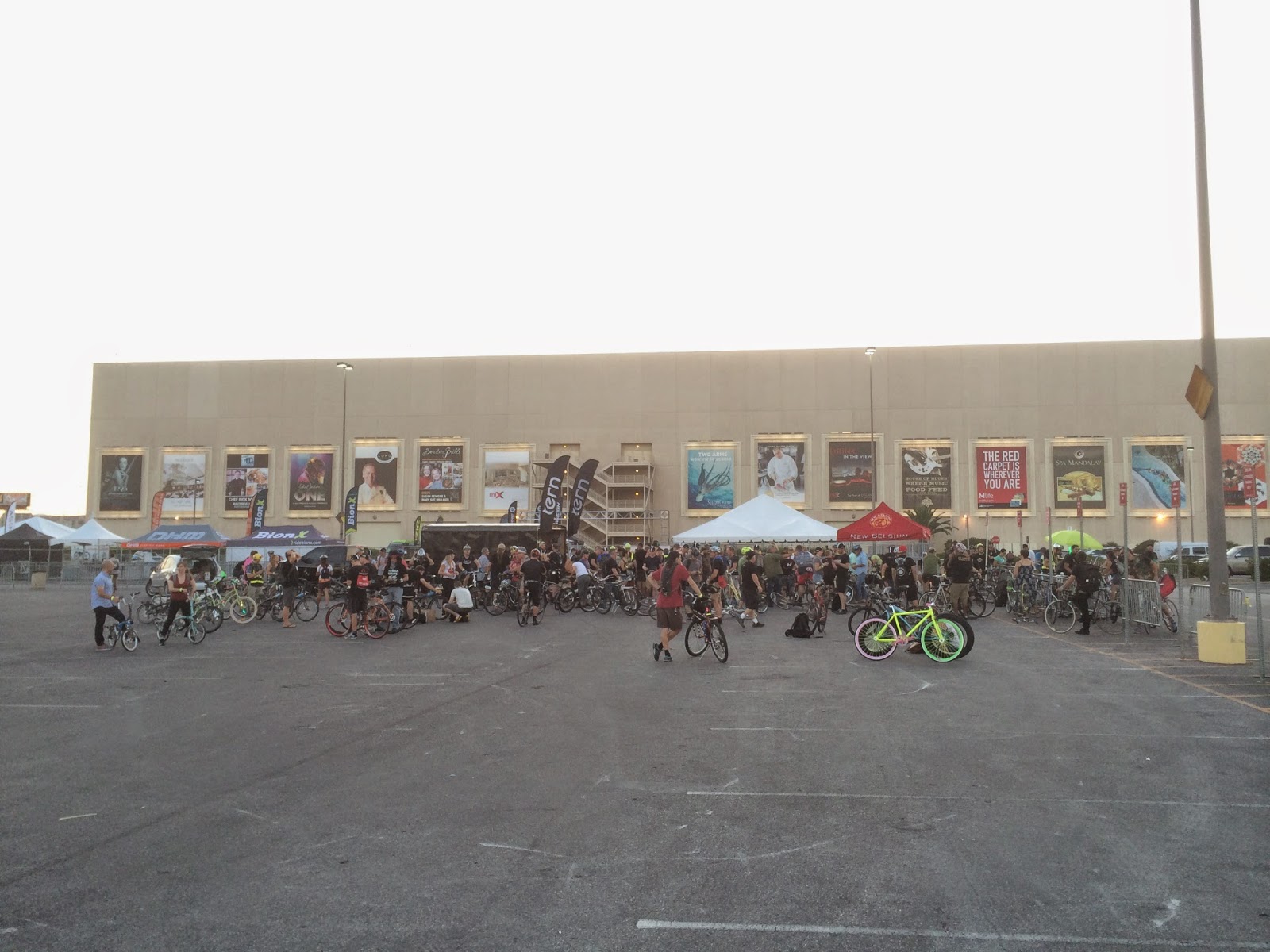 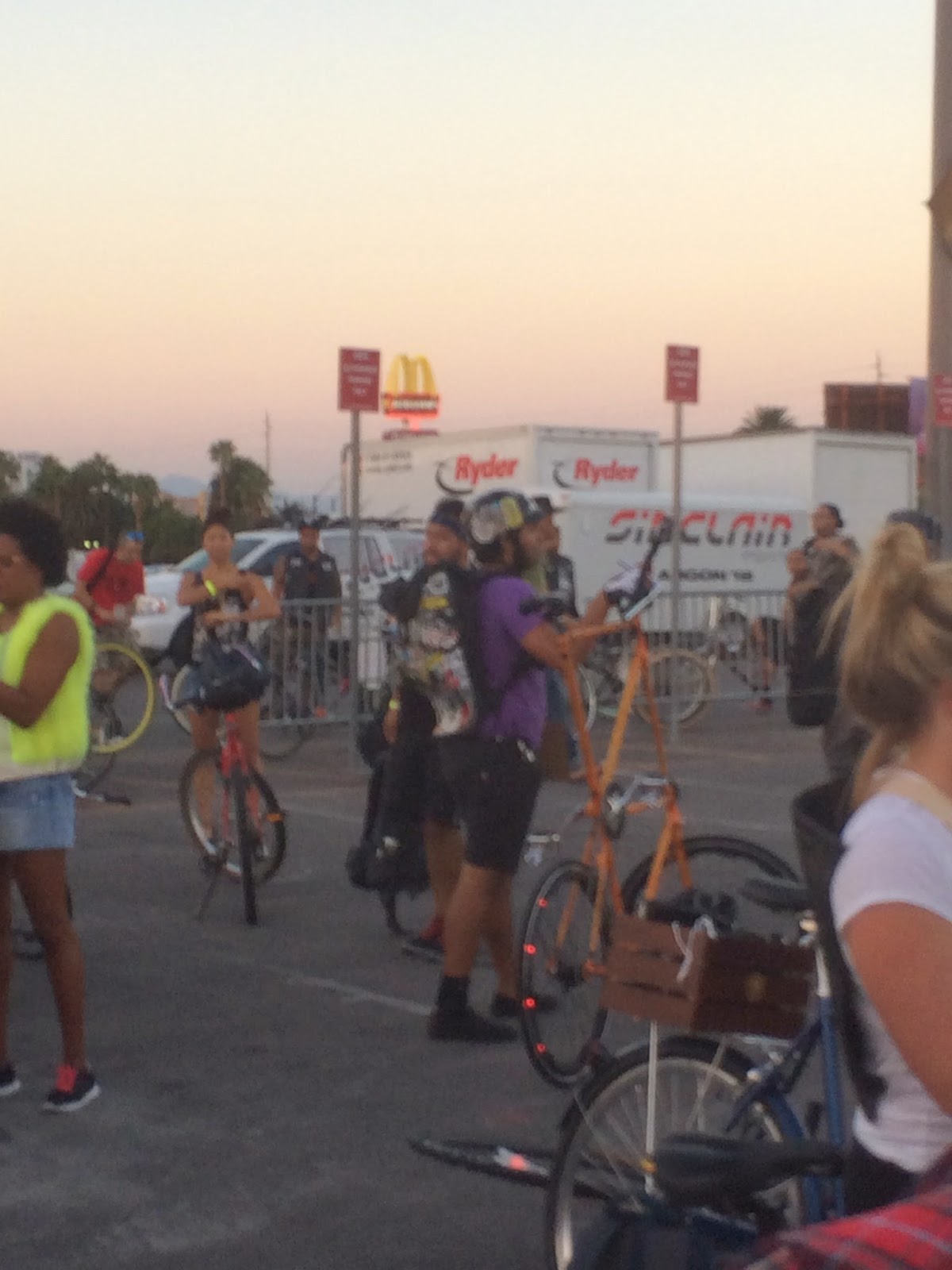 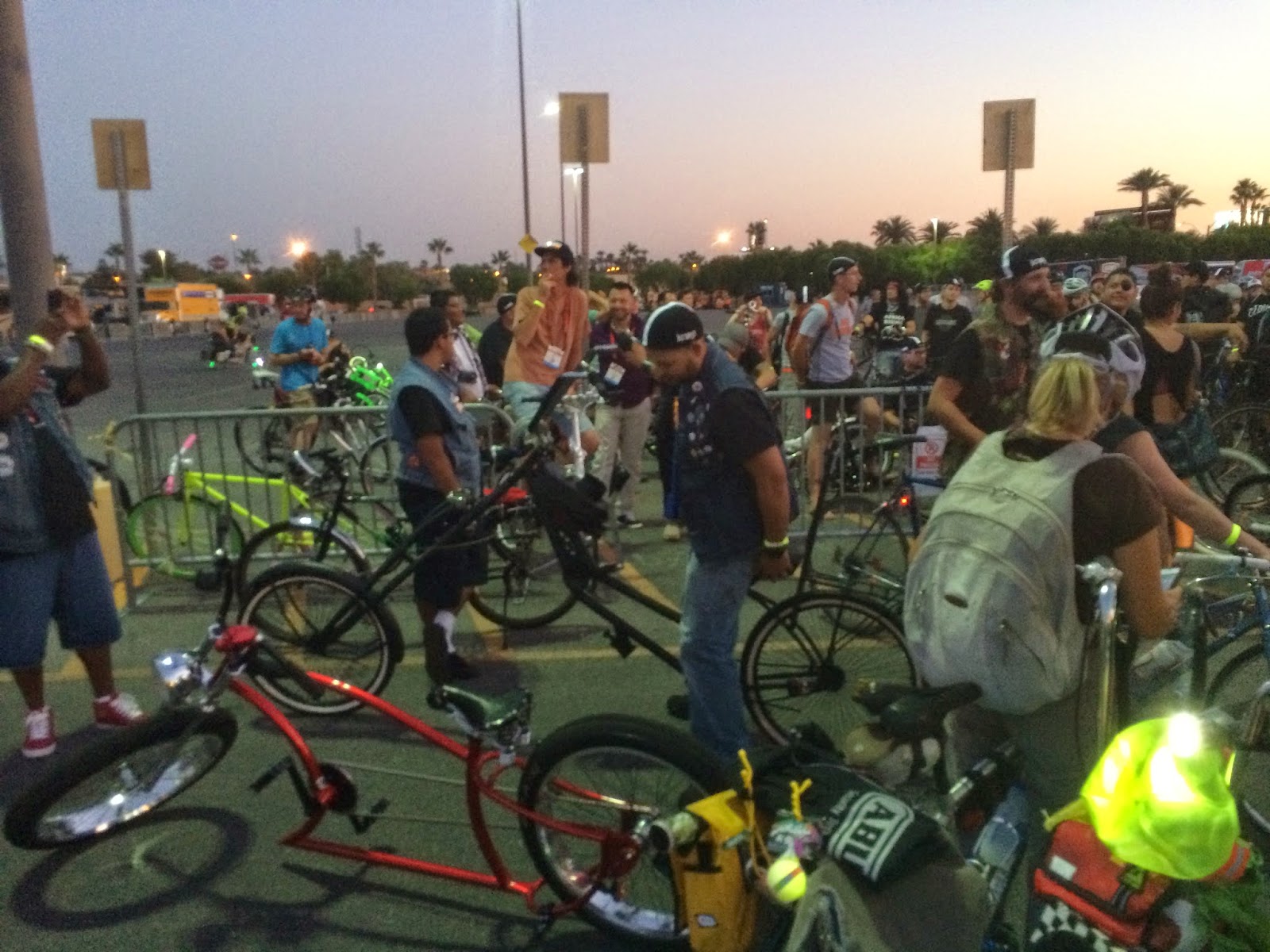 As always, a good sized crowd showed up. Since it isn't an official Interbike event, it is open to anyone who shows up. There were a couple of local "bike" gangs that rode along with us. 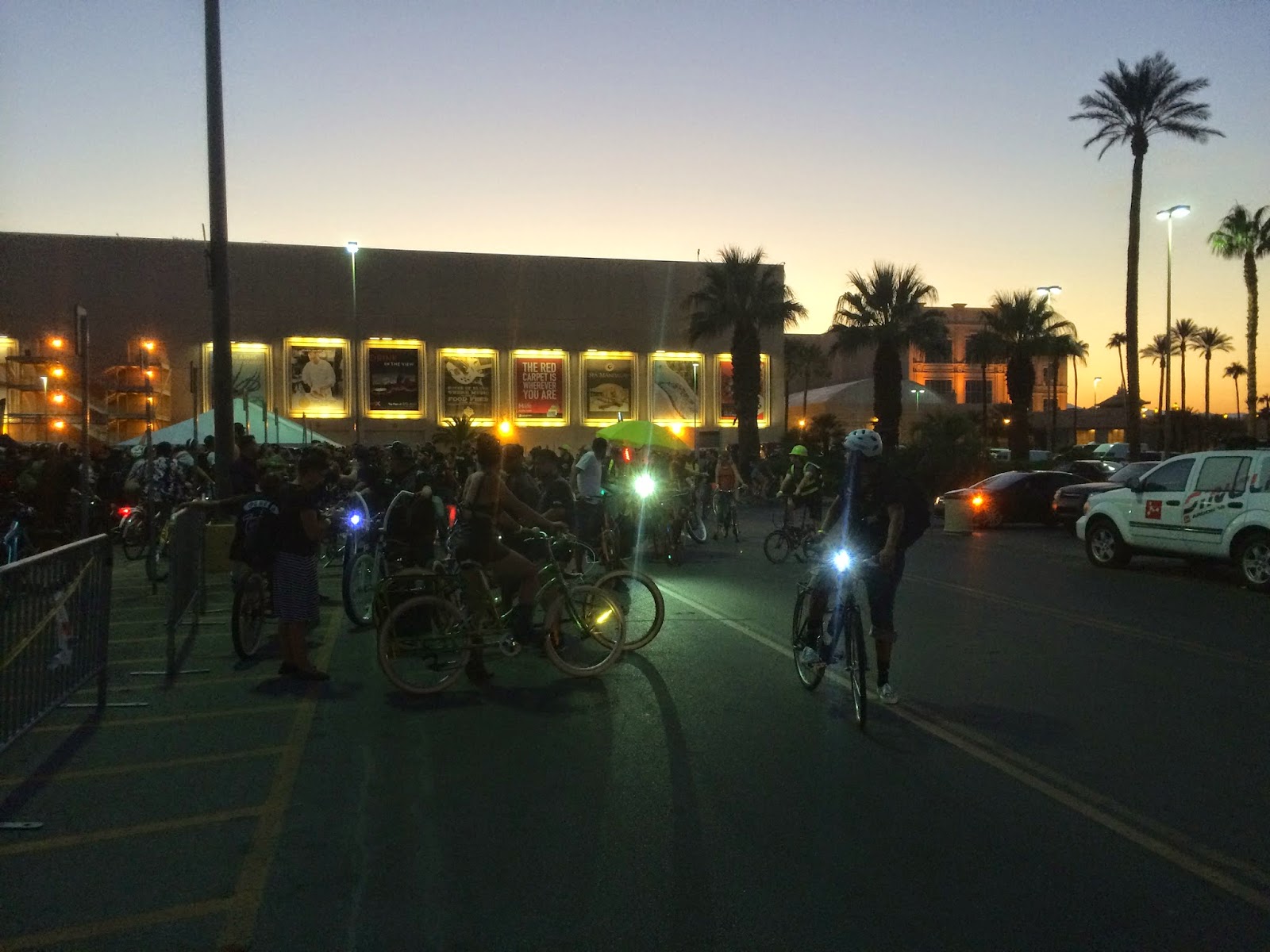 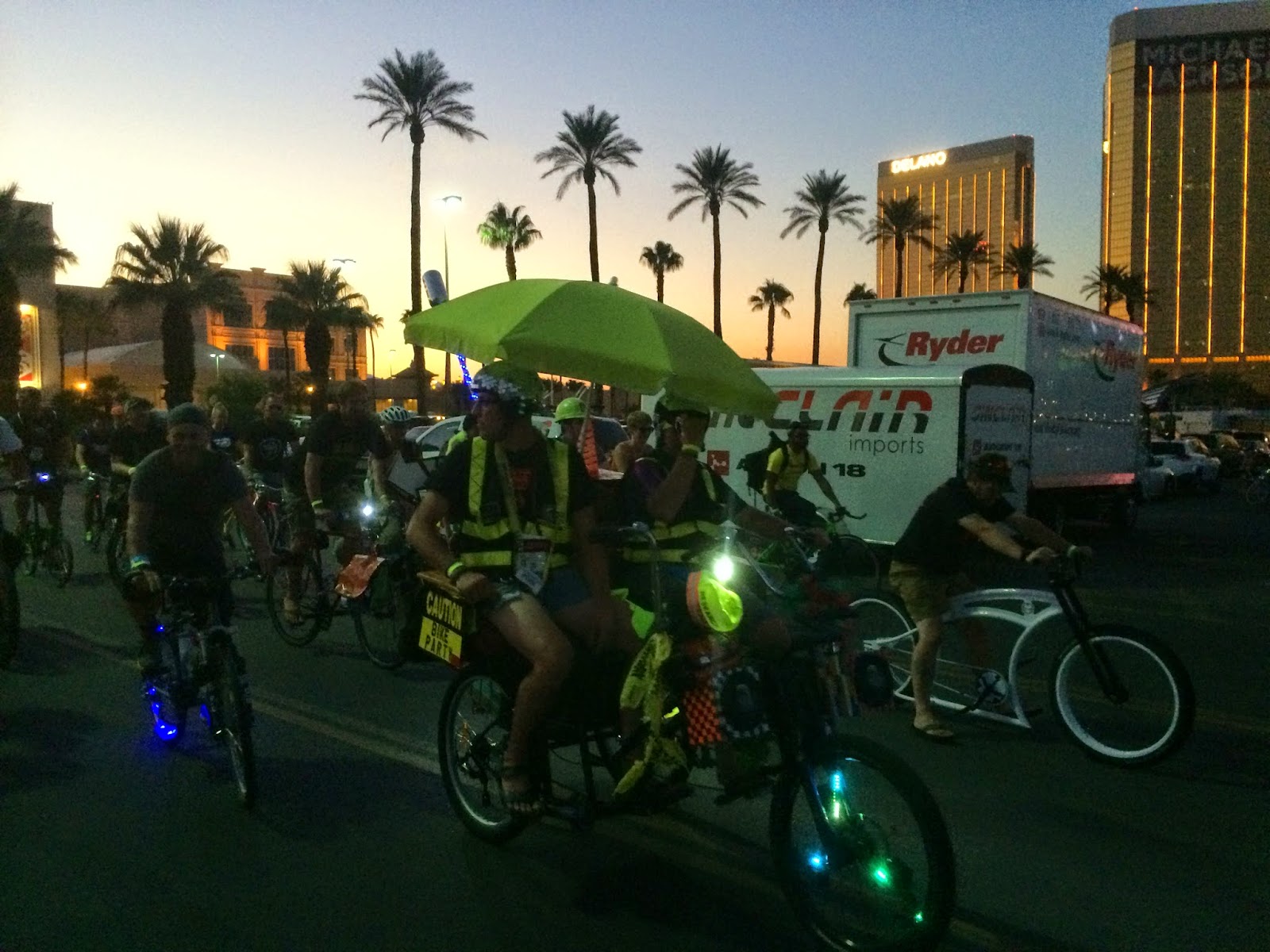 The guys from Green Guru once again provided the musical accompaniment to the ride. 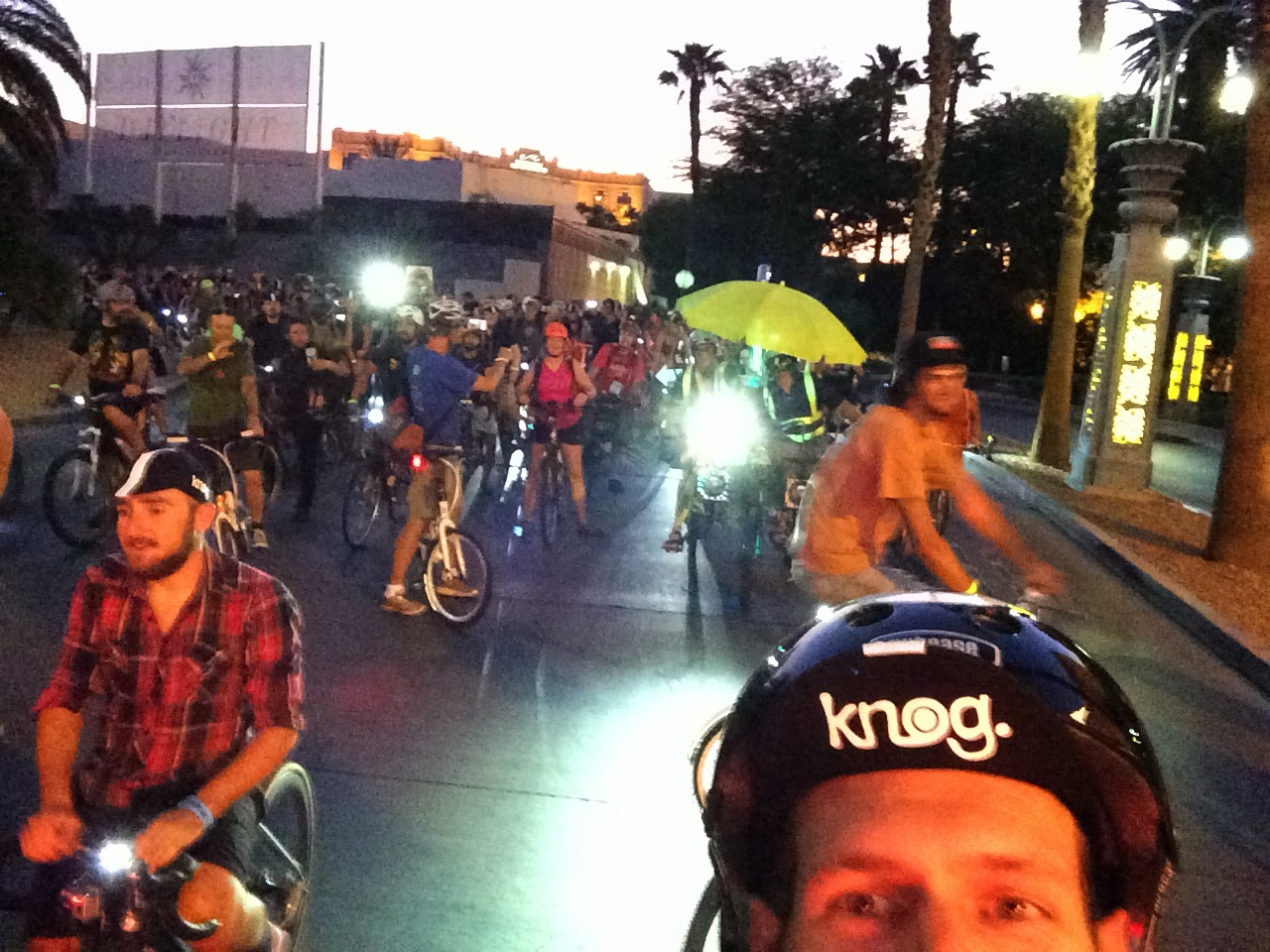 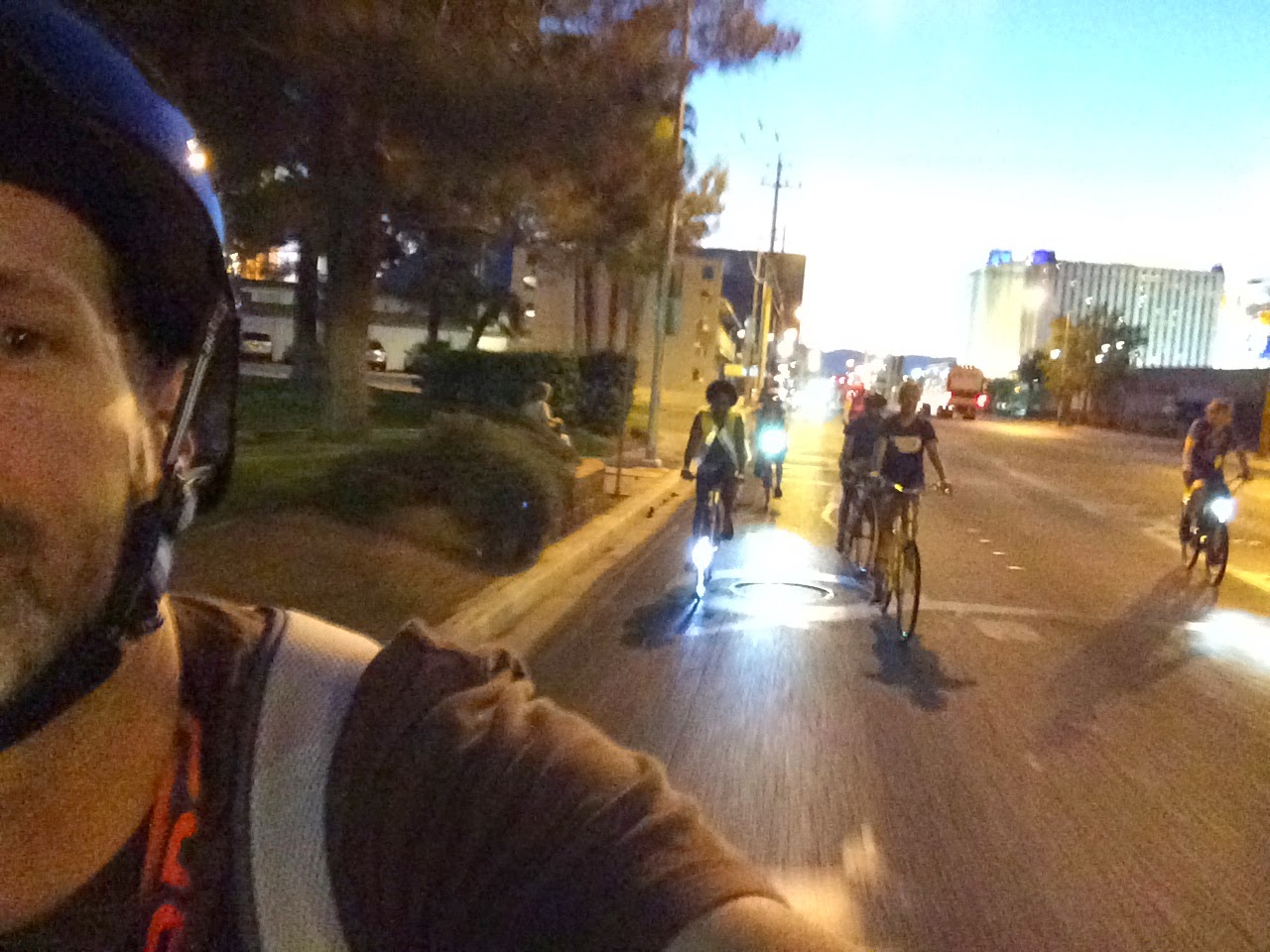 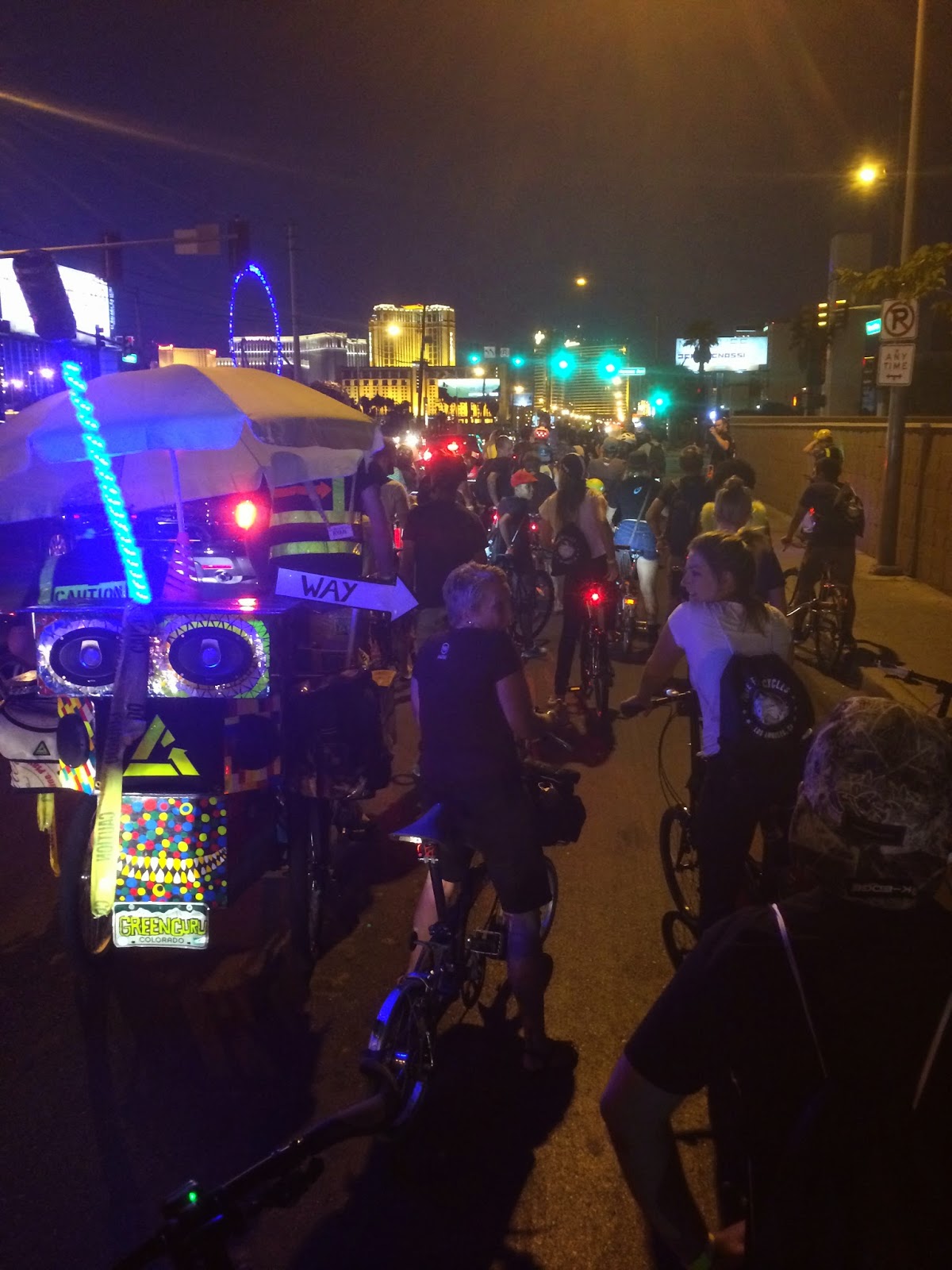 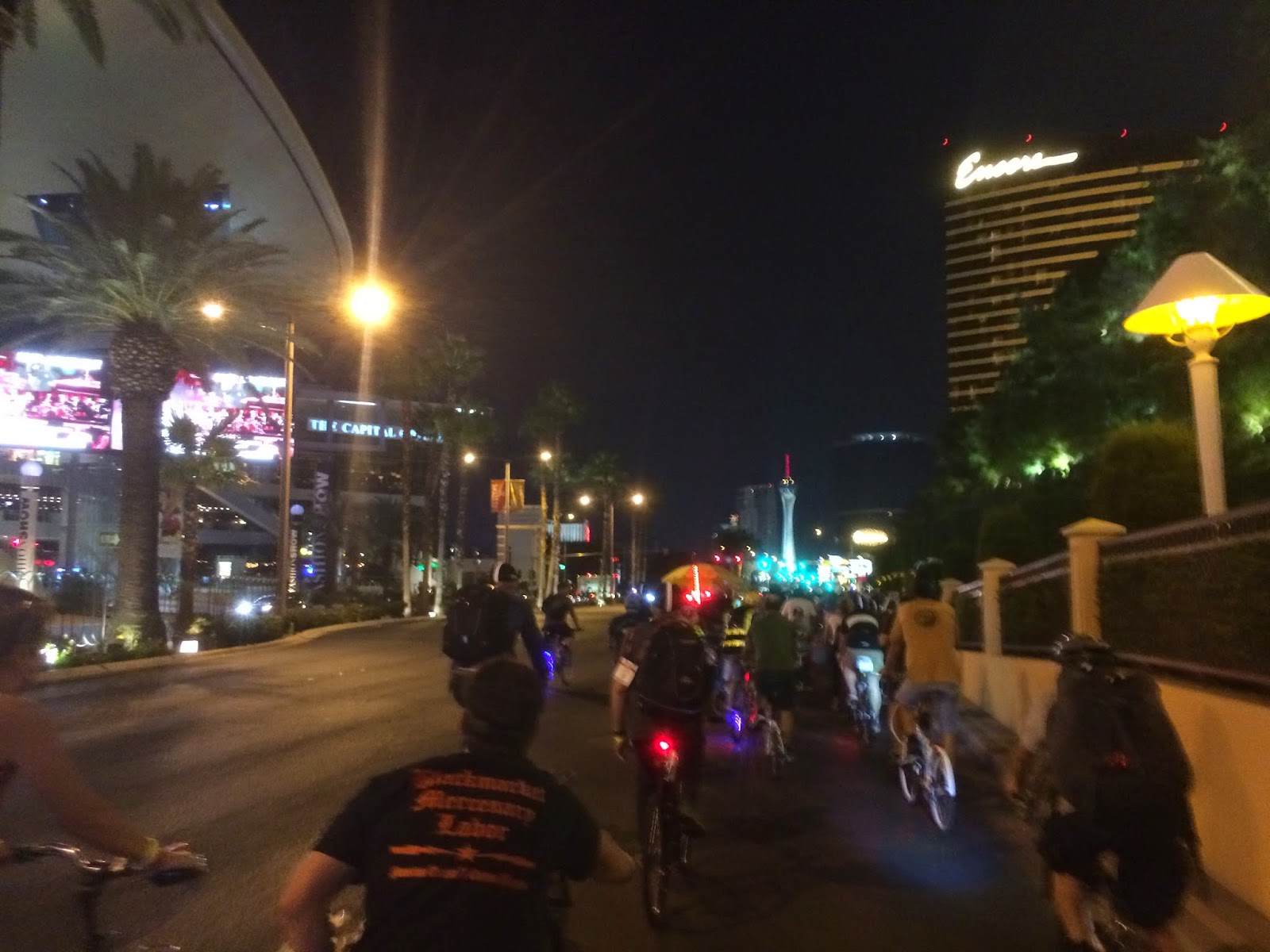 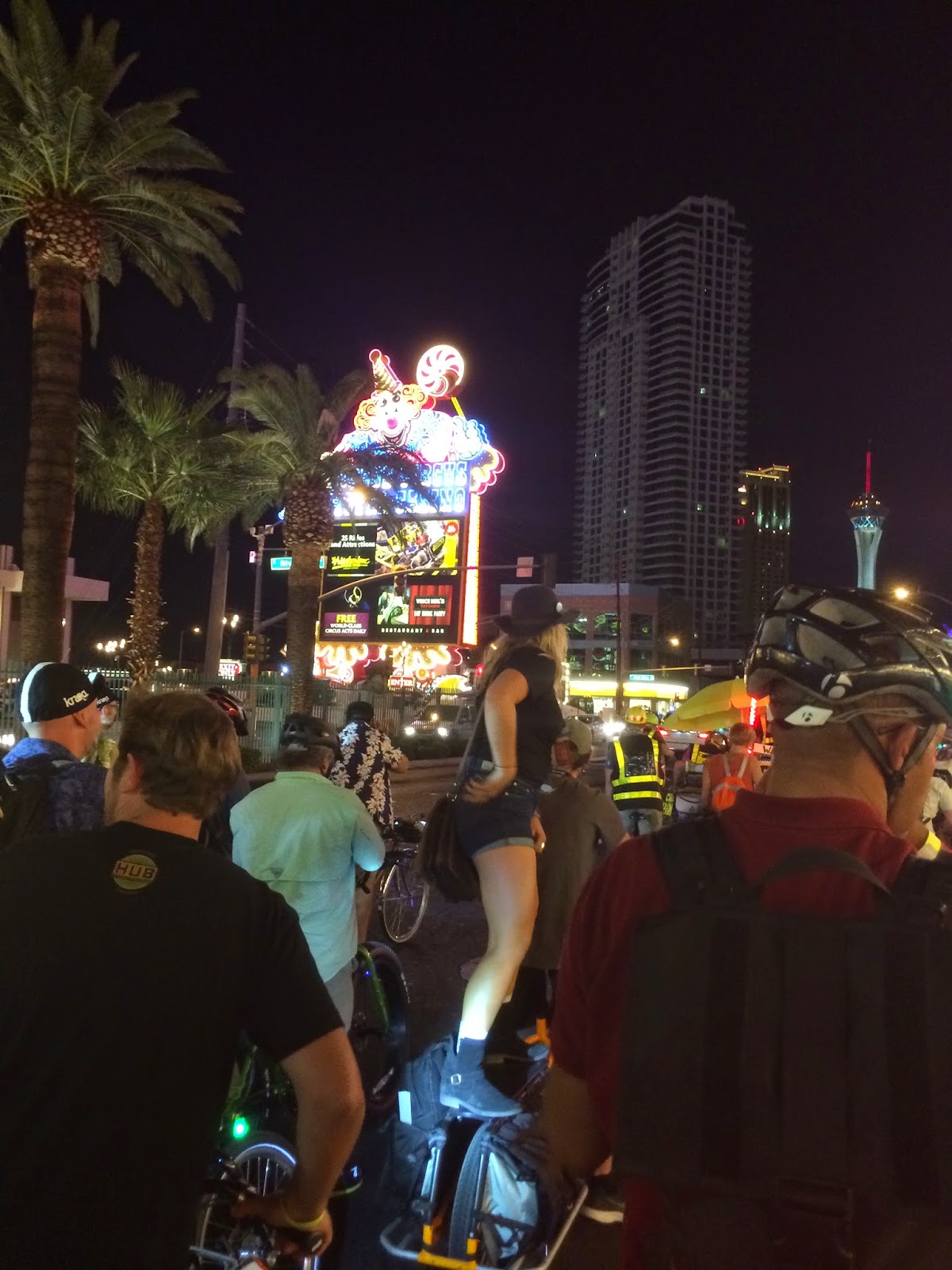 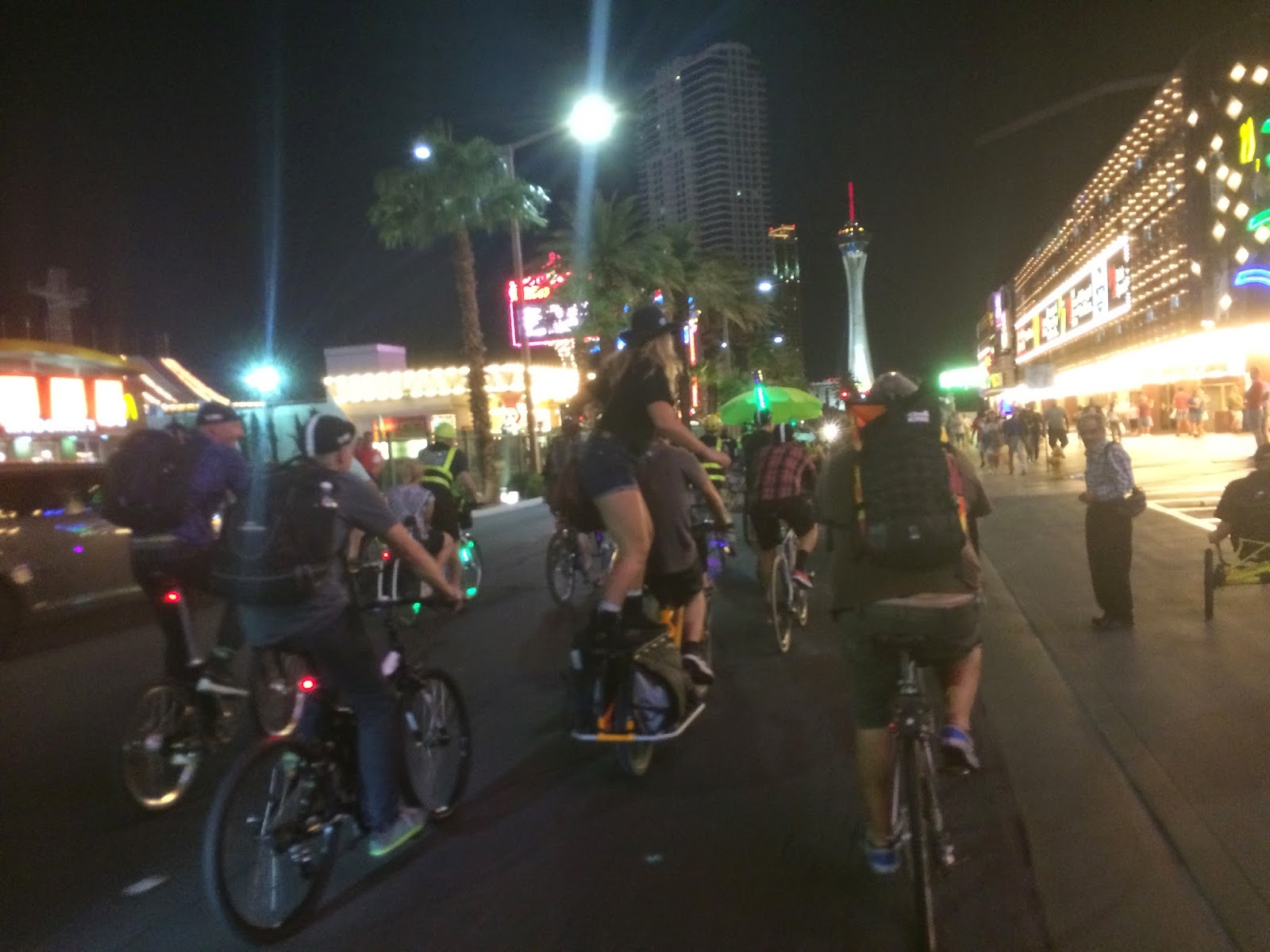 She is surfing on the back of an xtracycle. Yes, this is a fun ride. 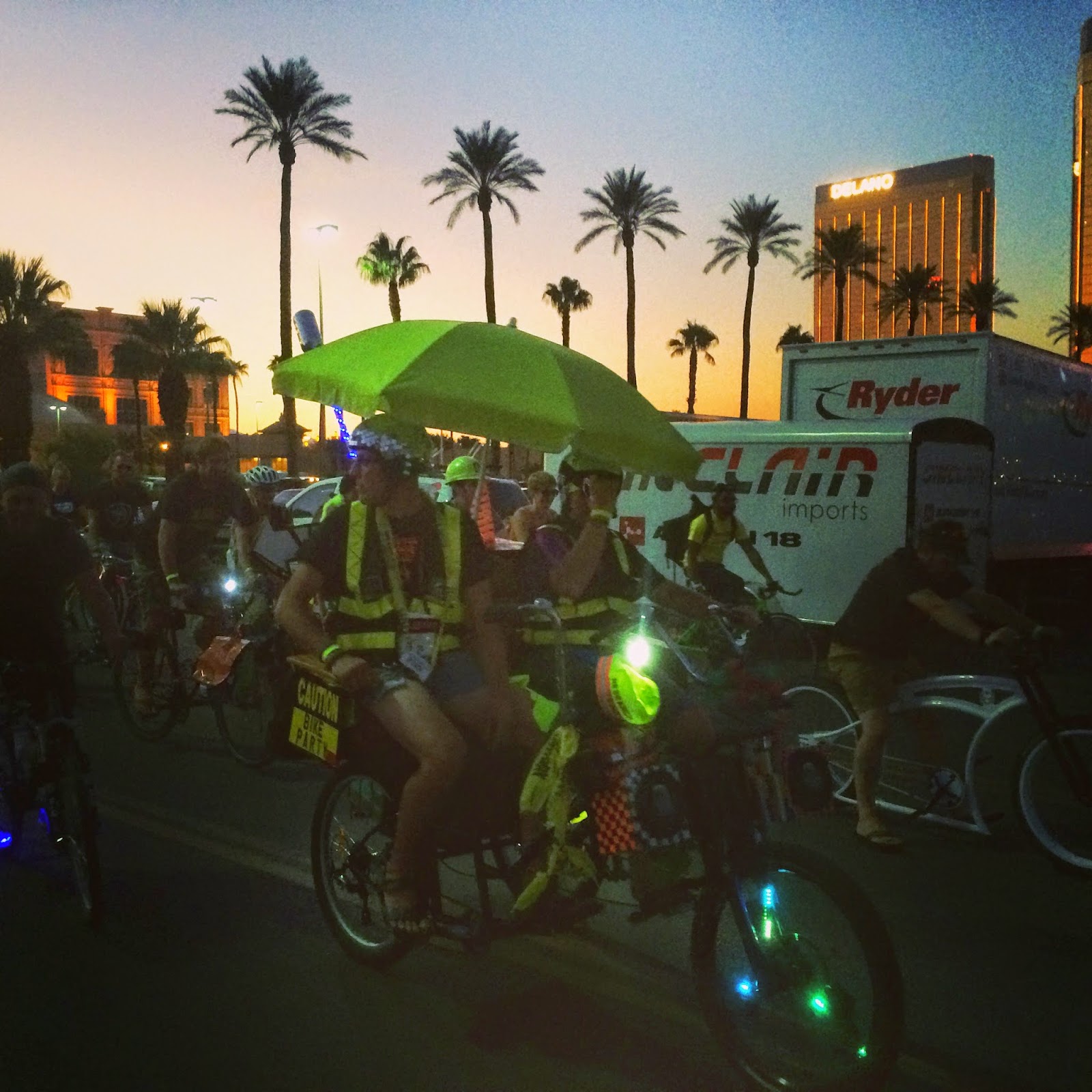 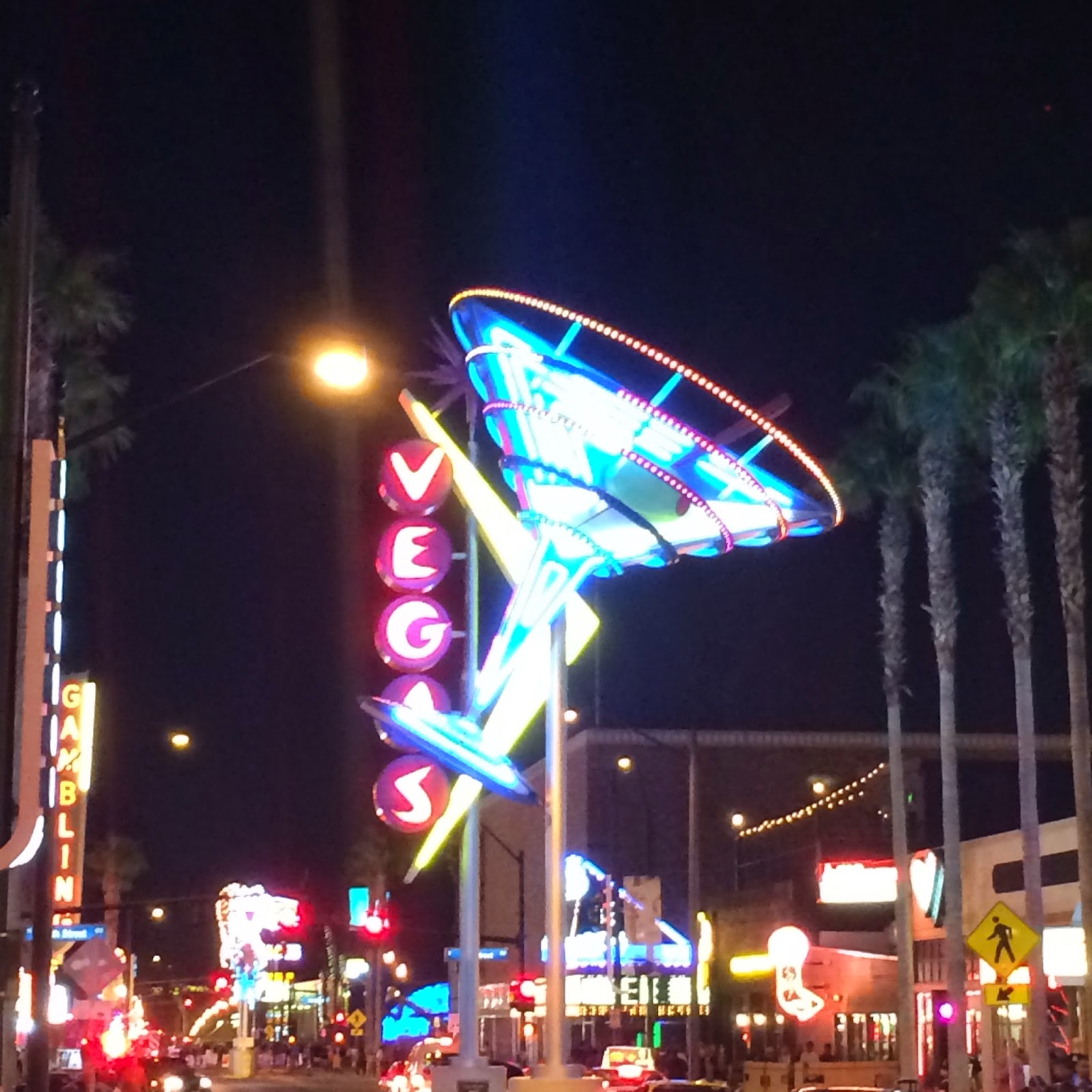 Freemont Street, the end of our ride. 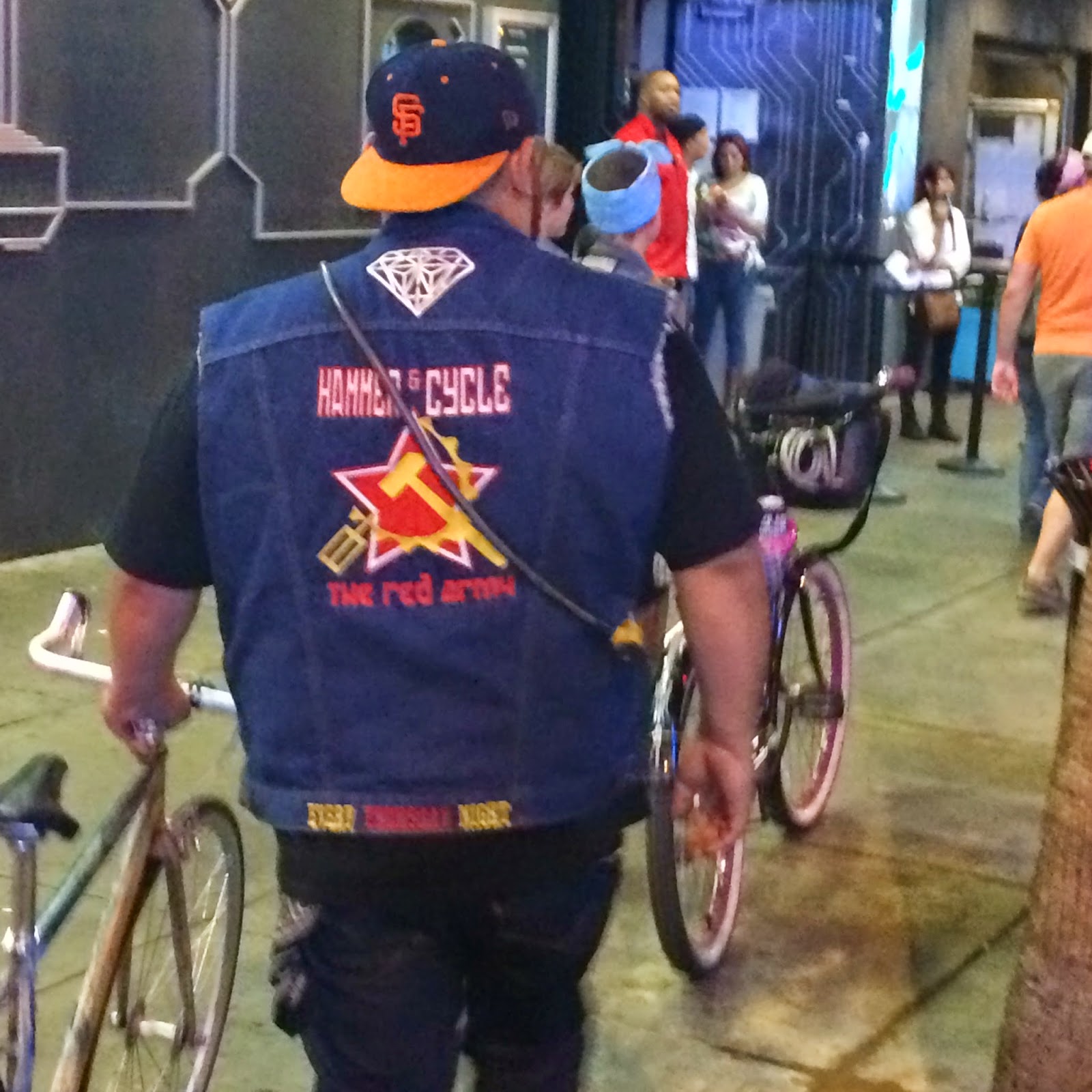 Hammer & Cycle. One of the local bike gangs. 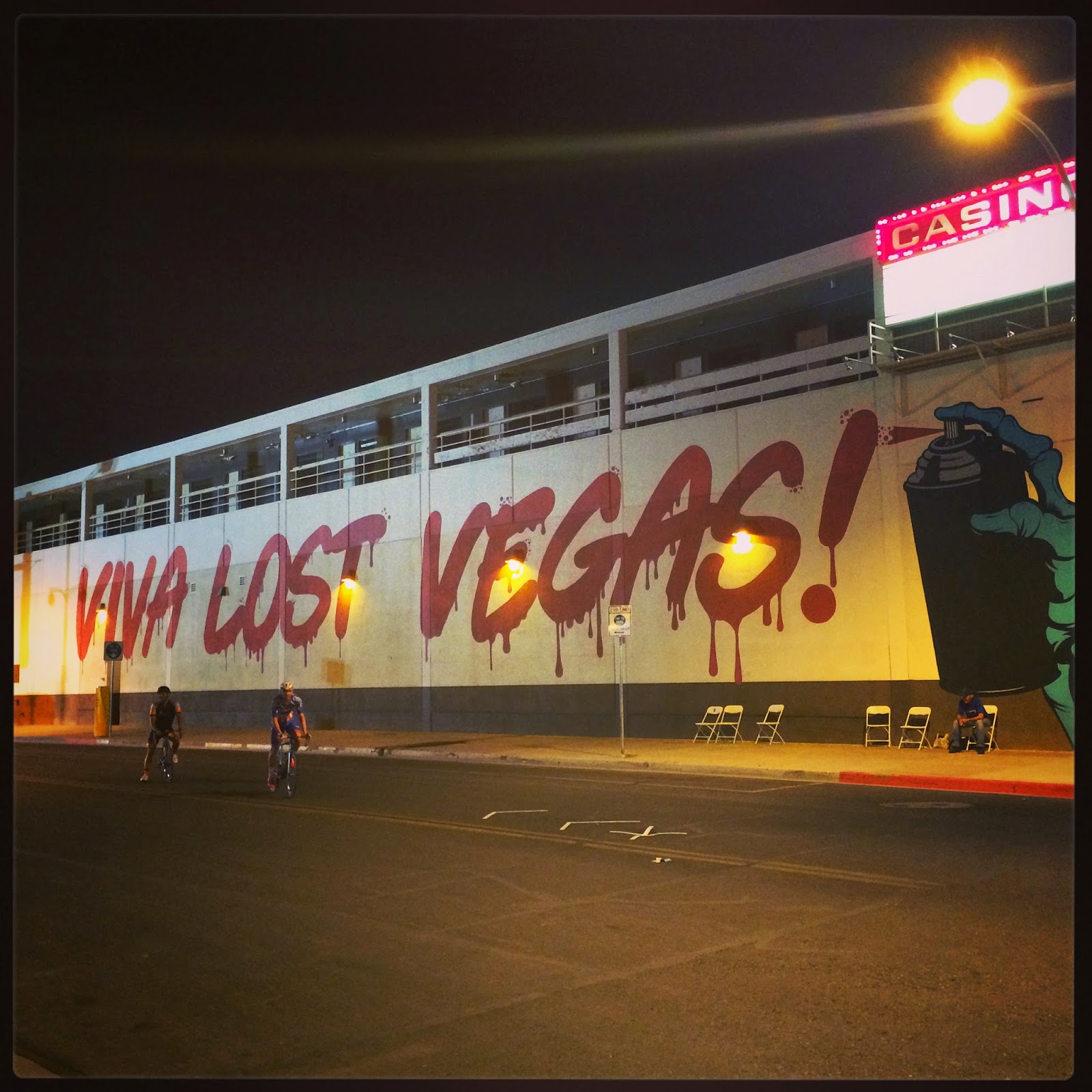 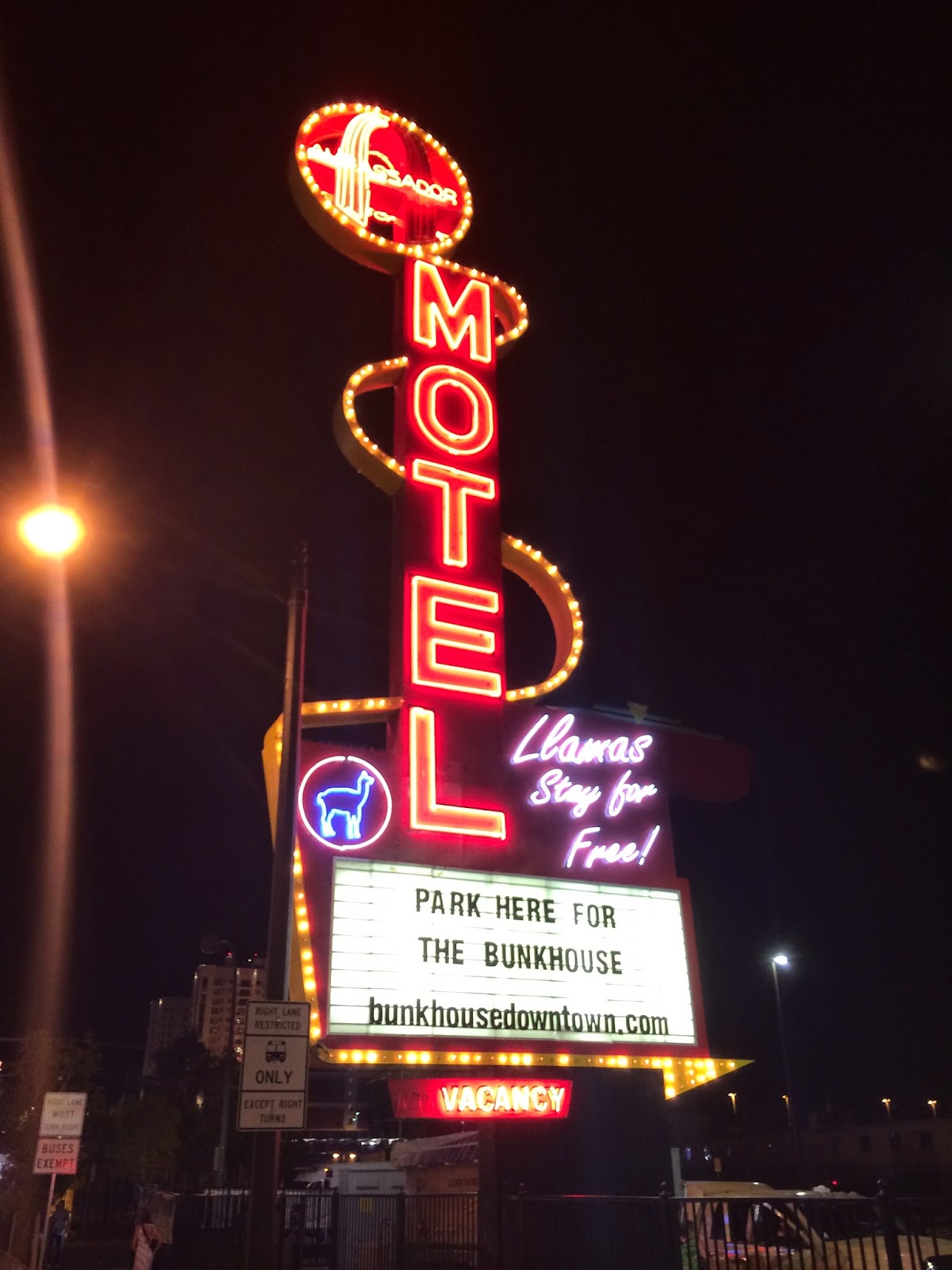 Next year I'll bring my llama. 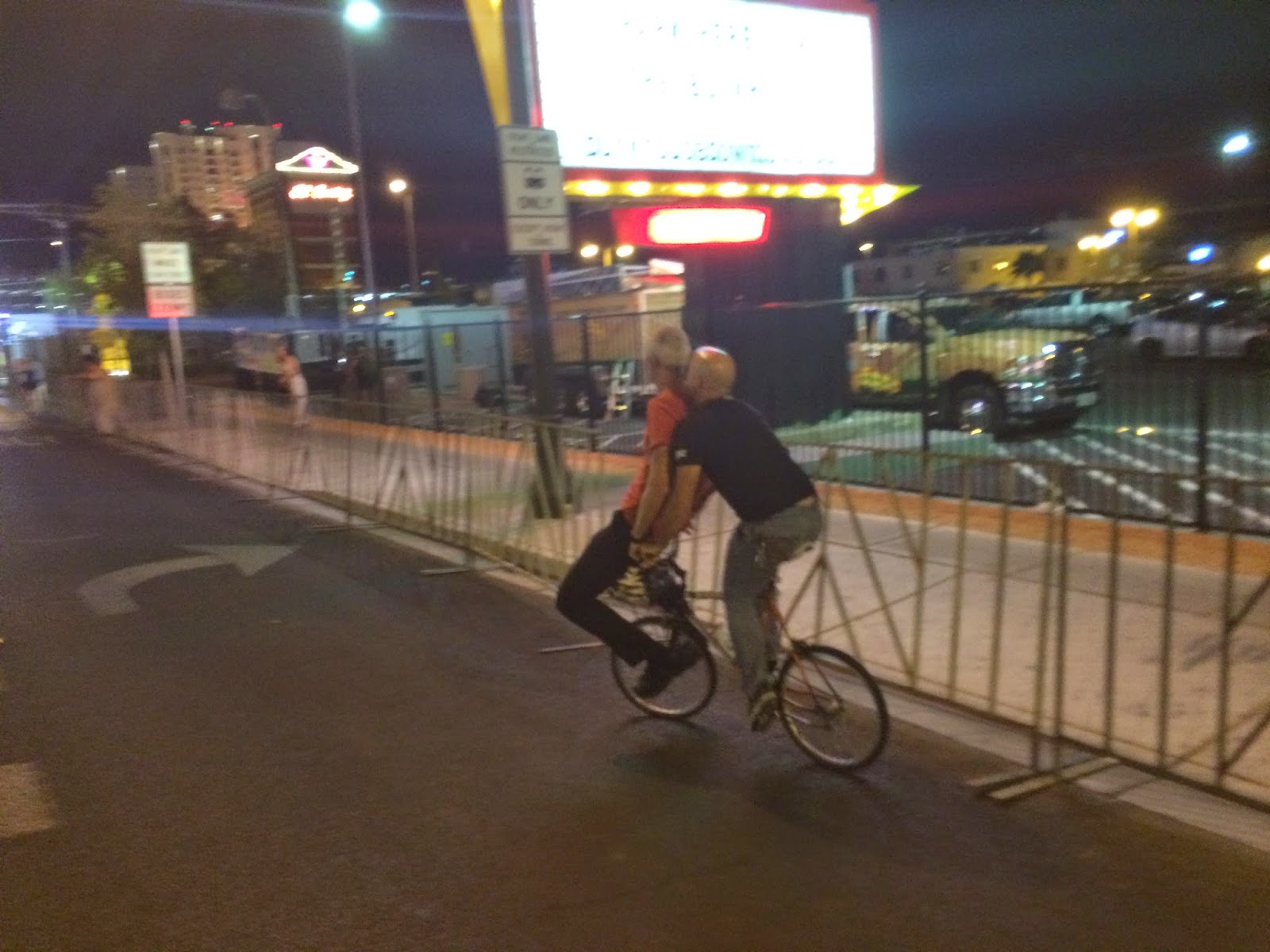 Finding a taxi can be difficult in Vegas.