Before I post more pictures of the Prologue, I wanted to explain what the Prologue is to those of my readers who may not be familiar with that term.
In professional cycling, the Prologue is a short individual time trial, where the cyclists are sent
out, one at a time - with a gap between riders of 30 seconds to a couple of minutes, depending on the length of the course. The Prologue is used to determine who will be at the top of the General Classification (GC) and who will be wearing the winner's jersey for the first stage. The starting order for the Prologue is in reverse order from the last race, with the top ranked cyclist going last.

The Prologue is a race against the clock, not against other riders.

On to the pictures... 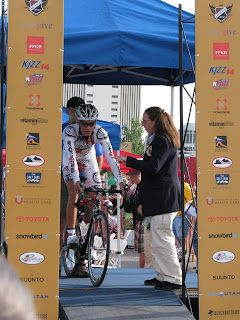 The riders start out in the "start house" where the commissare will count down the last 5 seconds before they depart. 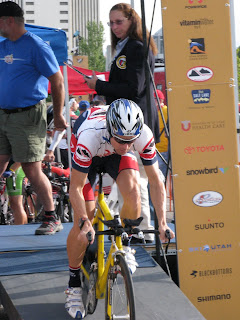 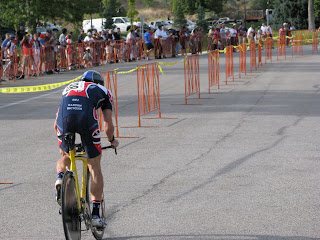 Then they ride down the ramp from the start house and out onto the course. The "race of truth" has begun. 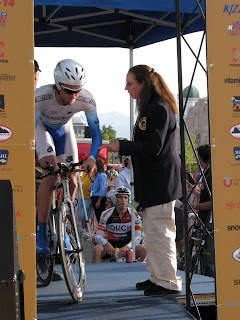 There is another official there to hold the bicycle up so the rider can have both feet clipped in, and be ready to go as soon as the commissare gives them the signal. This rider is having a little problem getting his front wheel aligned... 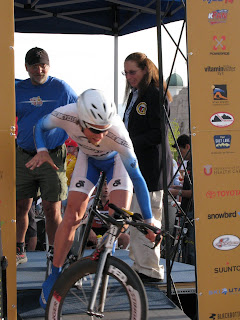 ...and it nearly cost him, as he wobbles down the ramp. 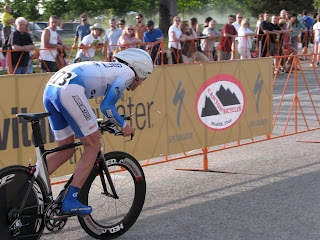 Fortunately for (173) Eric Slack (and undoubtedly his ego), he recovered. 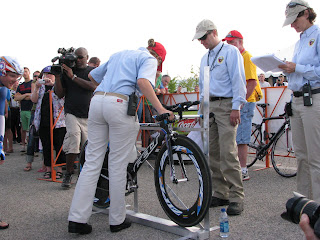 Behind the scenes: When the rider comes up to the start house, the officials first place his bike in a jig to make sure that everything is to UCI specifications. 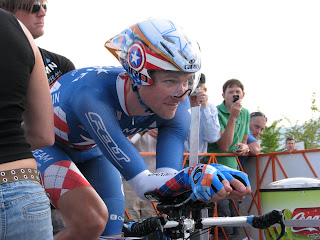 Then they have the rider sit on his bicycle to make sure that he is conforming to UCI rules as far as his position goes. Current National time trial champion Dave Zabriskie getting his position checked. 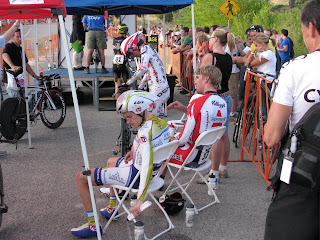 Then you wait till it's your turn. 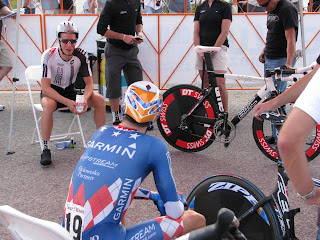 Dave Z and Jeff Louder waiting for their turns in the start house. 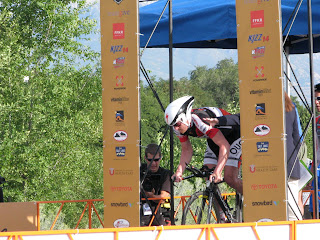 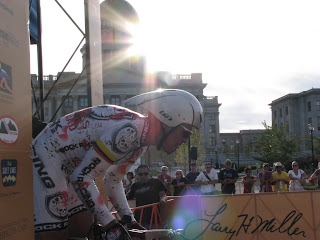 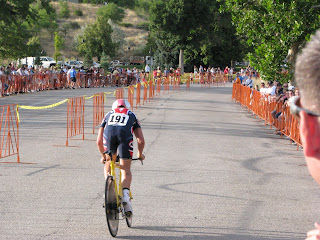 Norm Bryner with the Utah All-Stars team. Norm is a mechanic at one of my favorite bike shops, SLC Bicycle Co. I talked to him in the morning before the Prologue, as he was truing a customer's wheel. I asked him how he felt about the race. He said that he was nervous. This is his first appearance in the Tour of Utah. Good Luck Norm! 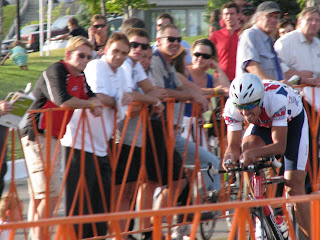 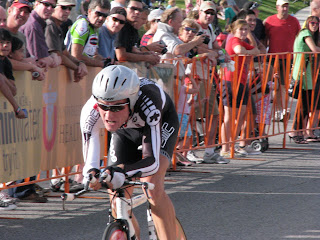 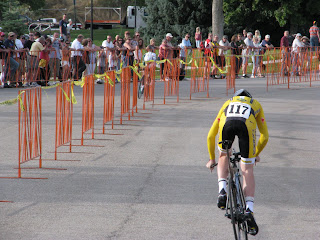 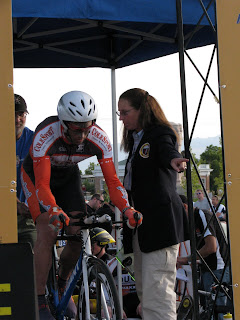 David Clinger. Yes, he has a full face Maori tattoo. 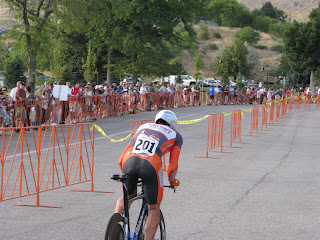 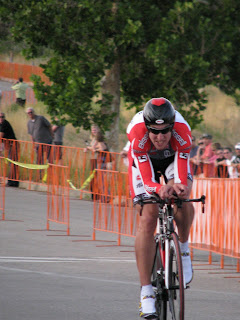 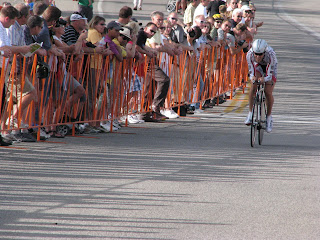 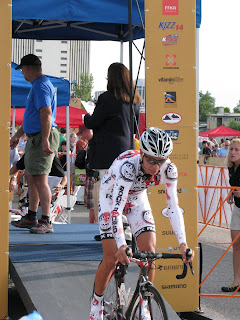 I don't like Rock Racing's team kit this year. Last year's kit was, in my opinion, very cool. Way overpriced ($250 for a jersey), but cool. I am not a fan of the graffitti look. also, who told them that a splash of red in the crotchal aera was a good idea? It looks like the riders are having a serious problem down there... 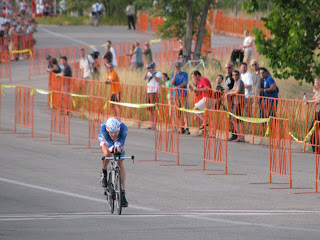 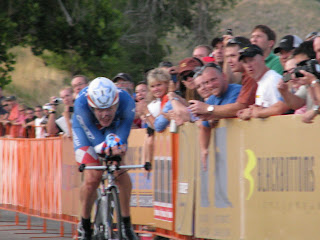 Captian America. aka Dave Zabriskie, These guys were riding straight towards me at over 30 mph. Kind of hard to get a focus lock on them.

Jeff Louder. As last year's overall leader, he is the last rider to go out, and the last one in.
Posted by Bike Junkie at 11:30 PM

Email ThisBlogThis!Share to TwitterShare to FacebookShare to Pinterest
Labels: Prologue, Tour of Utah

Were you just wetting yourself? I don't consider myself a bike racing fan (in fact, it's all very confusing to me) but even I recognized some of the names that you listed. I had no idea this Tour of Utah was such a big thing. Good work, and nice pics.