Finally! Another product review from the ORSM '09.

Unless you have been living under a rock for the past 10 years or believe that the "magic box" is a tool of the devil and refuse to watch it for fear of loosing your soul (which considering some of the crap they put on the "magic box" nowadays, isn't too far from the truth), you should be familiar with the reality TV show, Survivor which is in it's 19th season now. One of the things you will see on every episode is the contestants wearing a brightly colored lycra tube. They use them to designate which tribe they are on, and they get new ones when they merge, or switch tribes. They wear them on their wrists, ankles, necks, in their hair, or on other parts of their bodies. That tube is called a Buff. 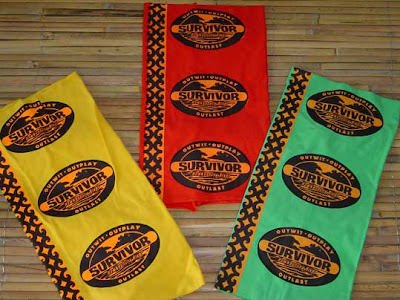 As far as "what you see is what you get" goes, you can't get more simple than this. All the Buff is, is a seamless lycra tube. Simple. And therein lies it's brilliance. What you can do with the Buff is completely up to your imagination. Here is a video from their website showing a few of the ways you can wear it. 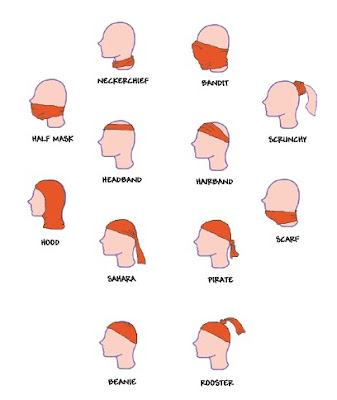 In the interest of disclosure, I did not purchase my Buff. As a member of the media, I was given one at the Outdoor Retailer show in July.

My Buff has seen quite a bit of use since then. I wore it pretty much day and night for three days when I was up helping out at my daughter's girls camp, and I have worn it several times under my helmet as a sun block for my head and neck. I have gotten it wet and used it to cool off when it was unbearably hot (the lycra does a good job of wicking moisture away from your skin), and I have wrapped it around my head to sleep when it has been a little cold. 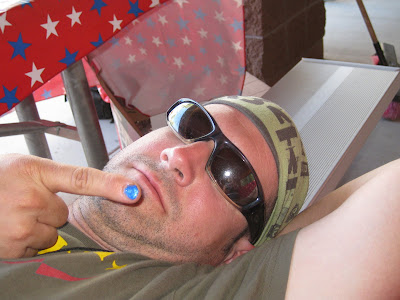 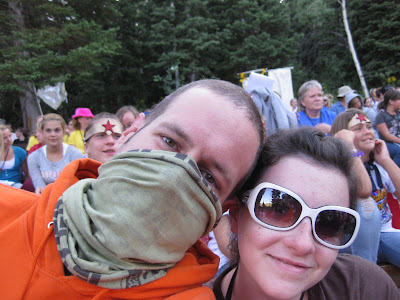 The only way that it doesn't beat the old standby bandanna is price. At $19.50 for the orignal Buff, it is a little pricey. There are several versions available, such as a thermal Buff, a Buff with reflective stripes, and a merino wool buff.

My overall opinion of the Buff is it is an extremely versatile, functional, and fun piece of clothing. You can find more information from their website: https://www.buffwear.com/
Posted by Bike Junkie at 10:10 AM