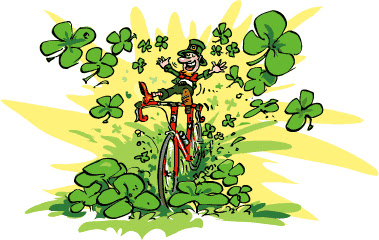 Since today is all about the green, I figured it would be a good day to talk about green smoothies. Green smoothies seem to be all the rage right now, a google search for it will give you somewhere in the neighborhood of 2,000,000 results with everything from recipes to blogs to diet plans and so on…

I don’t have any diet plan, nor do I have any recipe for the ultimate green smoothie. I just think it’s a great way to get a large quantity of fruits and veggies into your body. 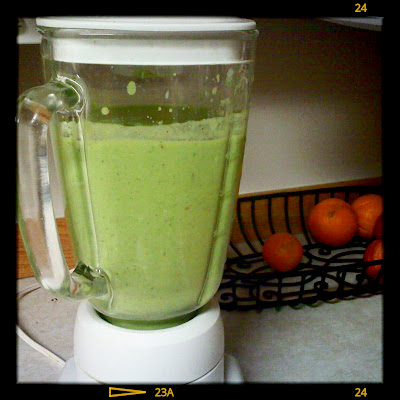 Now, I will be the first to say that it doesn’t look pretty. In fact, depending on what you put in it, it can look fairly disgusting. But, you’re not drinking it for the looks of it, are you?

What goes into it changes each time I make it, depending on what fruits and veggies I have on hand. But there are few things that tend to be common; spinach, celery, carrot, avocado and banana. One tip that a friend gave me – that I haven’t thought of doing before – was to freeze your bananas in a Ziploc bag as they start going brown instead of throwing them away.

I’ve determined through my own creating that the secret to making it palpable is to use a lot of fruit. I’ll throw apples, oranges, lemons, mangos, peaches, pears, coconut (not a fruit, I know) into my green smoothies before. I’ve also added oats and almond butter to my smoothies. If it doesn’t taste quite sweet enough, I’ll add a packet or two of stevia sweetener.

Bottom line, just experiment. There isn’t a right or a wrong way to do it.