At this summer's Outdoor Retailer, I had the chance to meet with CamelBak.

Along with their stellar Podium bottles, and a new running belt (which I will be reviewing at some time in the future), I was shown their line of hydration packs which have been updated for 2013.

For review, CamelBak sent me the 2013 model of their mid-capacity M.U.L.E. NV.

at 671 cubic inches, it is big enough to carry what you need for a day of mountain biking, or commuting without feeling excessively bulky.

The M.U.L.E. has enough room to carry my netbook or tablet (in a protective sleeve), lunch, and cold weather gear I need in the morning during the fall commute. There are four compression straps to snug it all down so it won't shift. You can use the stretch overflow pocket in the front of the bag to stash your helmet, or new for 2013, CamelBak has added two helmet strap hooks on the side of the bag. There is also an integrated rain cover that hides in its own zippered compartment at the bottom of the bag.

The most unique looking feature of the pack is the integrated ventilation (NV) panels on the back of the bag. The semi-rigid sections elevate the pack away from your back and allow a large amount of airflow between your back and pack.

I've always been a messenger bag guy, so it was a change switching to a backpack. The biggest change was how much more supportive and stable the same size load is, and that isn't factoring in the weight of 100 oz of water in the bladder. Looking at the integrated ventilation system, I thought that the pack would be uncomfortable, but it isn't. I've ridden with it in the heat of summer without the sweaty back I normally would have after a typical commute.

You can't talk about CamelBak without talking about their hydration systems. The M.U.L.E. NV uses CamelBak's Antidote 100 oz resevoir. which has some great features such as an internal baffle to make the resevoir thinner and help minimize sloshing, and a quick link system with auto shut off for leak-free removal.

After using it nonstop for the past couple of months, I am sold. It is a great pack. 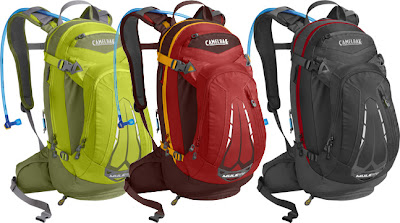 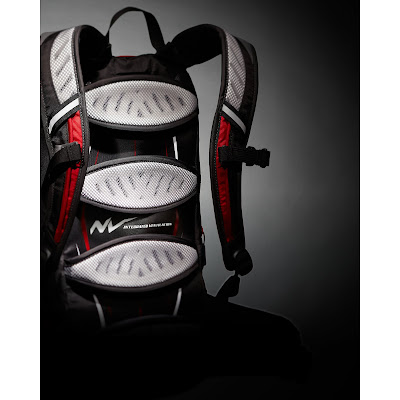 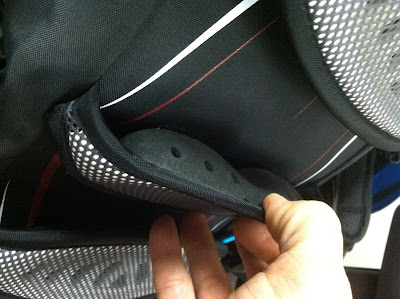 The very effective integrated ventilation (NV) system on the back of the pack comfortably holds the pack away from your back allowing airflow. 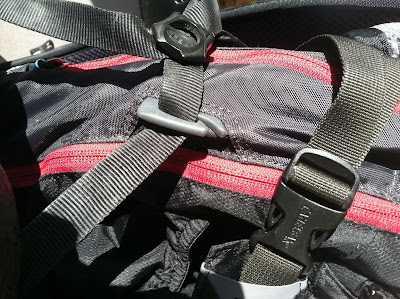 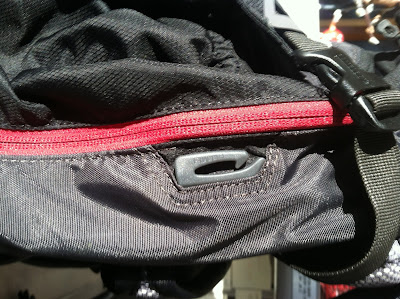 Helmet strap hooks located on either side of the pack securely hold your helmet when it isn't on your head. 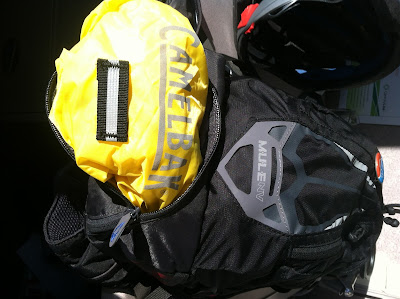 The integrated rain cover in its compartment at the bottom of the pack.