Occasionally, you come across a piece of gear that you simply do not know how you ever lived without. One of those things that becomes a prized possession. More often than not, this particular piece of gear is irreplaceable for reasons of product change, the end of a production run, or the like.

I have one such piece of gear.

Years ago, I was given a North Face Windstopper skull cap as a volunteer thank-you gift from an organization that I have volunteered with for a while. This cap, as well as being windproof (hence the name), is warm and fits under my helmet perfectly. That is all nice and well, but what sets this particular skull cap apart from all others is the fact that it has built-in holes on the side of the cap for the temples of your sunglasses. 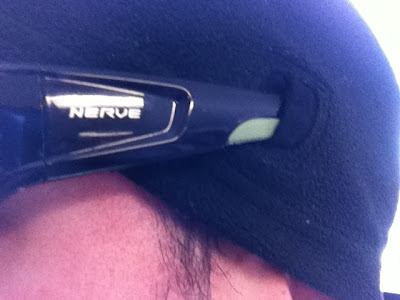 This may not seem like that great of a feature, but if you have worn a skull cap with glasses – and either had to put them on the outside where they can slide around or fall off, or put them under the cap, where it leaves a nice little gap for cold air to come in to your head – you may understand why this is indeed that great.

The only problem with this cap, is that it is a phantom. Google searches turn up nil. Aside from the limited few that were given out, it doesn’t seem to exist. I have asked the people from The North Face at Outdoor Retailer before, and they didn’t know why they don’t make them any longer either.

I almost lost it the other day, and was in minor fits of panic. The ex and I went out a late night shopping excursion to find some gifts for our middle child’s birthday. I inadvertently knocked it out of the car when I got out at one store, and didn’t notice it was gone until we were several miles away in the drive-thru picking up some dinner. Fortunately, when we went back, it was still there in the lot – it had been ran over and was wet, but none the worse for wear.

I have had friends and co-workers ask me where they could get one. If anyone from The North Face reads this post, I would love to know why this was discontinued, or if this was just a one-off special. 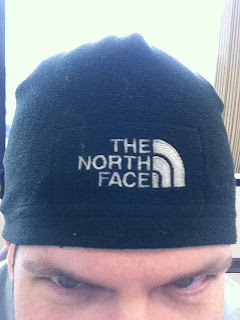 creepy eyes!
Posted by Bike Junkie at 7:37 AM

Kendall, that hat is actually just a cheap Chinese knock-off. That is why you can't find it anywhere. Kidding. I have no idea what I'm talking about.