New Route for the Tour of Utah?

Since the Tour of Utah was started, it has been a fixture of the Wasatch front here in Utah, not venturing any farther south than Provo.

This year, that may change.

There has been no official announcement yet - the Host Cities announcement doesn't take place until February 5th - but their choice of locations to have the announcement is particularly telling.

The announcement will take place in Cedar City.

I know that they have been talking about going south for several years, is this an indication that all that talk is about to become action? 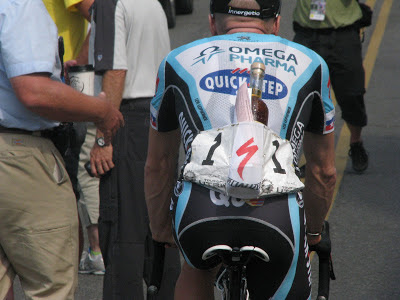 Who will ride away with the whiskey this year?
Posted by Bike Junkie at 4:38 PM