I wanted to give an update on Friday’s post. After I emailed the folks over at Bicycle Benefits, I received a couple of emails back from Tim. He wanted to know where I went to look for the stickers, and to let me know of some other locations nearby that still had some stickers. He also said that he would be dropping off some stickers at SLC Bicycle Co.

I went back today, and sure enough, they had a fresh supply of stickers. I was told that within 30 minutes of my visit on Friday, they were resupplied. Pretty speedy service, if you ask me! 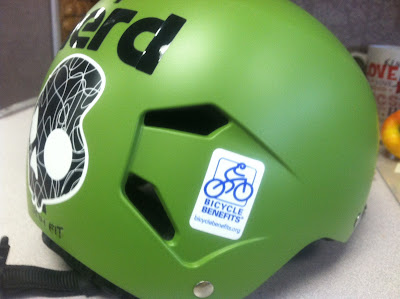 Now that I had my sticker, I figured that I needed to give it a “field test”. I picked one of the participating downtown restaurants – Bruges Waffles & Frites – and headed out on a GreenBike to pick up some yummy Belgian style frites (I’ve been told by a friend who lived in Belgium for two years that this is the only place she has found in the US with authentic frites). 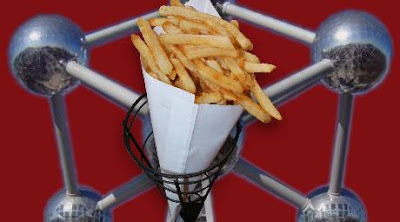 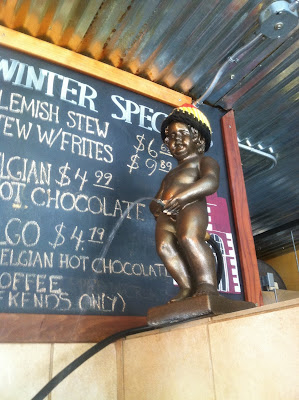 Apparently, the actual statue of this little guy - Manneken Pis - is the most photographed statue in Europe

I showed the girl my helmet, and she took 10% off of my bill. She mentioned that hardly anyone uses the Bicycle Benefits stickers.

Granted, 10% off of your bill isn’t a huge amount, but hey, every little bit helps.
Posted by Bike Junkie at 4:09 PM