It's Spring, and the Green Bikes are Blooming

Okay, I didn't come up with the title. It was actually something that was said at the SLC Bike Share kickoff event yesterday afternoon.

Mayor Ralph Becker, SelectHealth CEO and President, Pat Richards, and Executive Director of the Wasatch Front Regional Council, Andrew Gruber (who I took the title from) announced the official kickoff of the second year of the SLC Bike Share program. 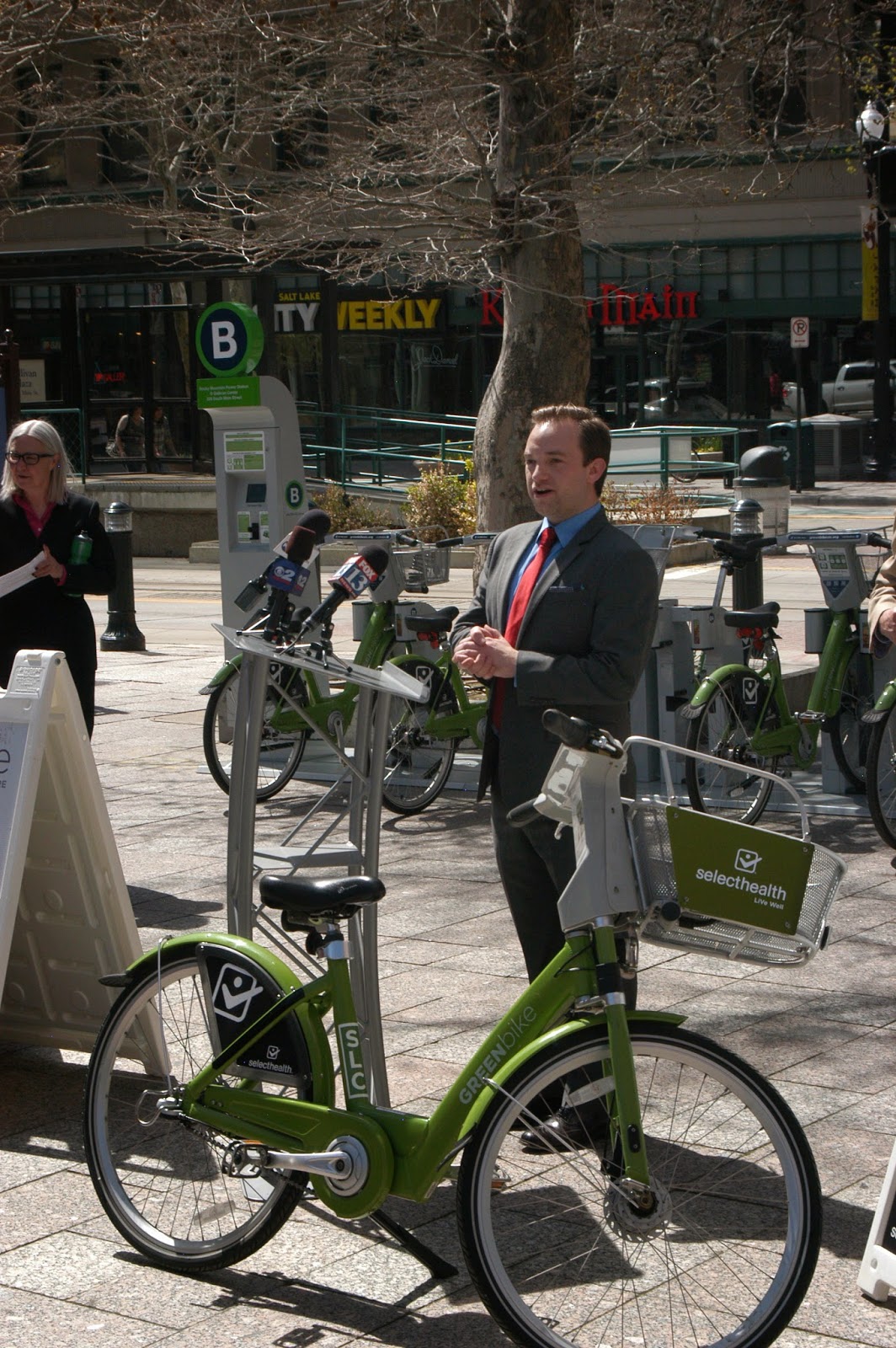 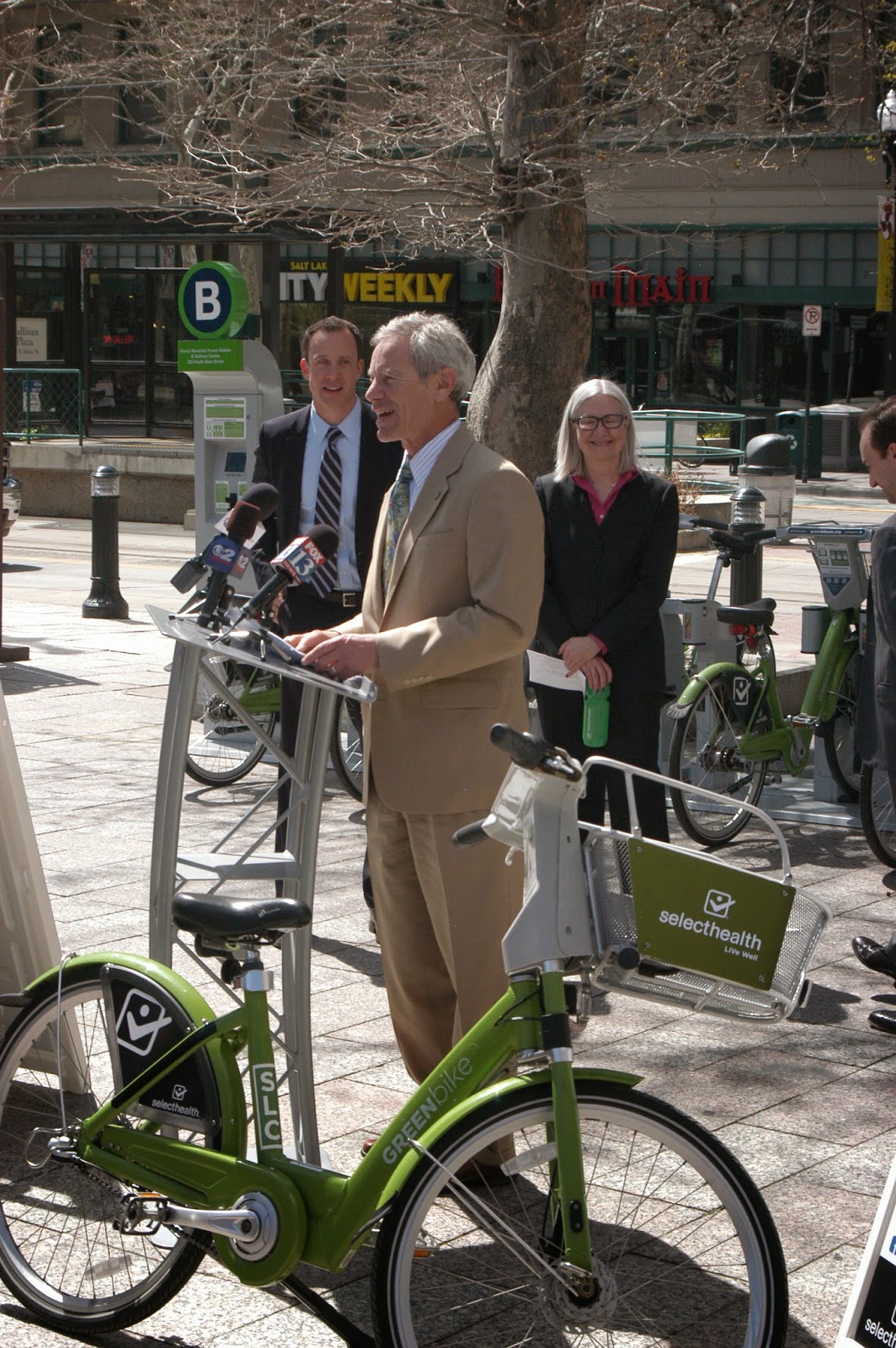 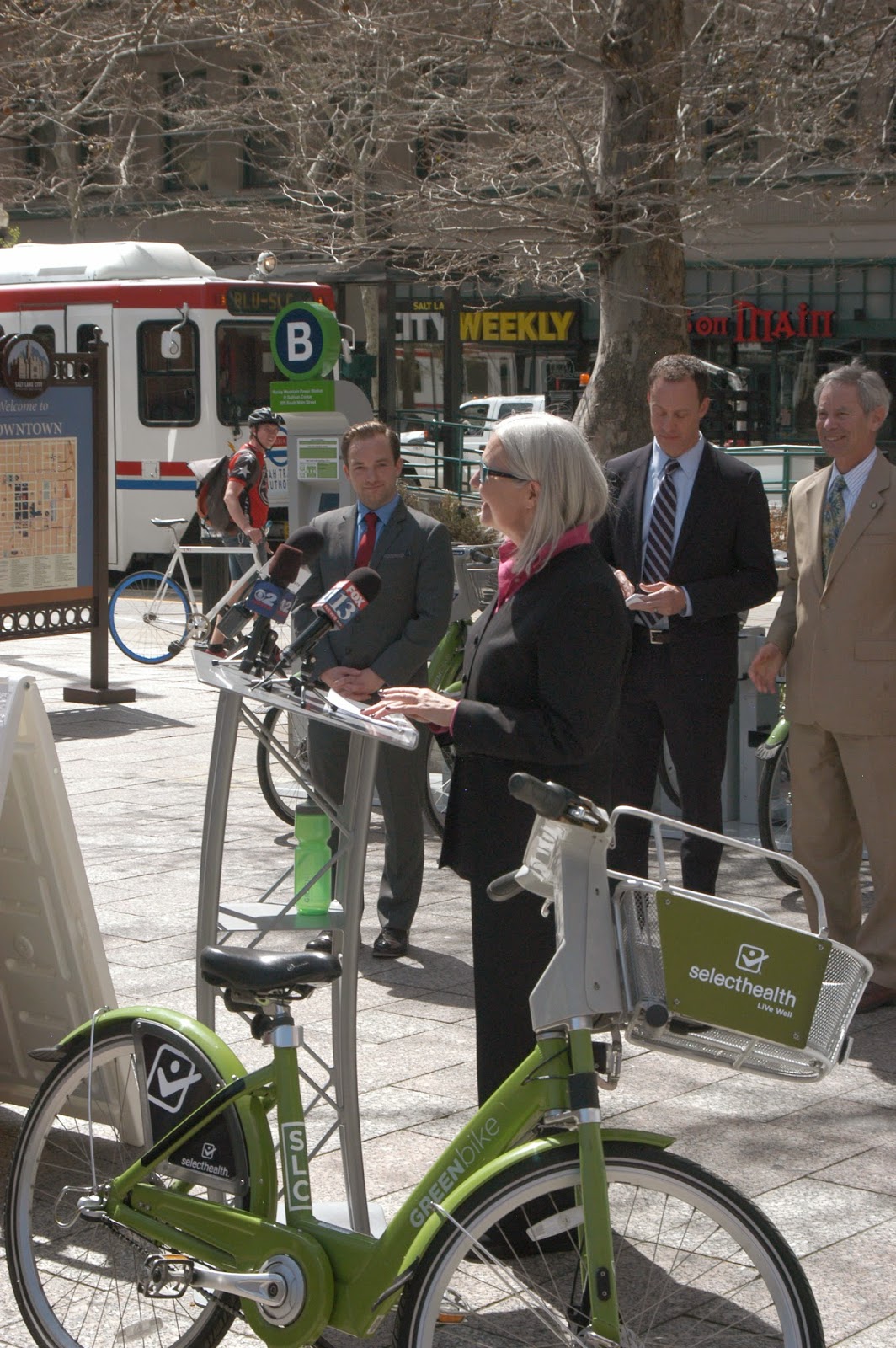 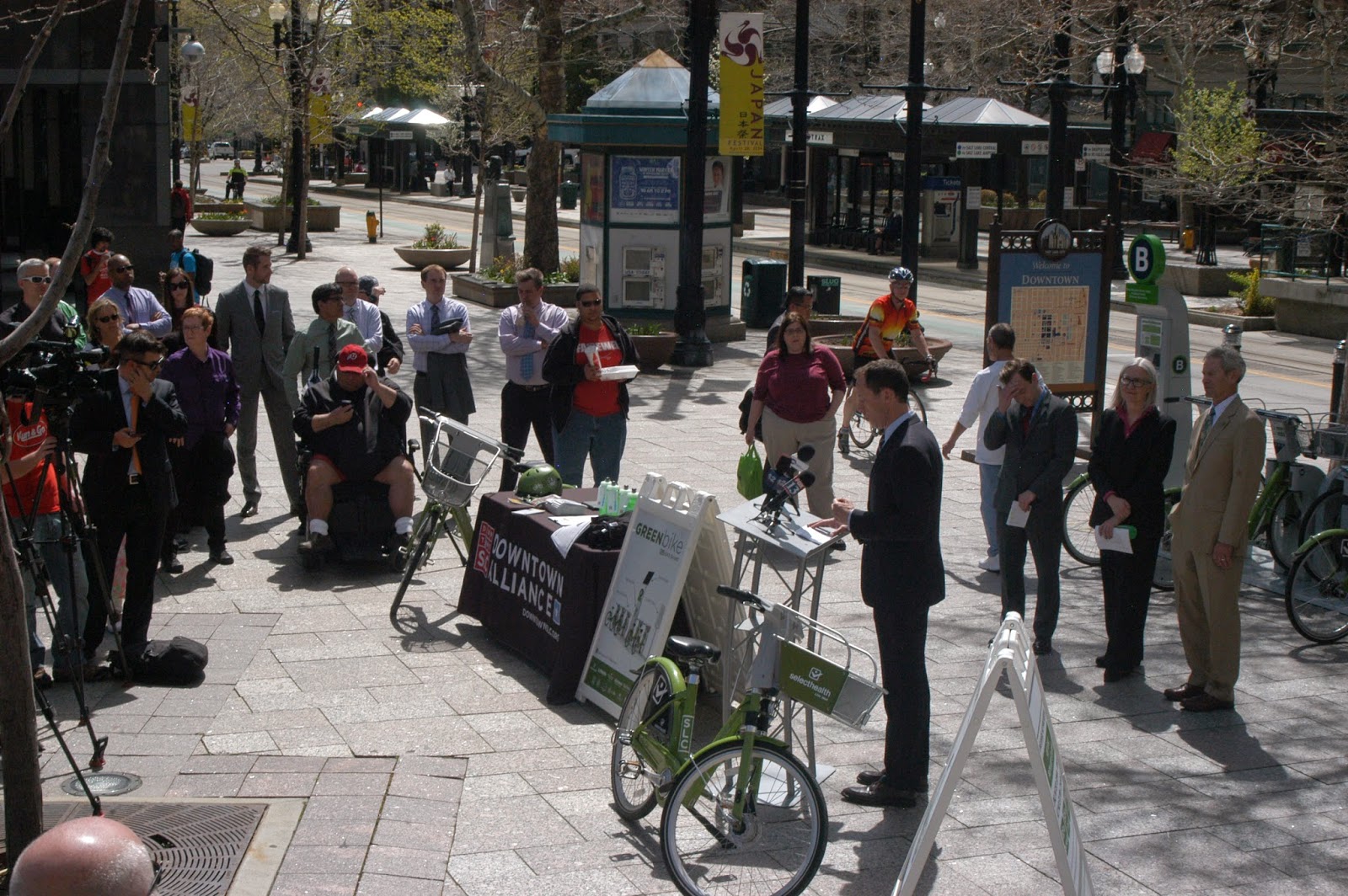 All of them talked about the great success that the bike share program has had here is Salt Lake, and they were optimistic for the coming year, even announcing some increases in their support.

After the press conference, I had a chance to ask Ben Bolte, the director of the Green Bike program about the rumors of expanding the program. He said that they are going to be adding 8 new stations, and 100 additional bikes in July. The stations would still be in the downtown area, adding density to the existing area covered. There are no plans to expand outward - such as up towards the University of Utah in the immediate future.

The pricing structure will remain the same for 2014, $5 for a 24 hour pass, up to $75 for an annual membership. New members will still get a free Bern helmet when they sign up. 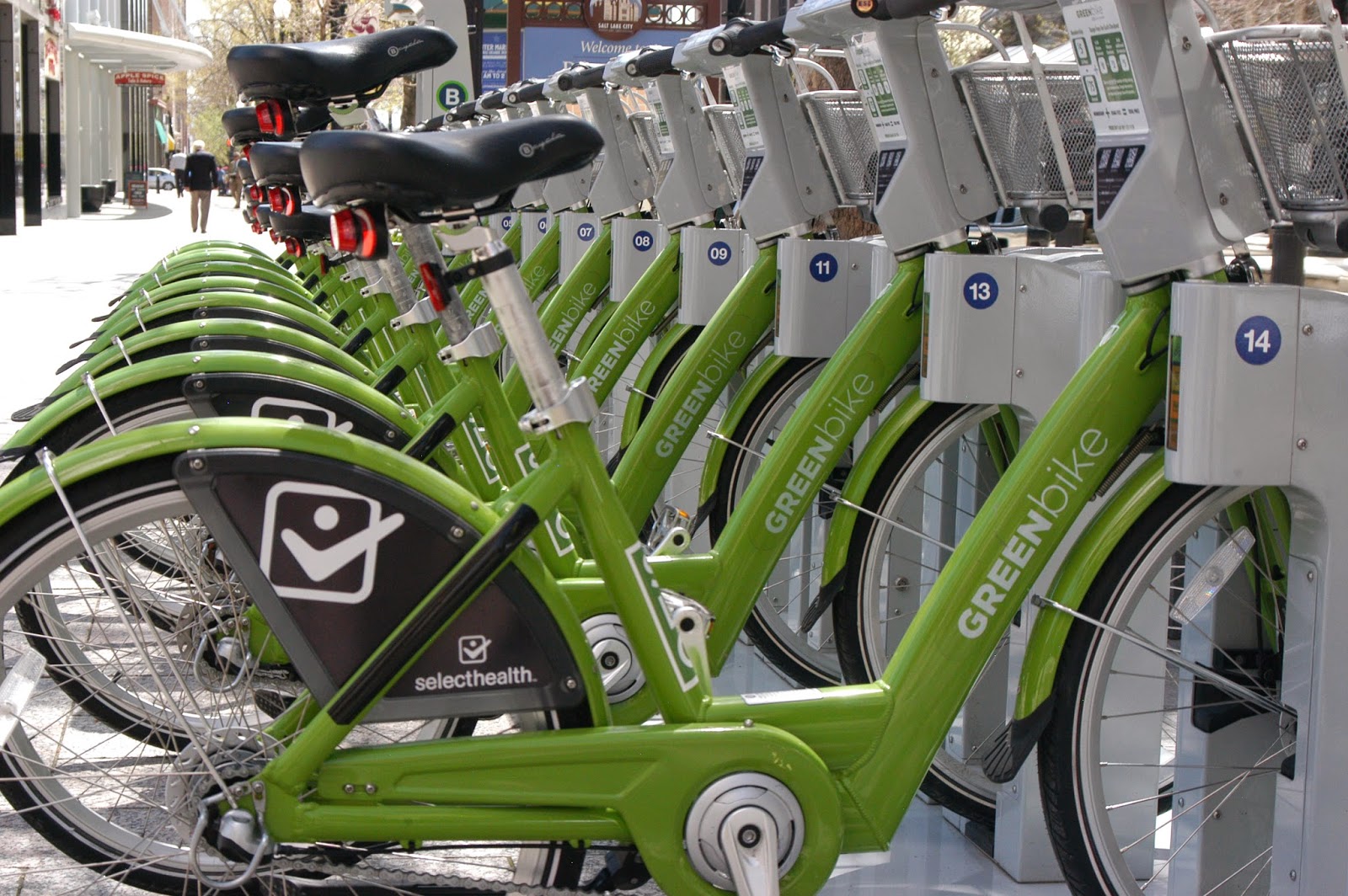