Several times at the show - and after, I was asked if I had seen anything that I thought was exciting. With the exception of the Lauf suspension fork that I mentioned on last Tuesday's post, there was nothing that I would consider "innovative" or extraordinary. I'm not saying that I didn't enjoy the show. I enjoyed riding and seeing the latest offerings from the exhibitors at the show, and I very much enjoyed catching up with friends that I haven't seen for a while, but the "Ooh, wow!"'s were in short supply.

As I dig through the press releases, catalogs, and product samples that I came home with, reviews will be forthcoming. Until then, here is my Interbike 2014 experience distilled down to several pictures. 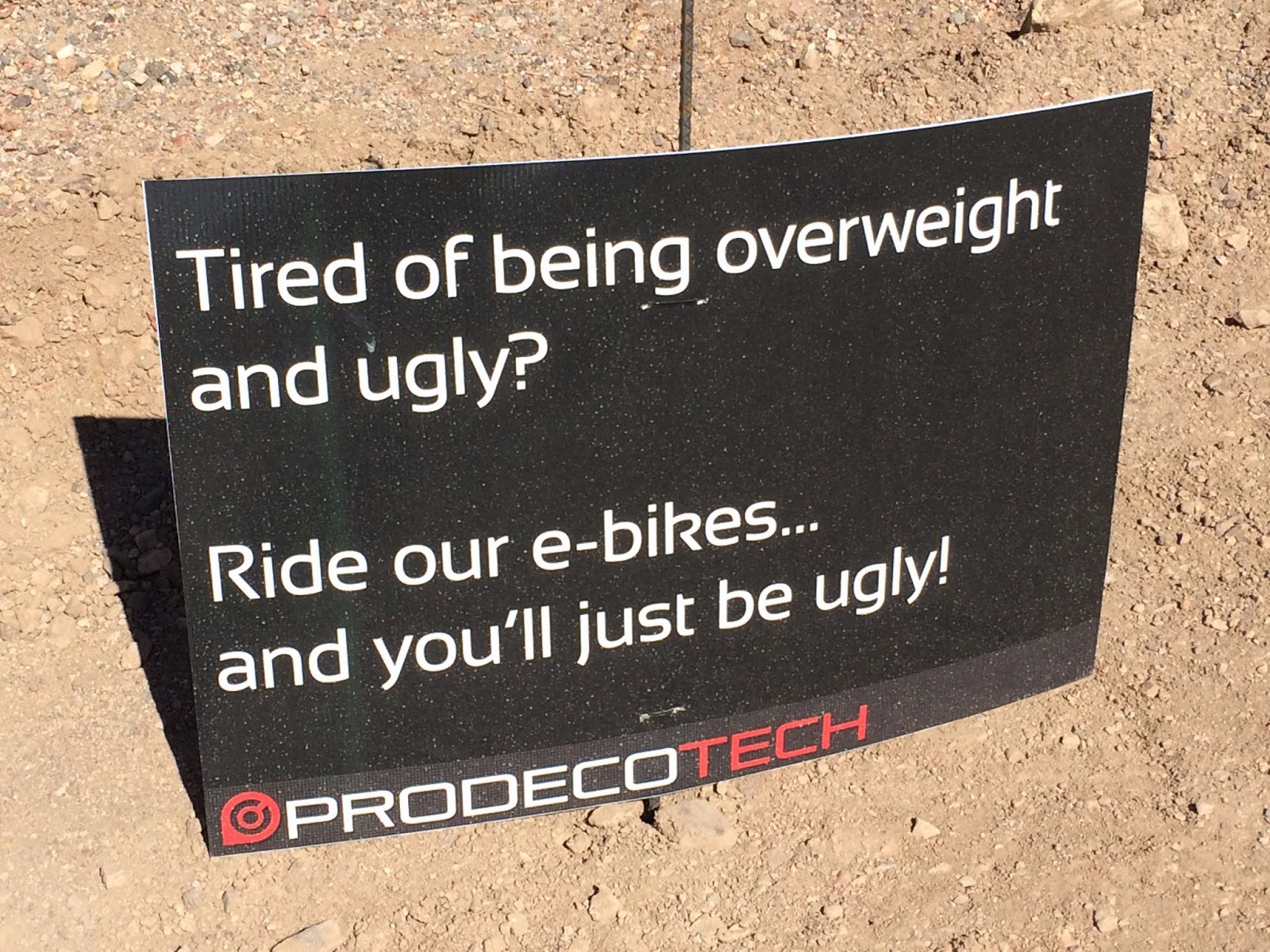 If I had to distill Interbike 2014 down to a couple of bullet points, They would have to be e-bikes and fat-tire bikes. E-bikes were everywhere, mountain, road, fat-tire, folding, the list goes on... As far as fat-tire bikes, it seemed that every bike manufacturer was introducing at least one fat-tire model at the show this year.
I caught the tail end of a trials exhibition with a road bike. Mad skills this one. 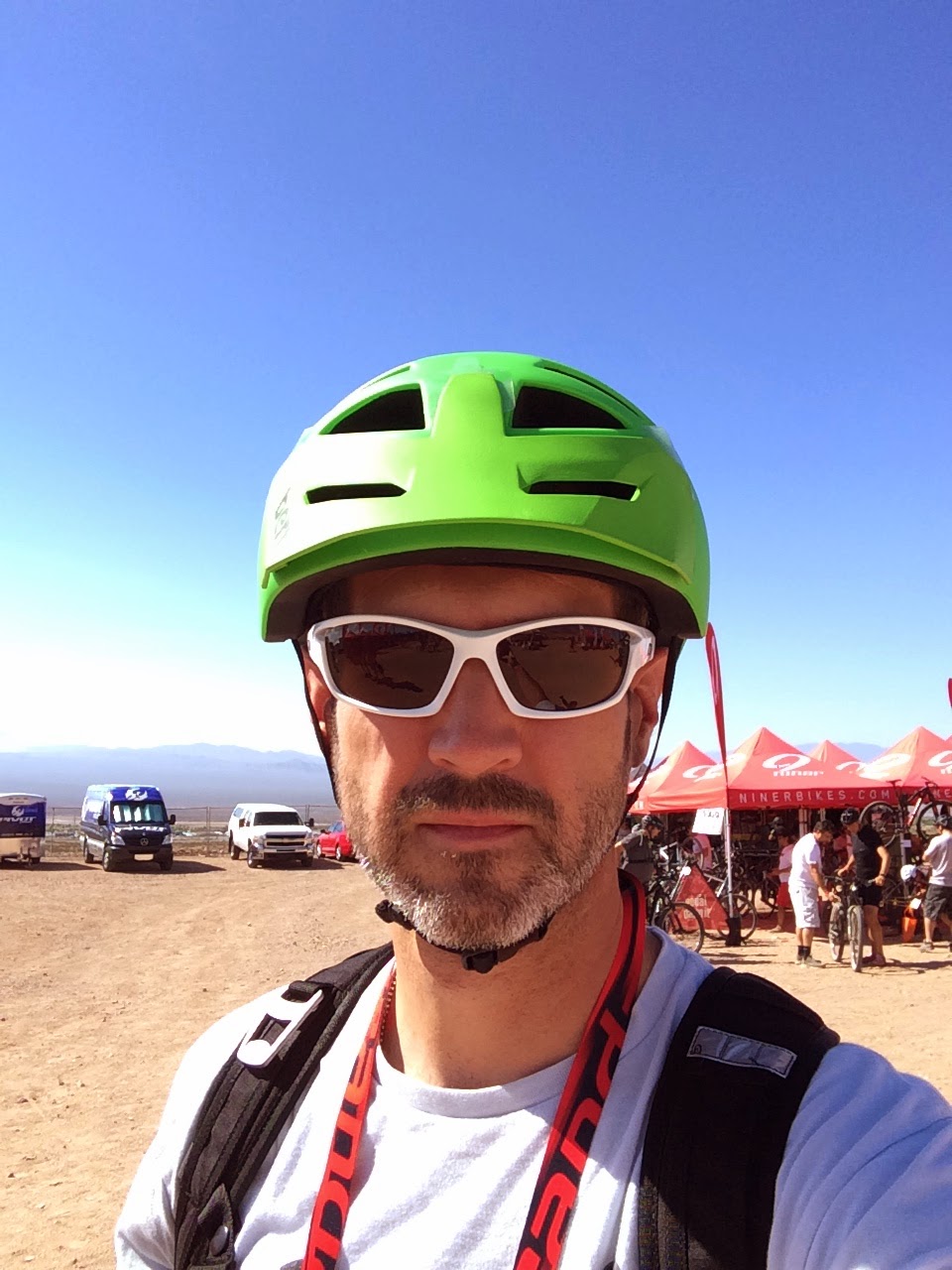 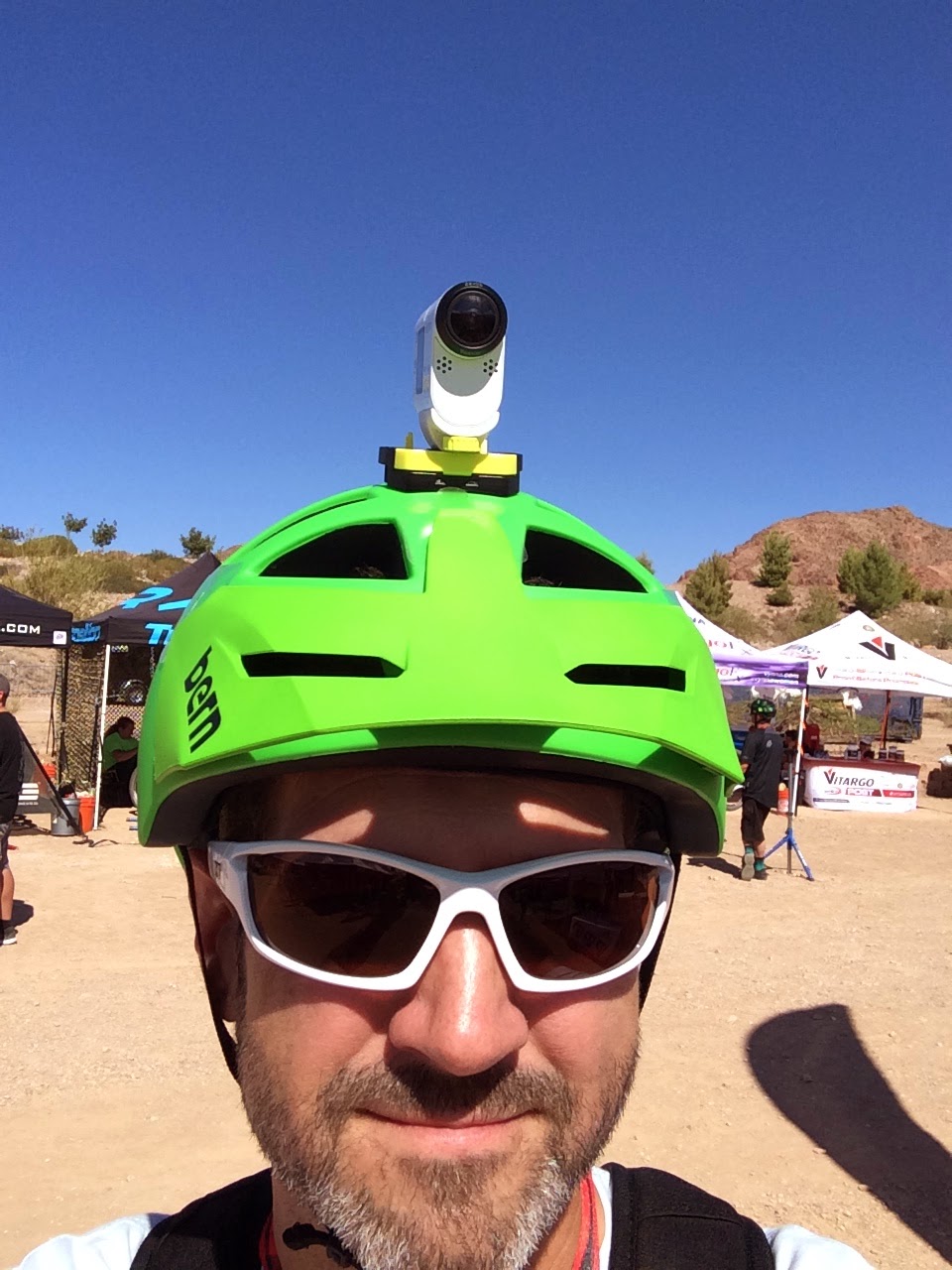 Today's helmet provided by Bern. Their Morrison helmet (I have the Allston) has been updated with a new fit system and better fit.
You may notice that there is some growth on the top of the helmet in the second picture. Well, I borrowed a camera from Sony, and took some footage during one of my rides. (I also borrowed a camera from GoPro during another test ride.) Unfortunately, I have misplaced the micro SD cards. I'll post the videos once they have been located. 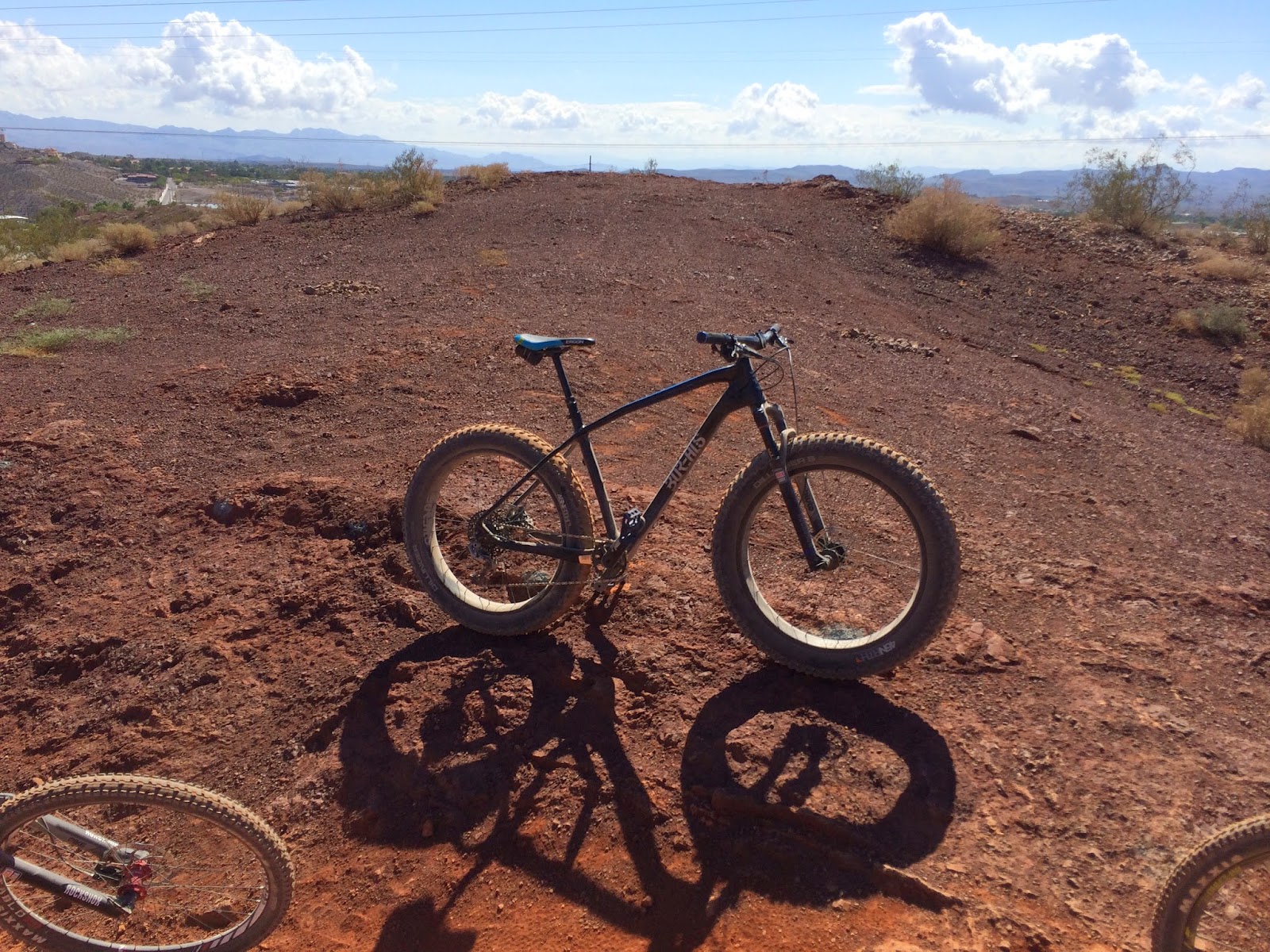 Today was all about the test rides. Here we have a Borealis Echo hardtail fat-tire bike. Carbon frame, carbon rims, and a nice ride. I still think that fat-tire bikes are a blast to ride. 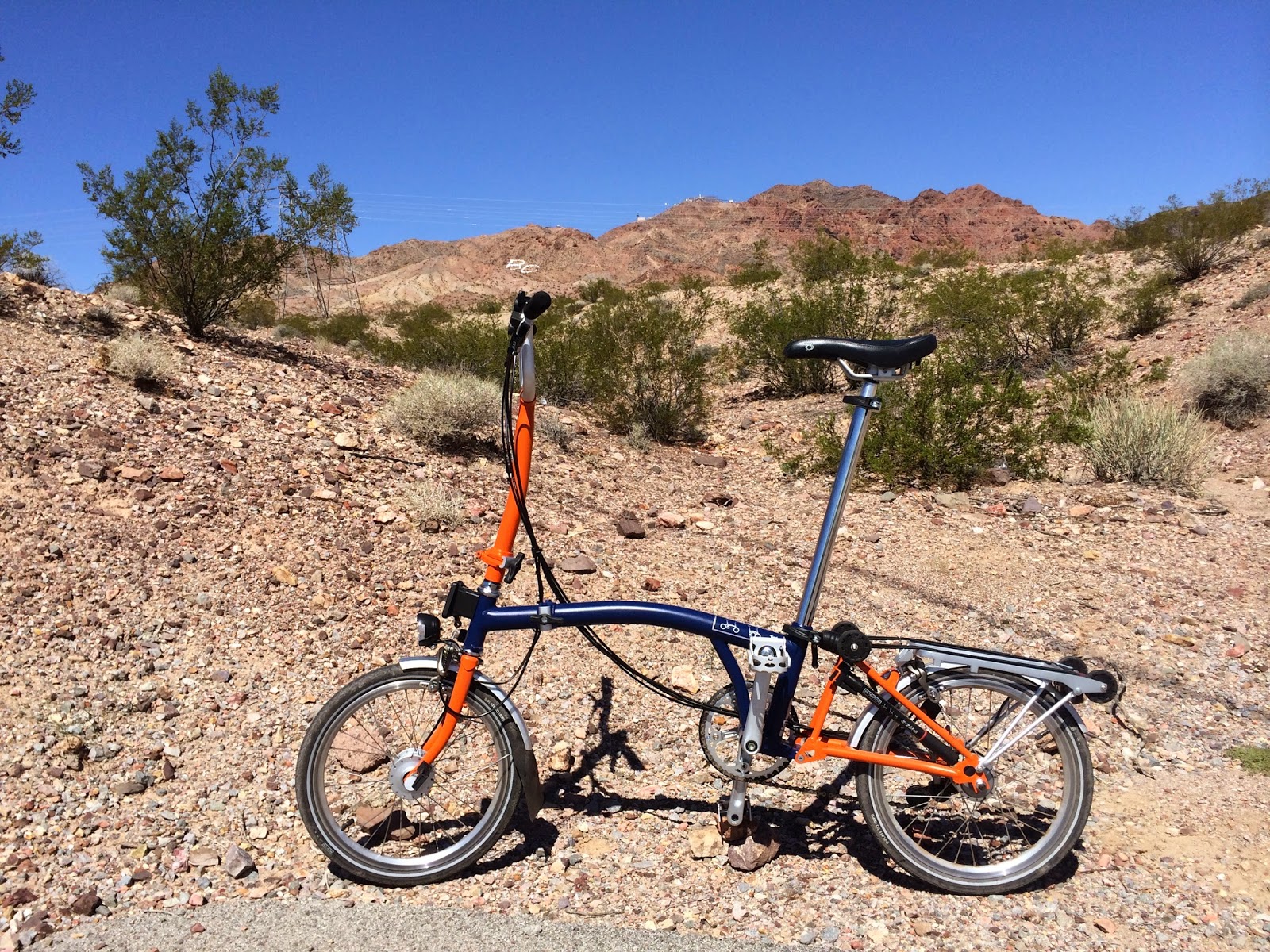 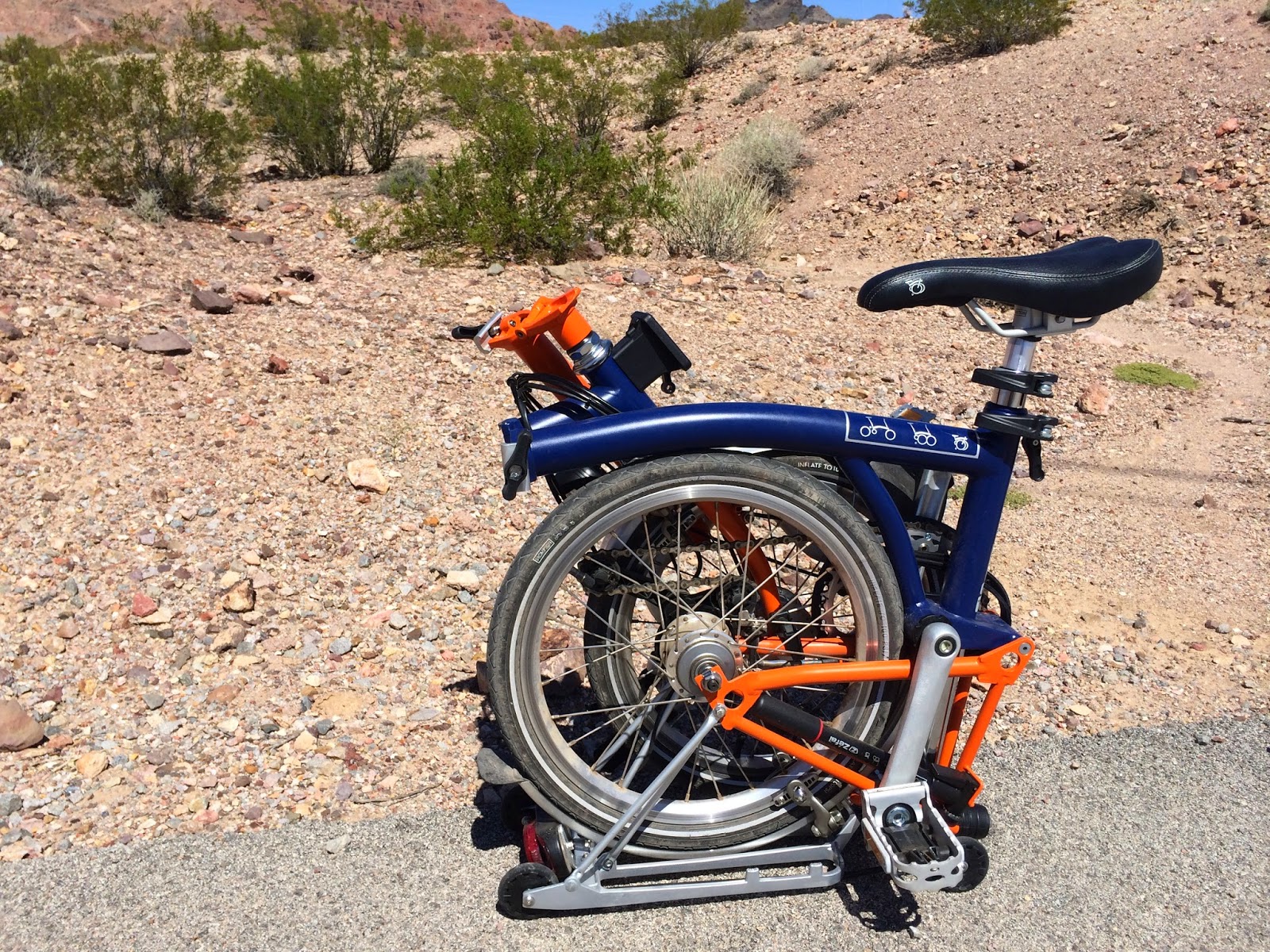 Since I am mostly covering and reviewing products that relate to commuting by bicycle, I had to take out a couple of folding bikes on the paved trails up at Bootleg Canyon. First one was a Brompton. Of course it attracted its fair share of stares and comments, but the ride was surprisingly stable and quick. It also folds and unfolds quickly and easily into a very compact package. 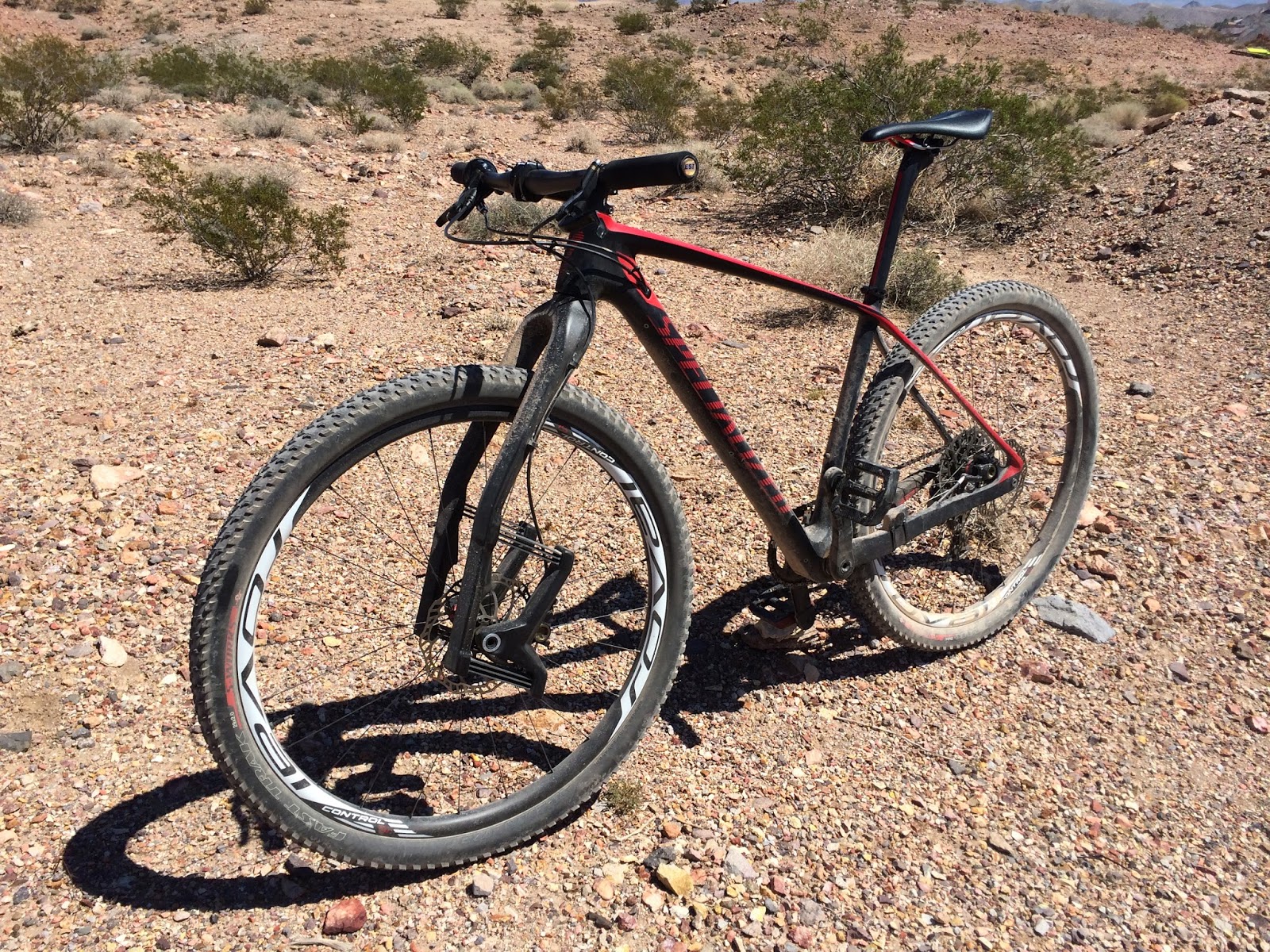 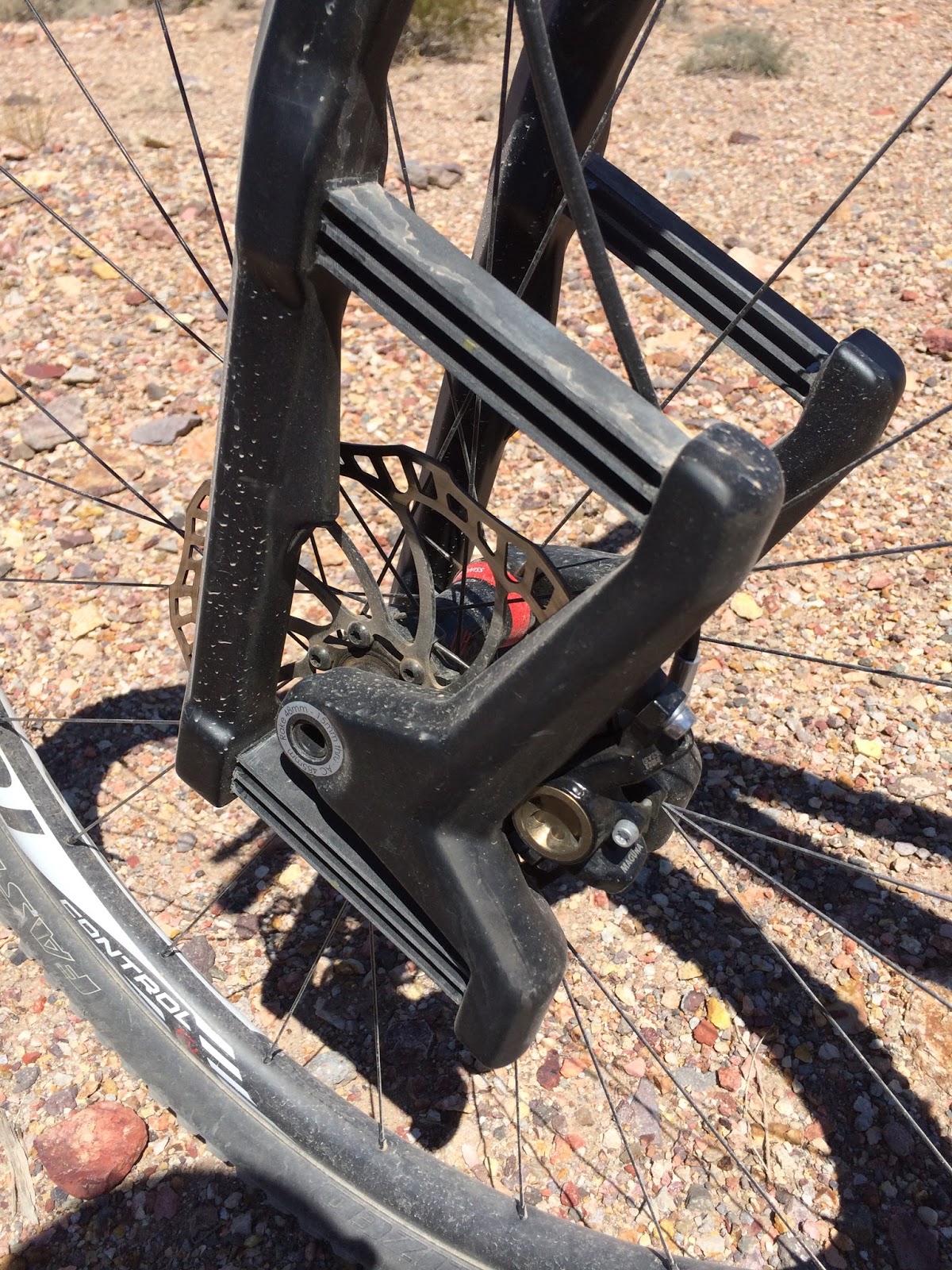 I had to take a Lauf-equipped bike out for a test ride after seeing it on the first day. The ride did not disappoint. The weight of the fork is only a few grams more than a rigid carbon fork, and you can definitely feel the lack of weight while riding. I also deliberately tried to make the fork bottom out, and couldn't. It would take a serious hit to make the fork use all of its travel. 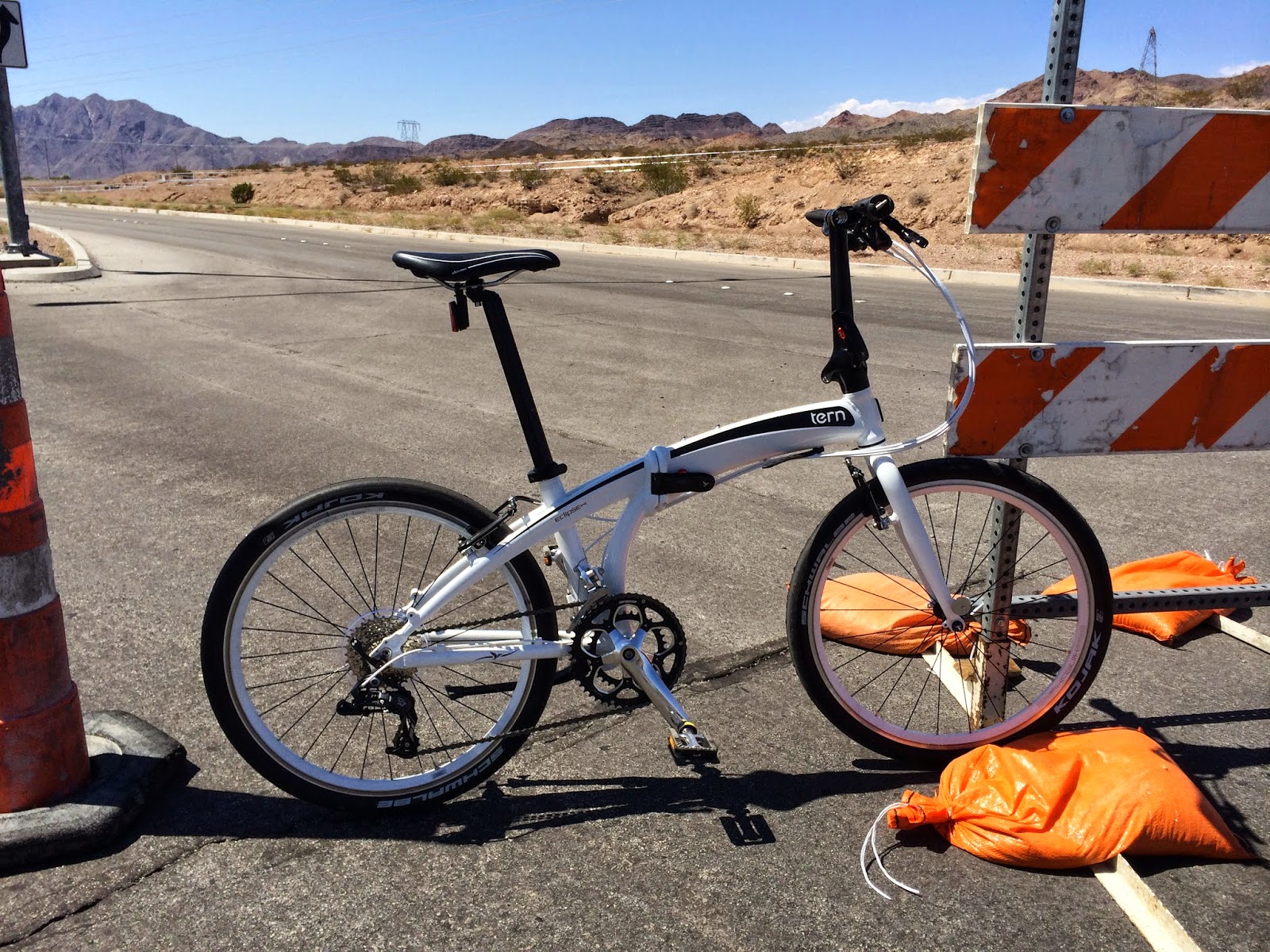 The other folding bike I took out, Tern.  Also a very stable and quick ride. More on Tern bicycles to come. 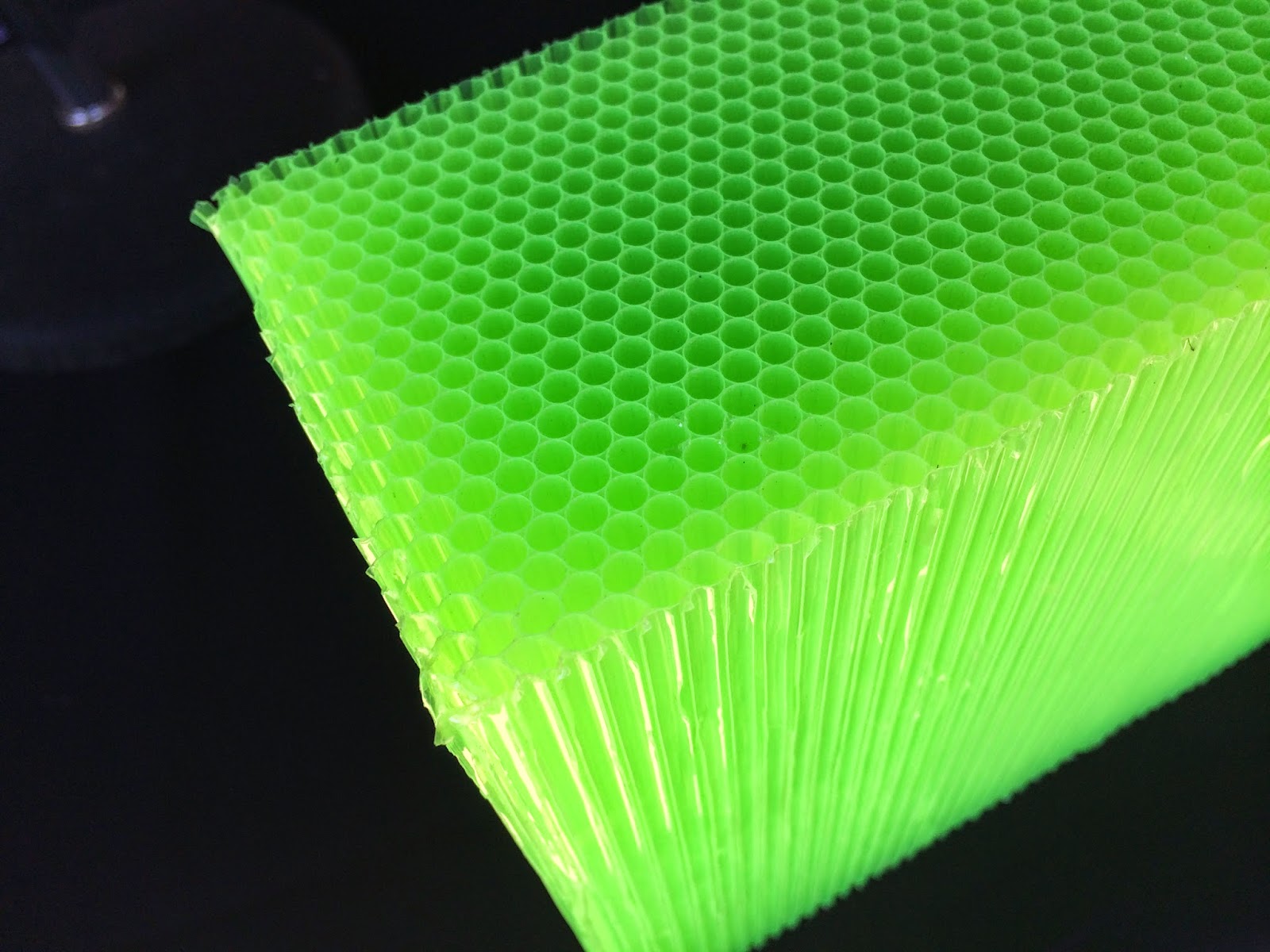 A big block of the Aerocore Koroyd material that Smith Optics uses in their road and mountain helmets to provide ventilation and protection. 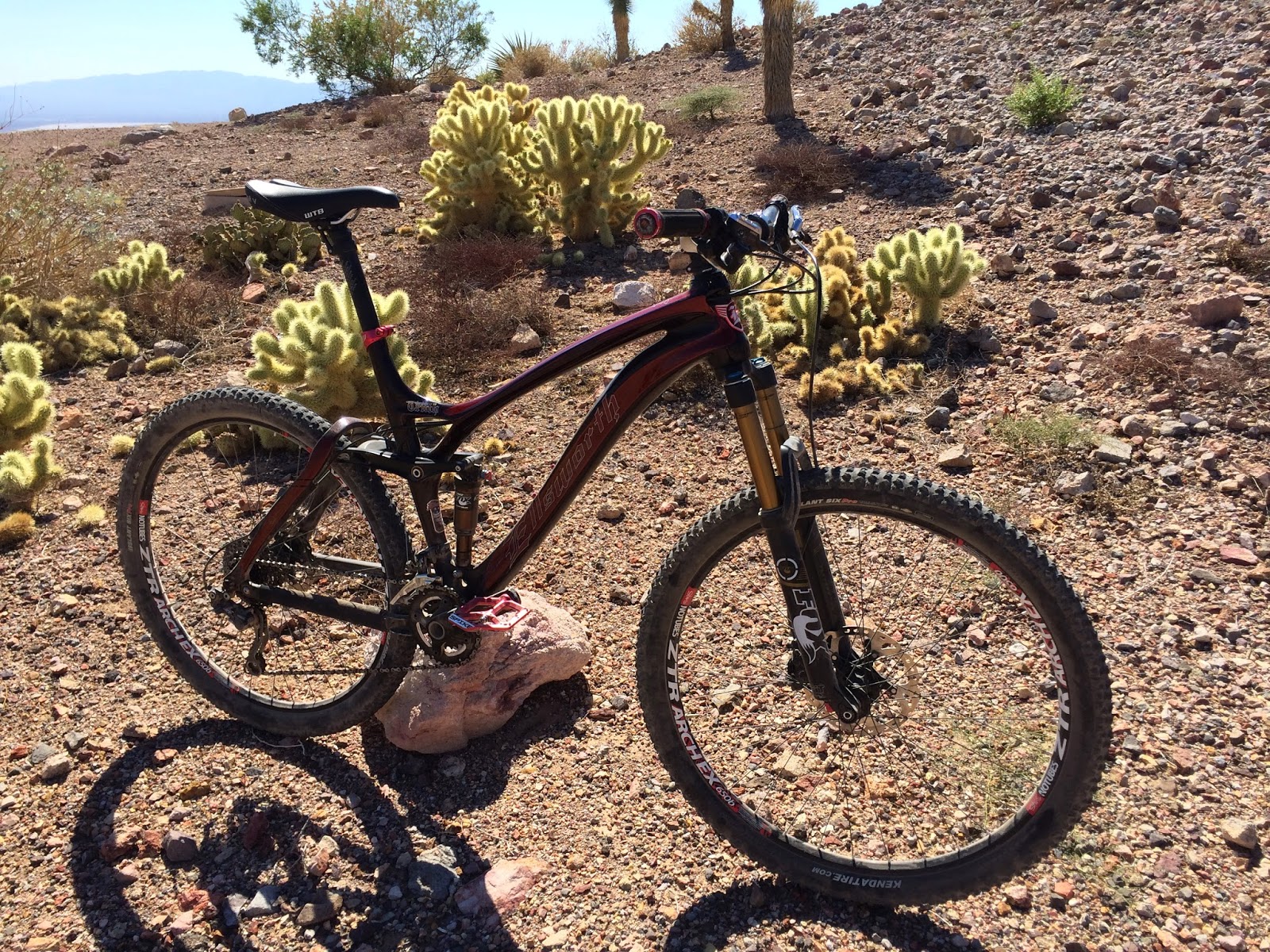 I'm not much of a mountain biker, but this bike could change my mind: Ellsworth Absolute Truth a great riding full-suspension XC rig.
Next up: Part 2: The Show...
Posted by Bike Junkie at 11:23 AM