Two years ago, during my first visit to Interbike, I came across a startup company who was showing a pre-production model of a helmet that had integrated front and rear lights. I was completely impressed by the potential of this helmet, and couldn't wait till they were available.

Fast-forward two years, and the Torch T1 helmet is out in the market.

I talked again to the Founder/CEO, Nathan Wills at this years Interbike, and he said that after 2012, they took the next year to refine the product, and get it ready for production so they could show the production model, and be ready to ship by 2014. 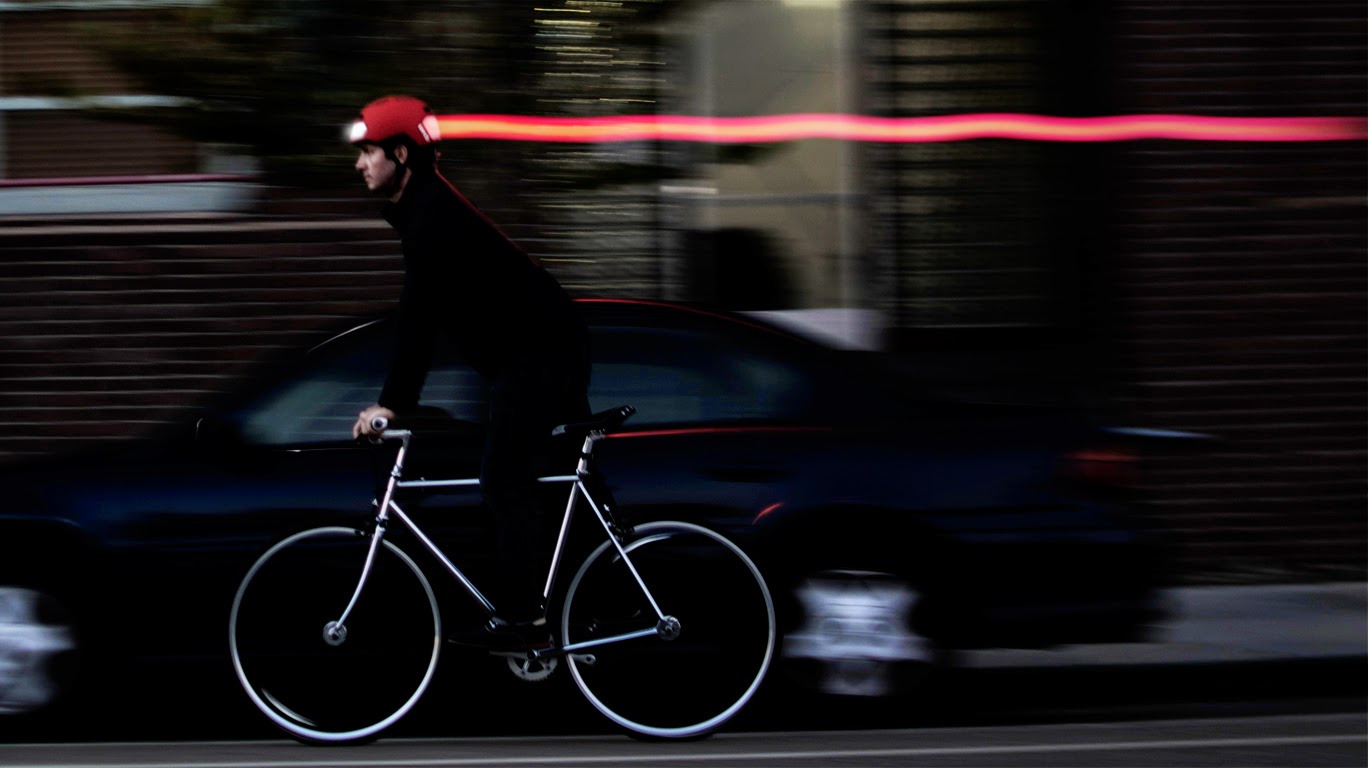 I was able to get a helmet for review, and I am still as impressed as I was when I saw that pre-production model in 2012. The helmet has 5 lights each front and rear, protected by a frosted polycarbonate lens, which does a good job of difusing the light across the entire lens. The four modes (high and low steady, slow and fast flash) are accessed by a button on the side of the lens. The button has a good, positive click so you know when it is on or off, and is easily used while wearing gloves.  The lights are individually powered, and run times are estimated at 2 hours for high steady up to 12 hours for the slow flash.  I have been running the front on low steady, and have been getting about 4-5 hours. The front and rear have their own power supply, so one will not affect the run-time of the other. 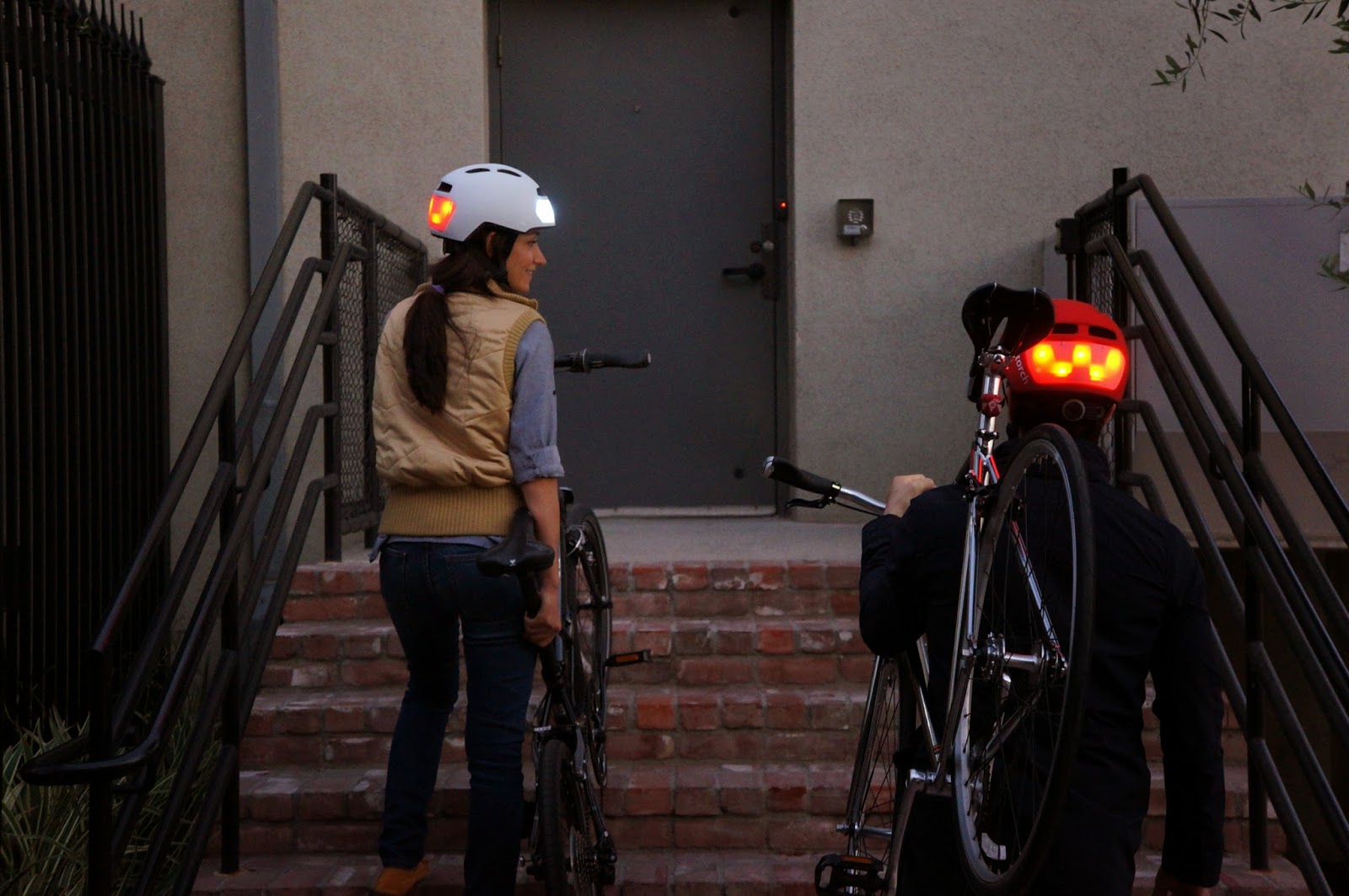 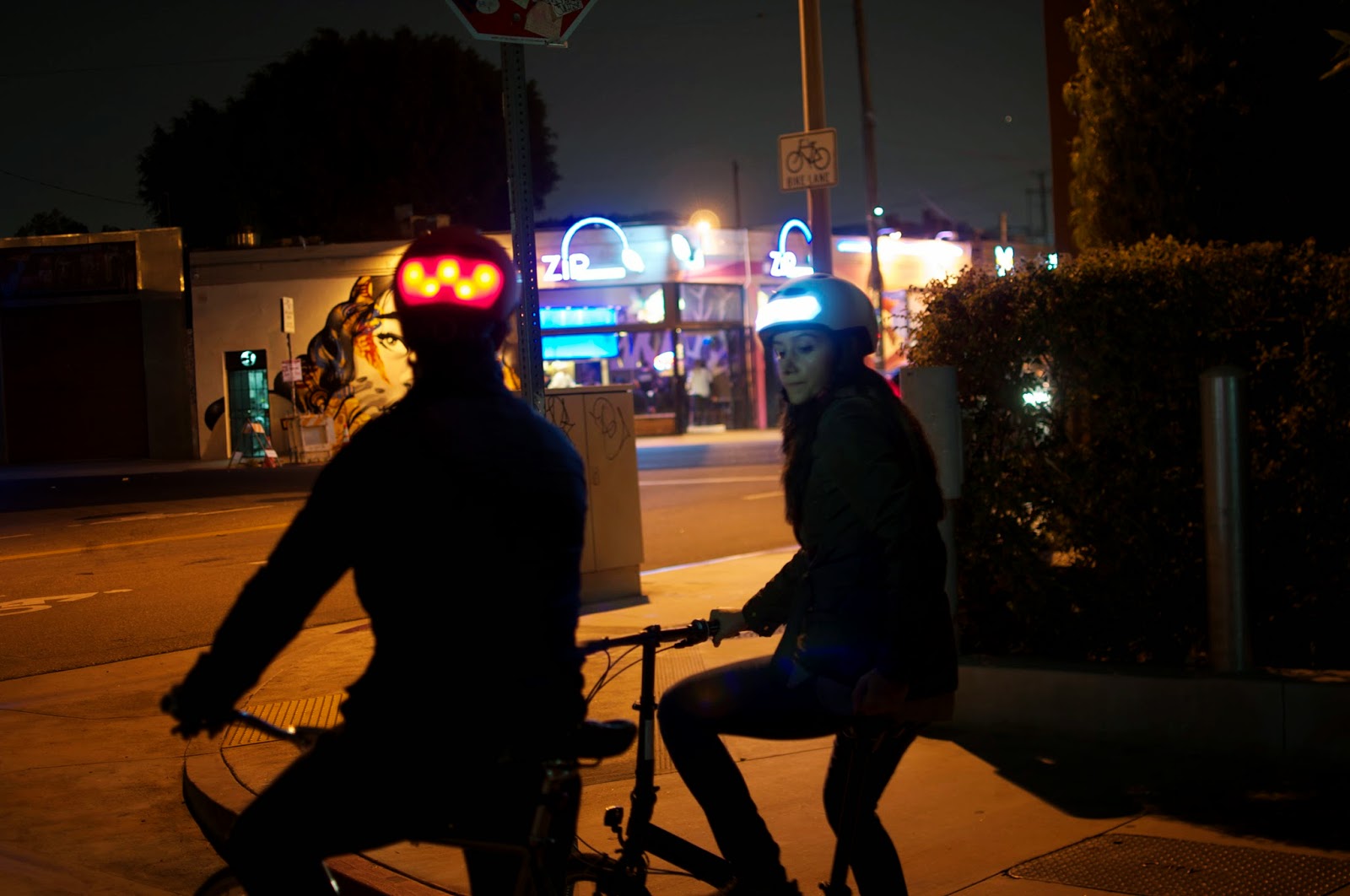 The helmet doesn't throw off enough light to be used as a primary light source (there was mention of a mountain helmet in the works that would have that feature). It's more of a "hey, see me!" light, but it does illuminate the surrounding area enough to see something on your bars.

The only thing on the helmet that causes me some concern is the charging system. As I said above, each light has its own power source, and the helmet comes with a y-cable that will charge both batteries at the same time via USB. my hesitation is that this cable is fairly product-specific, and if you were to lose or break the cable, well... I would be happier to see a more standard USB/miniUSB charging system used on future models, because who of us doesn't have a bazillion of those cables lying around? 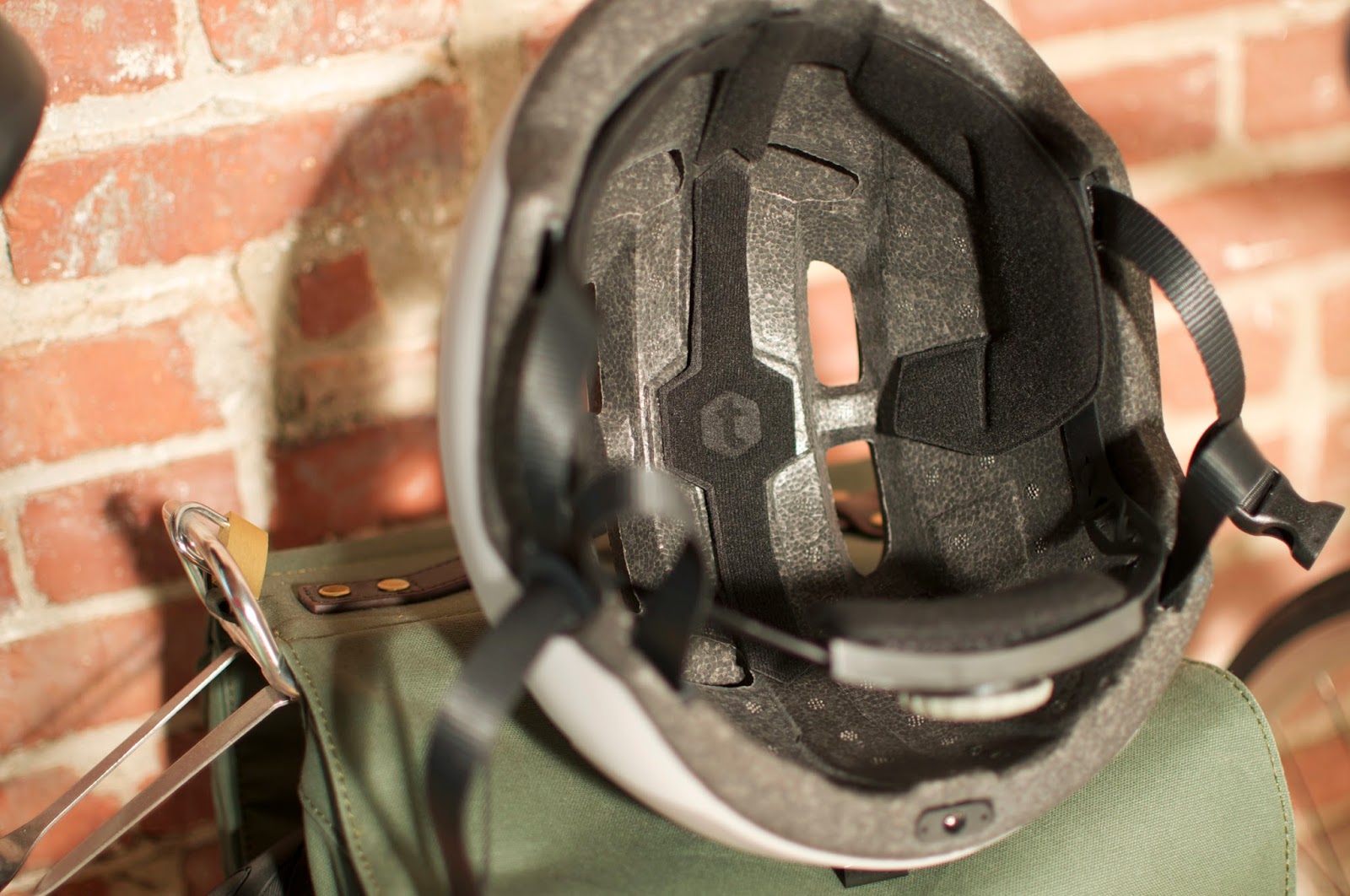 That being said, I love this helmet. It is a perfect helmet for early morning/late night commuting where any extra visibility is a plus. 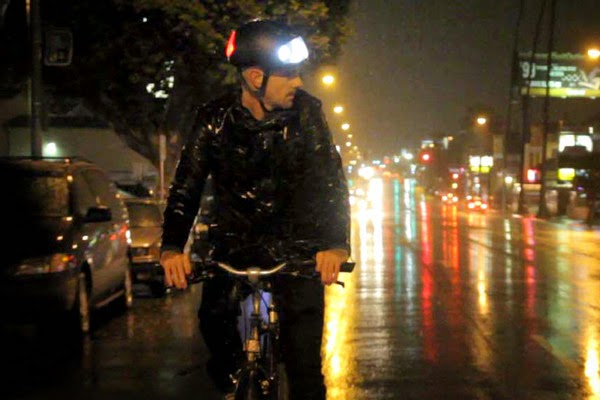 The helmet comes in 3 colors: red, white and black.  The black also comes in their "Midnight" color scheme with smoke-tinted lenses front and back.  The msrp is $140 for the helmet, and $150 for the Midnight edition. 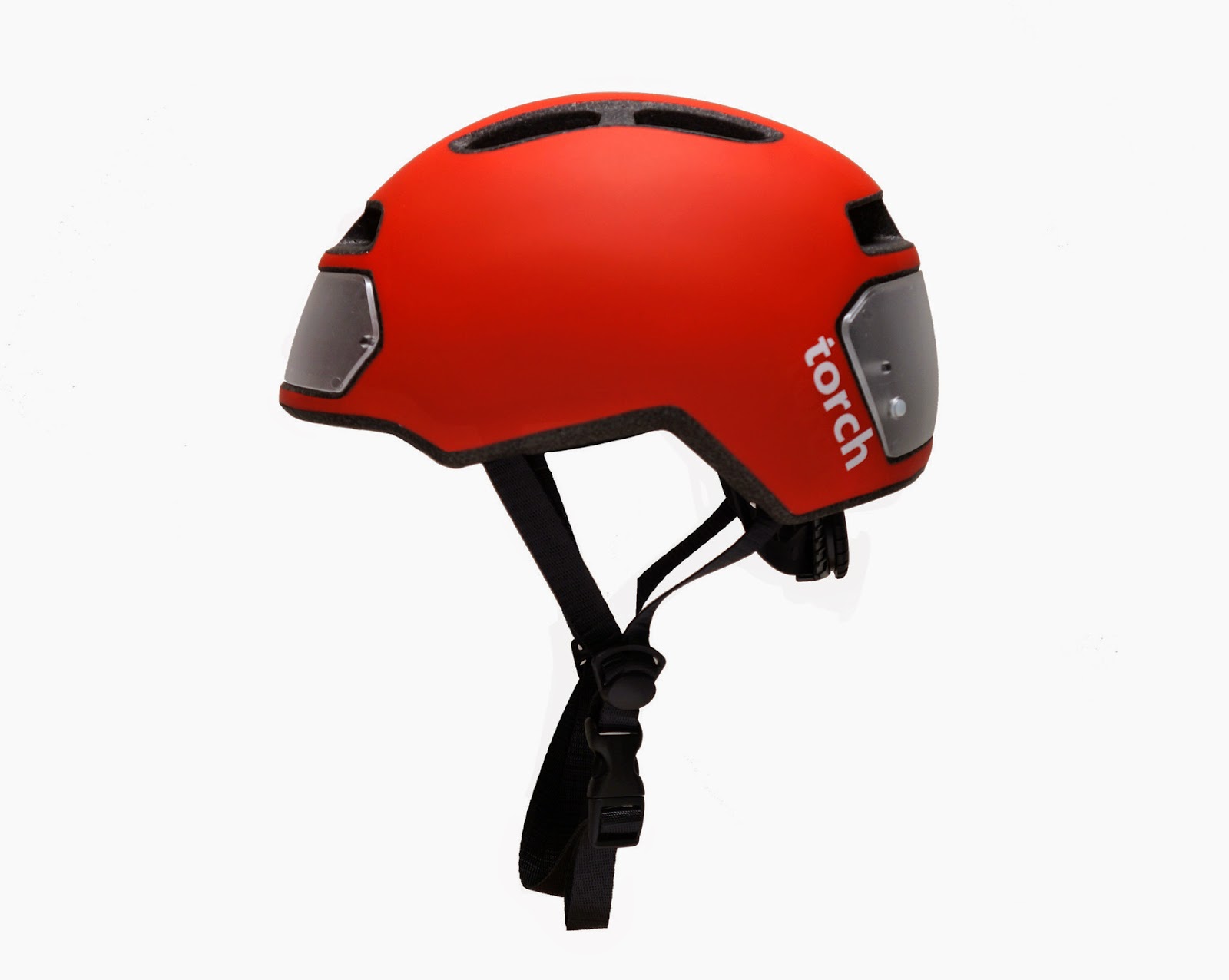 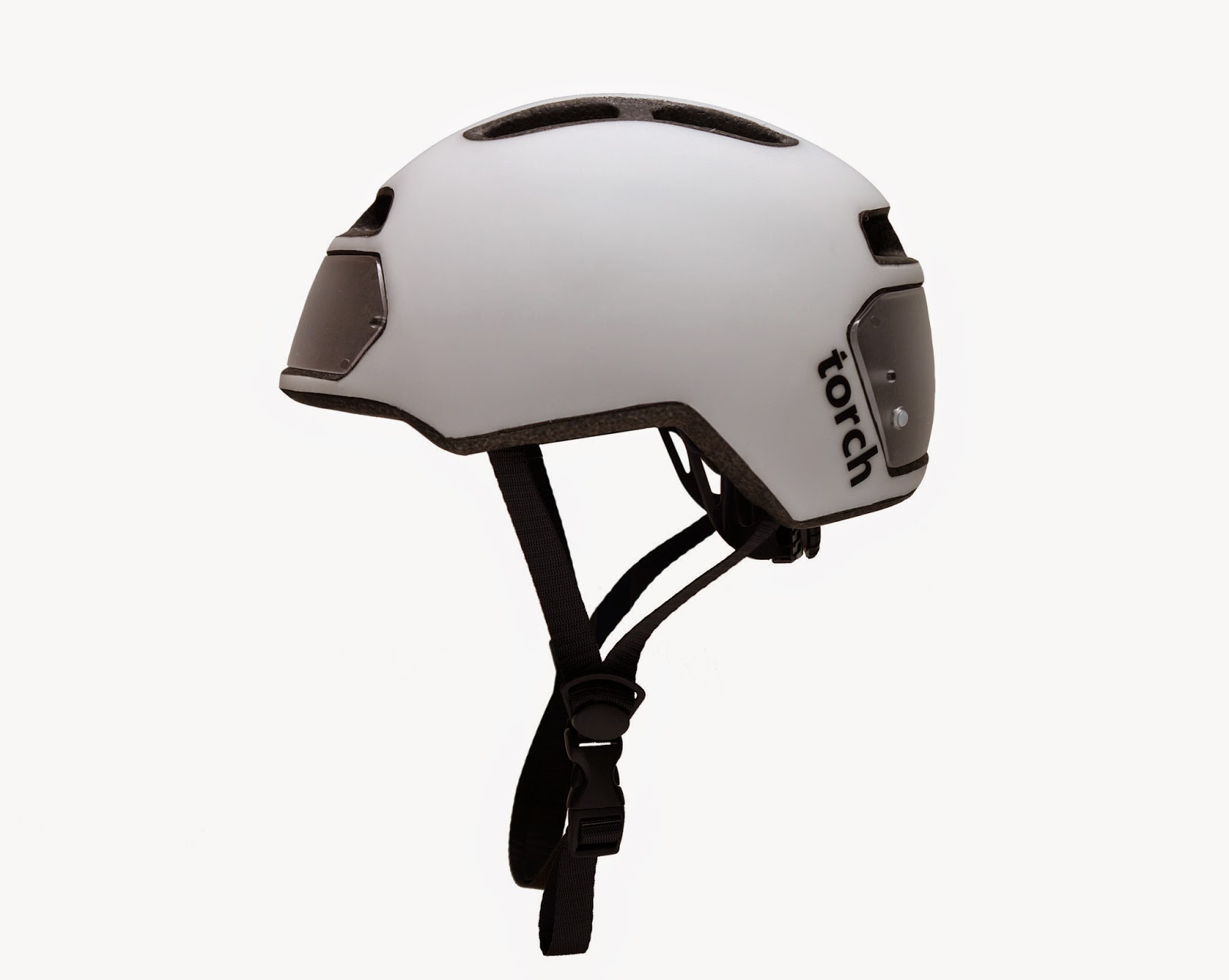 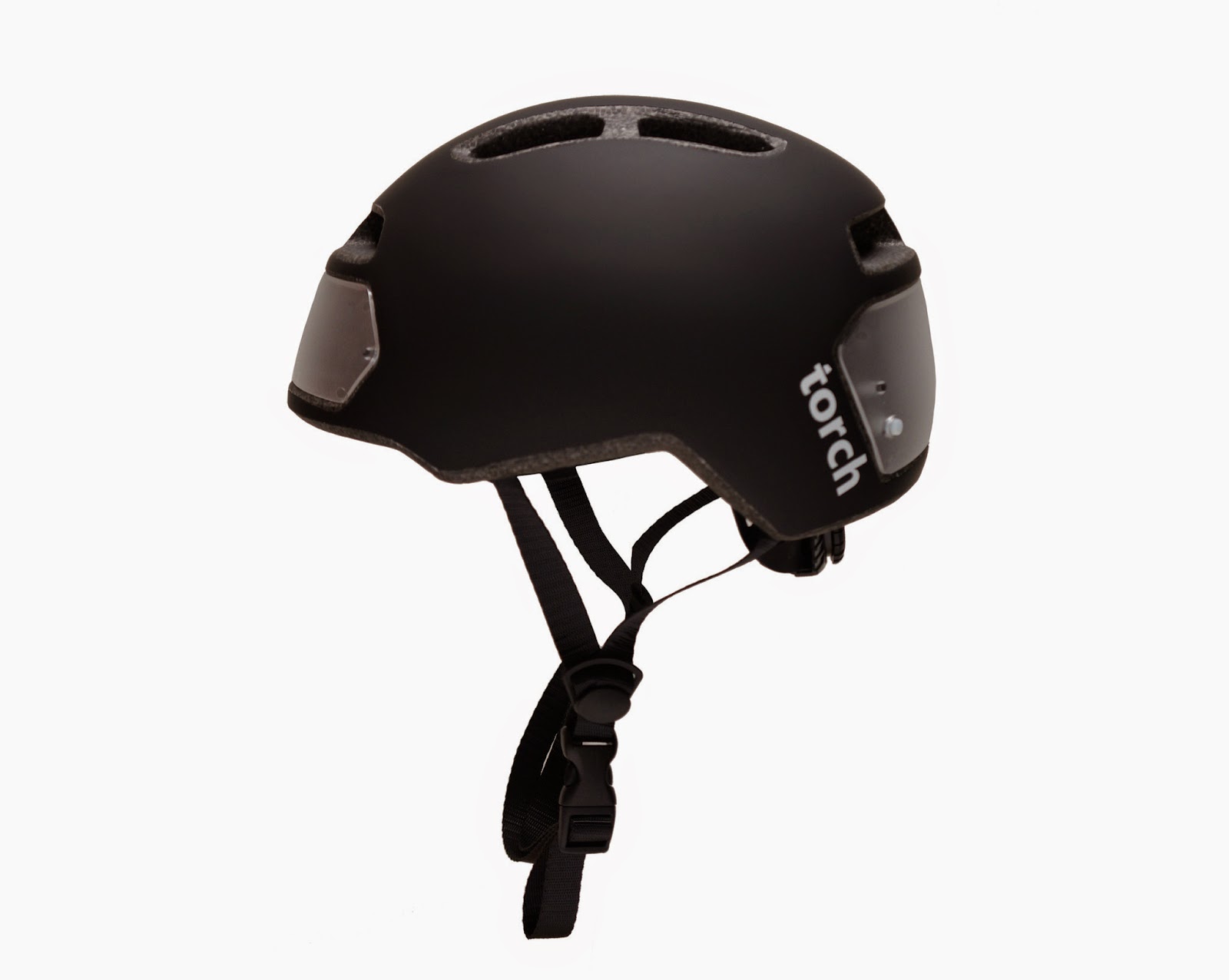 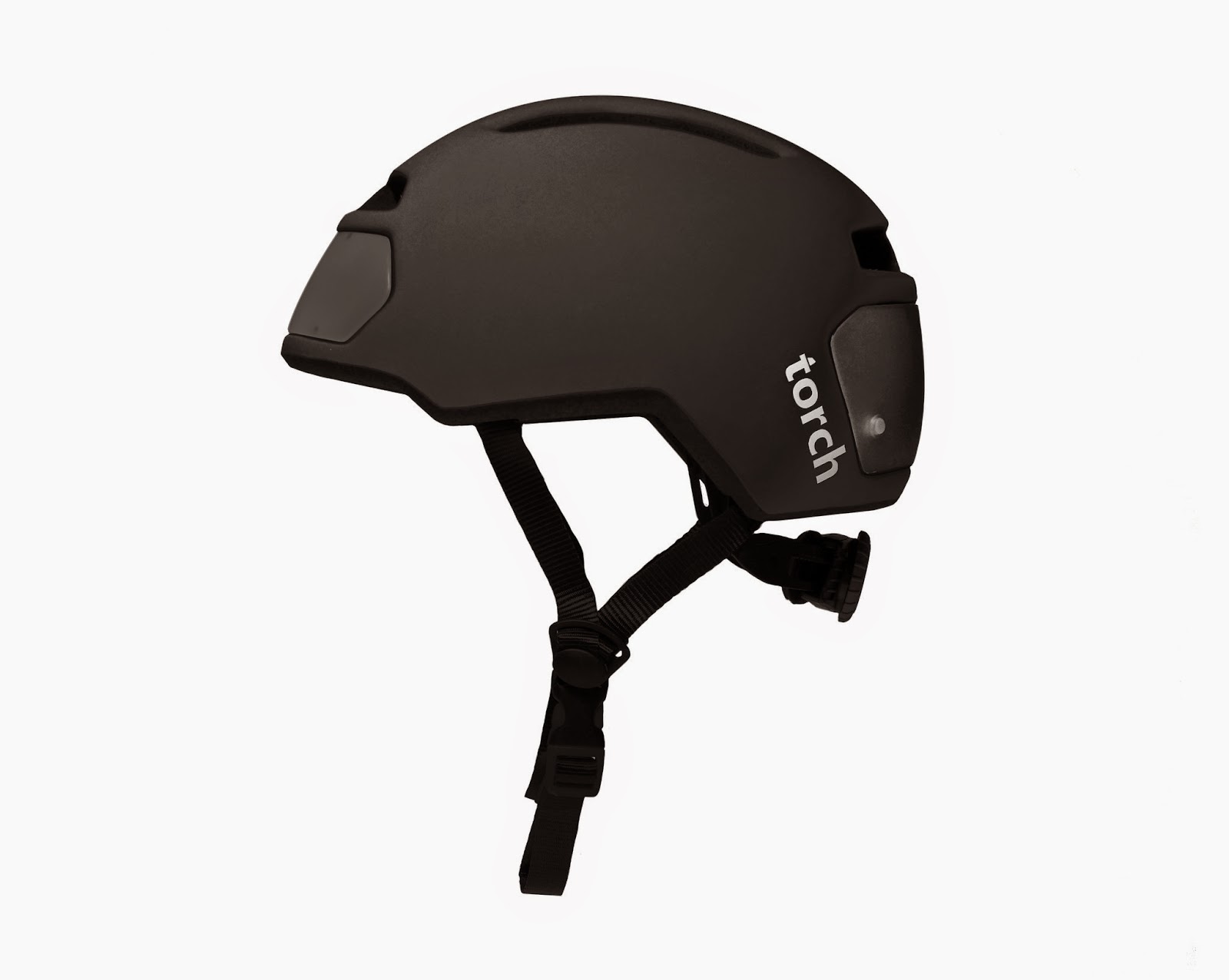