Tales from the Commute - I'm Faster than a Bus!

Well, not any bus, the UTA route 460, which is the bus that I took when I still wasn't able to ride. 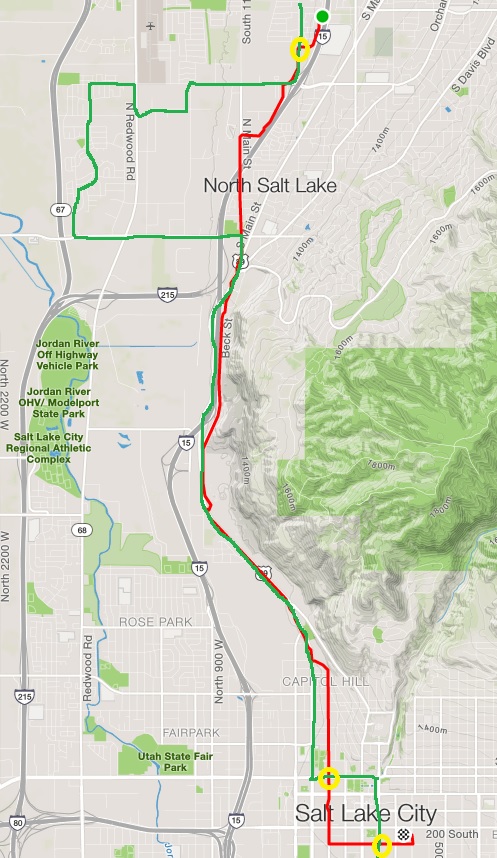 The green line represents the route of the 460, the red is my route to work.

Today, as I pulled out of my neighborhood (the top yellow circle) just in front of the 460. I didn't see the bus again until we crossed paths at the middle yellow circle on the map. At that time, I was waiting at the light, and it was almost a minute before the 460 came into view from the next block down. At the final yellow circle, the bus was still up the street.

Yes, there are more direct buses from my suburb to downtown SLC, but they don't matter to me because they don't run at the time I needed in order to get to work on time.

It may be a small victory, but I'll still take it!

Email ThisBlogThis!Share to TwitterShare to FacebookShare to Pinterest
Labels: tales from the commute