Music makes everything better. It is the ambiance to our lives.

Except cycling. Riding with earbuds or earphones is not better*. It blocks your ability to hear oncoming death in the form of that truck barreling down upon you.

At Outdoor Retailer back in August, I talked to the fine folks at Coros, who were kind enough to send me their LINX Smart Cycling helmet for review. 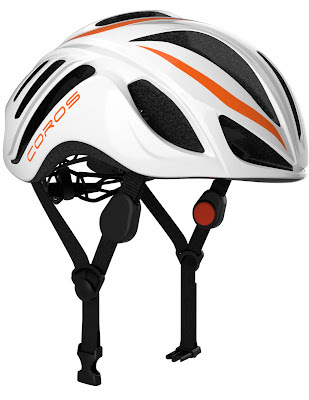 Aside from protecting your head from impacting other hard objects such as the road like all good helmets do, the Coros Linx helmet allows you to listen to your favorite tunes, and get navigation assistance while still hearing everything around you.

The Coros Linx system is made up of three parts, the helmet, Smart Remote, and app. 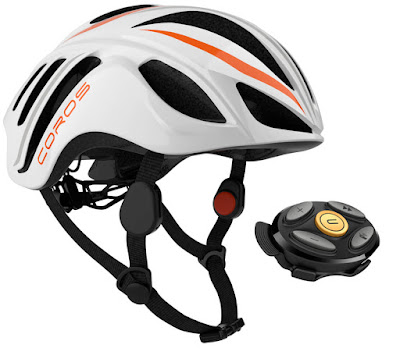 The helmet uses bone-conduction technology to transmit sound in the form of vibrations into your upper cheekbones, keeping your ears unblocked so you can hear your surroundings while still listening to your music. The helmet also has a wind-resistant microphone mounted at the front of the helmet so you can make and receive calls.

The Smart Remote mounts to your handlebars or stem, and allows you to control via bluetooth your music volume and selection. 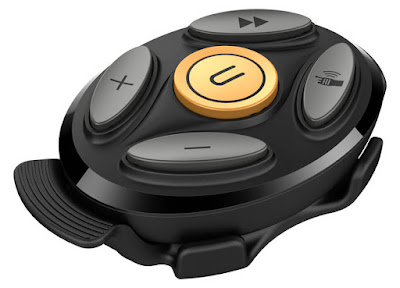 The app, which is available for both iPhone and Android, allows you save rides and routes, gives you audio feedback on your speed and distance, and also will notify your emergency contact (saved on the app) if the helmet receives an impact, such as when there is a collision. 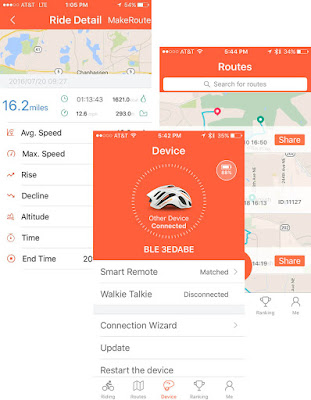 How does it work? Well, I have to say that I was impressed. It is still on Kickstarter (where they have surpassed their goal by over 300%), and there are still some minor bugs that need to be resolved - which when I stopped by their booth last week at Interbike, they assured me that they were aware of and were working on a resolution.

The sound quality from the bone conducting transducers located on the front straps is good. It isn't audiophile quality, but you aren't sitting in your den, in front of the fire listening to your vintage record collection on a vacuum tube amplified turntable. It is loud enough that I can hear it clearly unless I'm riding right next to heavy traffic. The microphone is well protected from the wind, when talking to Mrs. Bike-junkie and the little bike-junkies, they were surprised to know that I was still riding. They only noise that they could hear was my wheezing and panting as I was climbing. I tried the emergency contact notification (by dropping the helmet on the ground, not by getting hit by a car) to see if it would notify my wife. **One note on it, you have to be running the app in order for that feature to work, which it did. My wife was sent a text saying that there was a collision at such and such GPS coordinates. It would be handy, except for the fact that I've "cried wolf" enough times by testing out other such systems that I think all of my family just now figure that I'm simply dropping my helmet and not in any real danger.

Battery life. All of the data I found said battery life on the helmet was 10+ hours. I wore the helmet for my commutes to and from work listening to music and running Strava. My commute is about 45 minutes each way, and the battery held up for over 5 1/2 weeks. By my admittedly poor math skills, that means that I was able to get 40+ hours out of the battery. That is pretty impressive.

I mentioned minor bugs. My biggest complaint is that there is no Siri or "Hey Google" connectivity. Receiving calls is easy, you simply tap the middle button on the Smart Remote to answer an incoming call, but short of pulling out your phone and dialing, there is no way of placing a call from the remote or helmet. I have been assured that they are working on getting the licensing so they can incorporate that feature into future updates. There is a walkie talkie button on the remote and on the app it says that the walkie talkie is disconnected. I don't know if that is a future planned upgrade, or if that is how Siri will connect, but  there is room to improve the product. Another upgrade - that they have said both on their website and in person is in the works - that would be nice is cross-pollination with other popular apps such as Strava and Map My Ride. I would also like to be able to repeat or skip backwards on my playlist. Sometimes you have that power song that you want to listen to again,

On the whole, I am very impressed with the helmet. Riding with music and navigation, at the same time still being able to hear the world around you makes for an enjoyable commute. My complaints are minor, and easily fixable via a software upgrade.


*All opinions expressed here are mine. You may disagree, and that is your right to do so.
Posted by Bike Junkie at 12:37 PM