I have been accused of being a grumpy old man - mostly by Mrs. Bike-junkie.

I am not here to dispute that statement. In fact, I frequently relish and enjoy my curmudgeonly status. It makes rants like the following not seem out of character.

What has spiked my righteous indignation today, you may ask? It is a common thorn in the side that goes by the name of "Cyclists who throw their punctured tubes and other trash on the side of the road instead of picking it up."

This morning, I was back to my usual commuting routine after a week off boating and attending a wedding (unfortunately, two separate events. I think a wedding on a boat would be pretty epic) in the state just south of the one I call home. I came up to a left hand turn on my route that has a signal button for cyclists, and saw this. 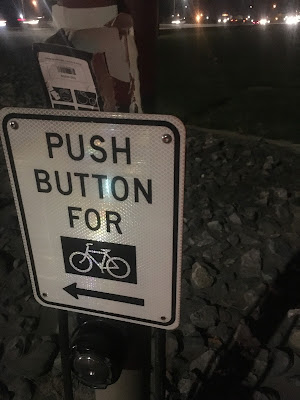 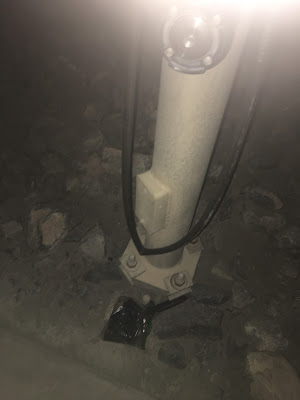 I am truly confused by this display. I frequently come across punctured tubes and spent CO2 cartridges discarded on the side of the road, curse the Lycra-clad Fred that couldn't be bothered to pick up his trash and stuff it in his jersey back pocket with a festering case of saddle sores, and pick it up and stuff it in my bag to be patched later and added to my growing supply of spare tubes. But to dangle the punctured tube from the turn signal, and to stuff the box behind it? Not to mention the Ziploc baggie at the bottom containing another tube? It defies the senses.

Here is a better shot at what I recovered: 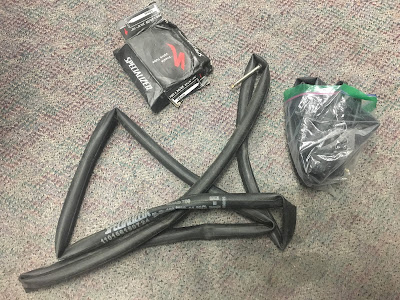 I don't know if they were going for points by "attempting" to pick up after themselves, but they still lose, because all they did is nicely organize their trash. Unless they have an app that will summon a drone to rush in a spare tube in case of emergency, they packed it with them. So, what is so hard about packing it out? Are they trying to increase their wattage on the back half of their training ride by jettisoning any excess weight? Well, I can tell you by ditching the few ounces of tube and cardboard, their effort went up from "you suck" to "you still suck, and now you're a littering slime-bag".

If you leave your tubes on the side of the road, YOU SUCK! No way around it, and no sugar-coating.