I spent the majority of the past couple of weeks walking around downtown SLC during my lunch break. Instead of doing my regular "caption this" Saturday post, I thought I would share some of the pictures I took. 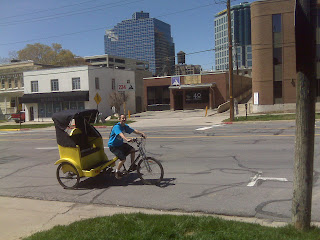 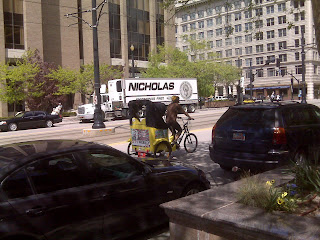 There are at least 2 pedi-cabs running around downtown SLC. 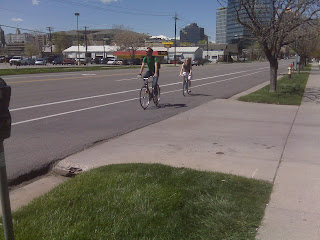 Ah, springtime. And with it, the migration of the Bike Salmon. Peddaling upstream... 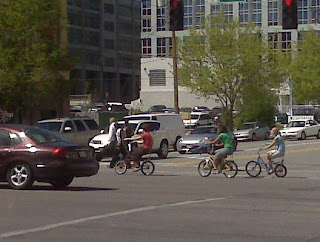 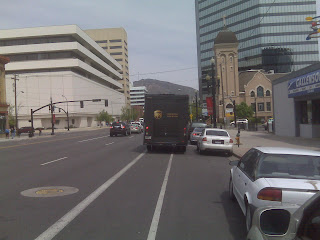 No, they aren't supposed to use the bike lane for parking while they make a delivery. Yes, they still do. 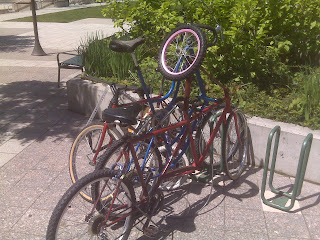 Some freak bikes parked at Gallivan plaza. the closest one has a wheel from a kid's bike as a steering wheel. 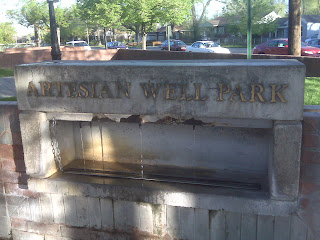 One of the things you might miss if you are in your car. This is an artesian well, located at 800 S and 500 E. People claim the minerals in the water are better for you than store bought, or tap water. 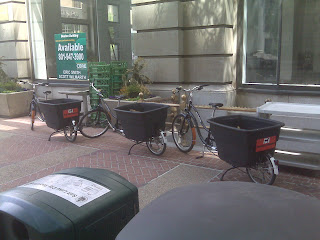 A local delivery service using cargo bikes to transport their packages. These particular bikes, Madsen bikes, are made here in SLC. Very cool! 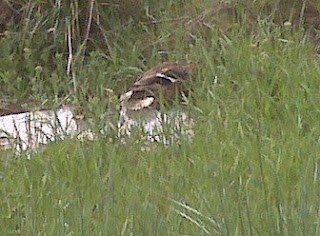 Yet another thing you would miss in a car. A momma duck and her 3 baby ducks were waddling down the road towards me as I was riding my bike back to my Mom's one day. Unfortunately by the time I got my camera out, they had waddled into the tall grass. 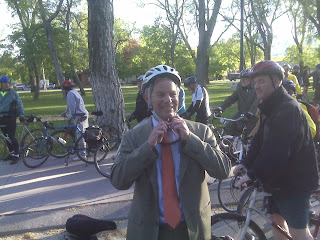 SL Mayor Ralph Becker. Behind him to his left, SL County Mayor Peter Corroon, and bewteen them in the bowtie, former Gubernatorial Candidate Bob Springmeyer getting ready for the SL County Bike to Work day. 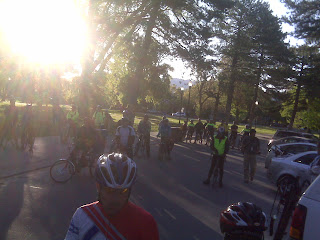 Some of the riders who gathered to ride with the Mayors for the SL County Bike to Work Day. 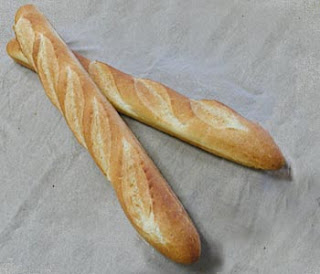 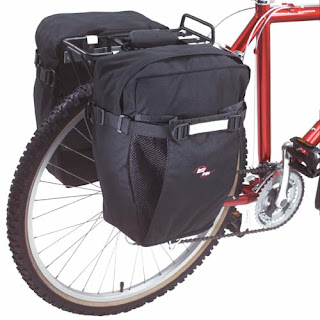 I have to mention the picture that got away: I guy riding his bike down the road, with a baguette sticking out of one of his panniers. He was gone before I could get my camera out.

Email ThisBlogThis!Share to TwitterShare to FacebookShare to Pinterest
Labels: Caption this