Here it is, the final post of the 2009 Tour of Utah, the Downtown Criterium photos. Again, I apologize it took so long to get these posted. Life sometimes gets in the way of other pursuits.


On with the pictures... 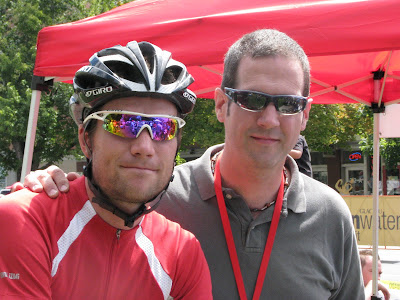 Boy, I'm meeting new friends left and right out here. Here is me with Dave Zabriskie. 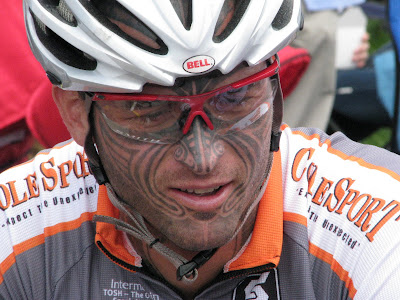 David Clinger. Didn't have a chance to get a picture with him. 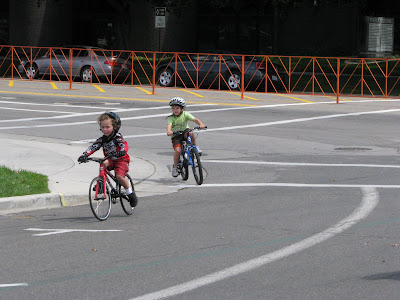 Before the Pro's took to the course, they had several waves of amateur criteriums, all the way from Cat 1-3, down to little kids. Here are some of the young ones tearing up the course. 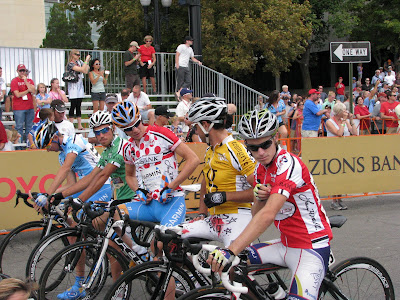 The traditional lining up of the jerseys at the start of the race. 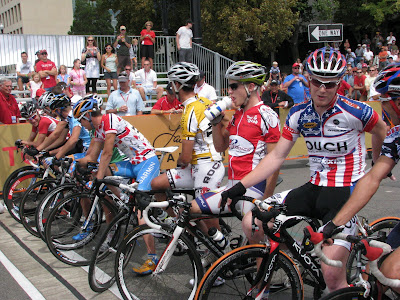 and other notable cyclists and locals. 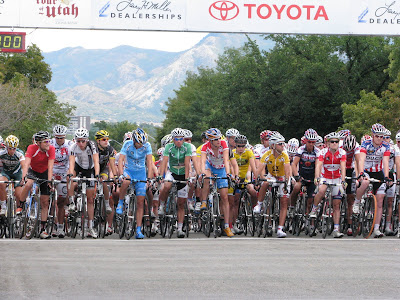 Waiting for the gun... 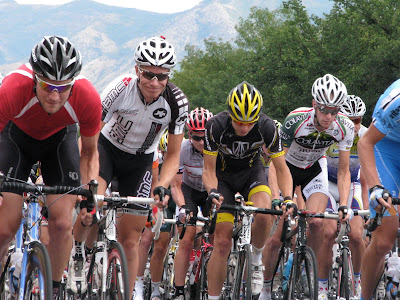 90 minutes of criterium action has begun! 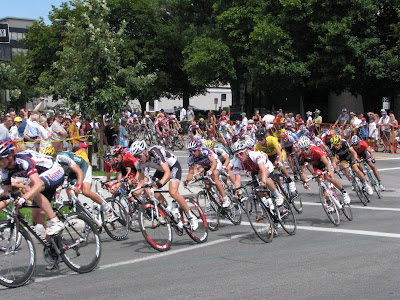 The action on turn 4. 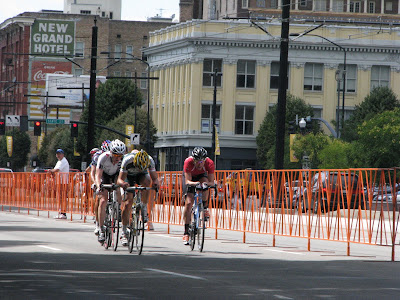 Dave Z and a few other cyclists took an early lead, forming a breakaway that at one time had 20 seconds on the peleton. They held out for more than 10 laps before they were swallowed by the peleton. 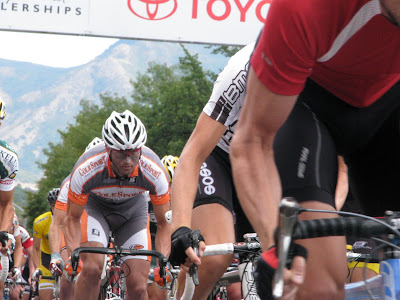 Their lead gone, the breakaway is about to be swallowed by the peleton. 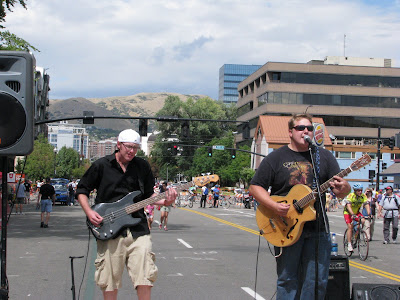 At the vendor expo, they had Local band, AntiVibe entertaining the crowd. You can see the peleton going past behind the band. 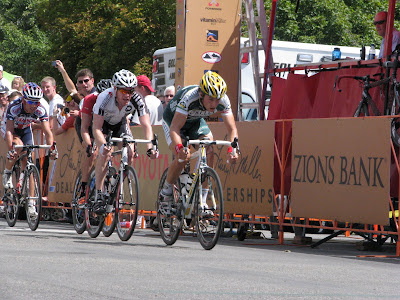 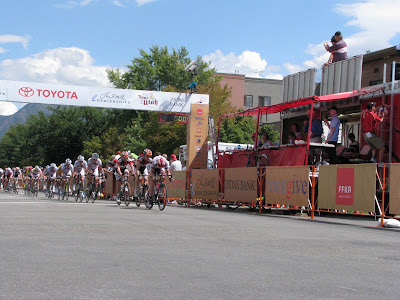 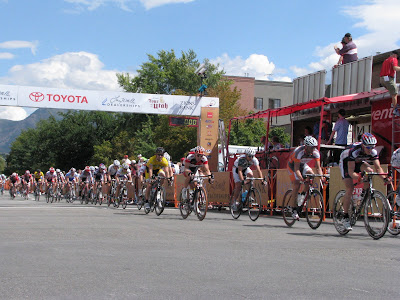 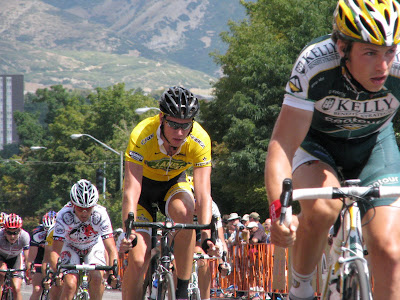 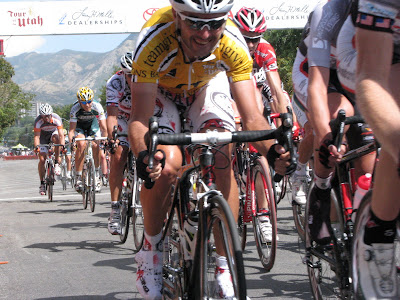 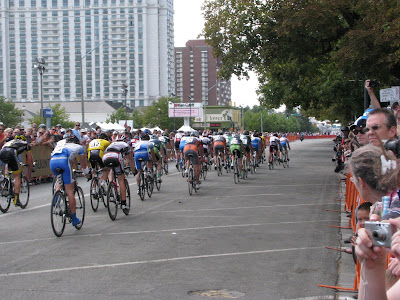 More pictures of the race going past. These guys were averaging nearly 30 MPH for the entire 90 minutes! 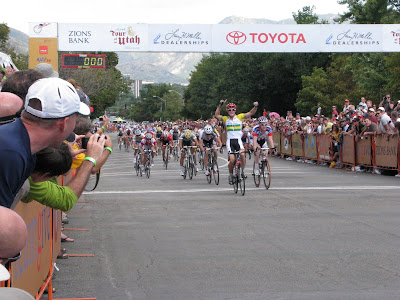 And we have a winner, Bernie Sulsberger with Fly V Austrailia. 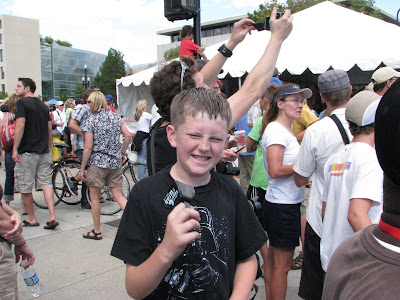 I brought my 11 year old with me to watch the stage. His response? "Cool" 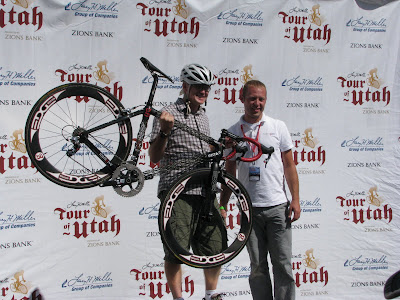 How would you like to get a $12,000 bike for only $3? That is what this guy did. He bought a raffle ticket from Team Give, and walked(rode) away with a Delta 7 Road bike. Lucky! 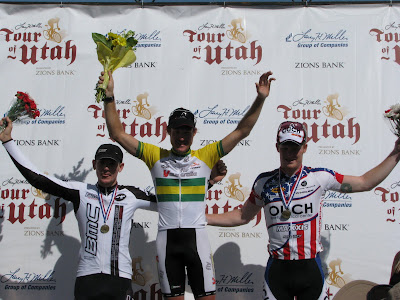 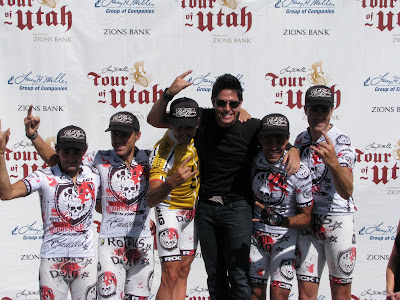 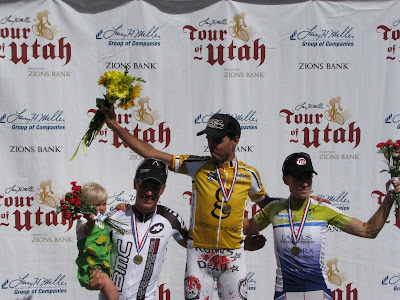 The top 3 in the General Classification: Francisco "Paco" Mancebo, Darren Lill, and Jeff Lowder (with daughter). 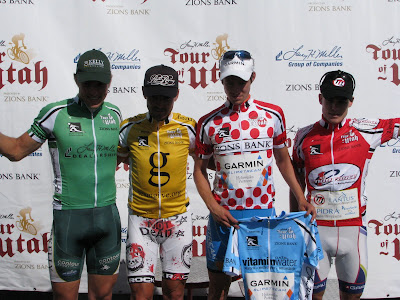 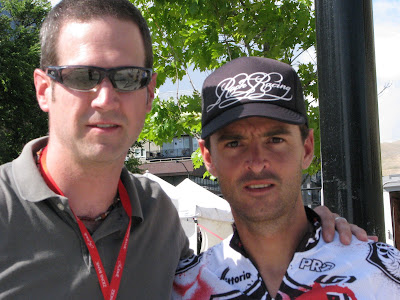 One last shot, me with "Paco" Mancebo.
Back on my July 22 post, I said that I may have a special surprise coming up, but I couldn't say more at the time. Well, I can now say. I am in the middle of an interview with the Executive Director of the Tour of Utah, Terry McGinnis. I hope to have it posted by Friday, but It may have to wait till Monday. So far, very good. There are a couple of things that he has said for the 2010 Tour that I really hope they can make happen.
Posted by Bike Junkie at 9:01 AM

That's so awesome! I'm proud of you and excited for you. I can't wait to read the interview.

Go!! Ken!! I know you were in 7th Heaven with this whole Tour thing. Glad you were able to do it. Love you, Mom