A disasterous end to a great ride

What was going to be a 25 mile ride, ended up being 40 miles with an unwelcome surprise at the end.

I needed to get out on the bike.

Scratch that, I need to go running, but the bike was calling, and I couldn't ignore it.

So, I head out on the bike towards Camp Floyd, which is about 14 miles away for a nice Saturday morning ride. 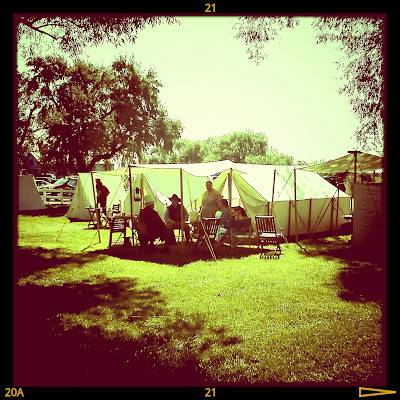 They were having some sort of Civil War reenactment going on out at Camp Floyd today
It was a great ride, and I was feeling great. So great, in fact that I decided not to go back home, but instead I decided to go into Saratoga Springs and add another 15 miles onto my ride.
On the way back into Eagle Mountain town center, I encountered some stiff headwinds, but I was almost home so I figured I could deal with them.
Here where the bad part happened. 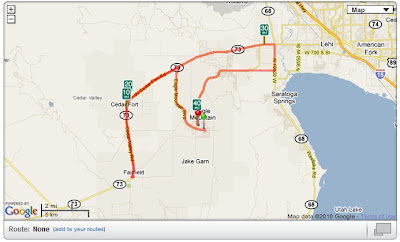 I almost made it home..
I took my hands off of the bars for just a moment, when a strong gust of wind hit me from the side.  I lost control of the bike, and slammed straight into a curb, throwing me over the bars and onto the sidewalk.  I got up, did a quick check of myself and determined that I only suffered some minor road rash, and didn't ruin my shorts or my Team Fredcast jersey.  Then I did a quick check of my bike.  I was thinking that I probably bent my rim pretty bad, but it didn't look like it was bent at all.  I was surprised by that because of how hard I hit the curb.  I then fished my phone out of my jersey pocket and discovered this... 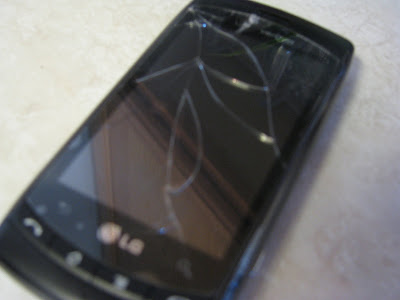 Yes, that would be my new LG Ally with a shattered screen.  Fortunately, it still works, and I can still use it thanks to a screen protector I installed on it when I first got it.
I hopped back on my bike to finish the ride home, and I discovered that I flatted my front tire.  I wasn't surprised by that one, because like I said, I hit the curb pretty hard.
Then I noticed the other problem with my bike. 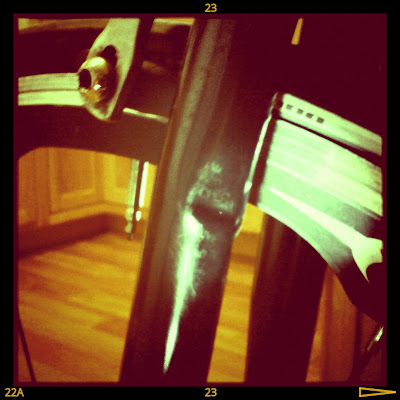 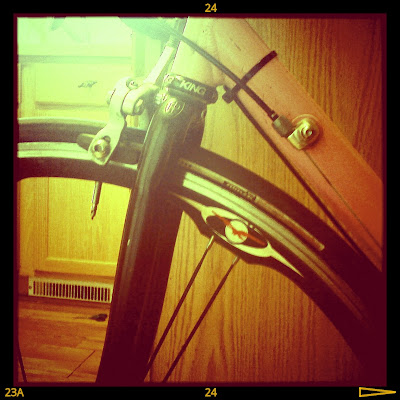 That would be my steel Tom Ritchey fork with a nasty bend in it.  Basically rendering it useless.
So, let's sum up the ride for today.
40 miles.
1 phone with a shattered touch screen
1 bent fork
1 wheel that probably needs truing
1 flat
road rash
1 very upset Kendall, who won't be commuting or riding until he is able to afford a new fork.
Yeah, great ride, right up till the end.
Posted by Bike Junkie at 3:13 PM

Had a similar crash a while ago. I was over at the bike park in EM a year ago. I was on one of the skinny wooden features and came off to early. Hung the bike on my front crank, then landed on a rock with my iPhone in between my hip. Screen was shattered and the phone was toast.

This was compounded by blowing out my fork the day before up on the Draper DH trail. Not a good week.

Man, that stinks. At least you got through it relatively unhurt. Hope you can get back on the bike soon.

Bummer. Glad you were not hurt. Good blog, keep it up.