I am Apparently a Very Persuasive Person

Yes, my skills at persuasion are good. Almost scary, in fact.

I read on twitter yesterday that there is going to be an encore performance of Race Across the Sky on Thursday to kick off the 2011 Utah Bike Summit this weekend, and that there are still tickets available. This performance will be followed by a Q&A with some of the Leadville MTB racers, including the legendary Elden the "Fat Cyclist" Nelson (you read his blog, right? I mean EVERYBODY reads his blog). 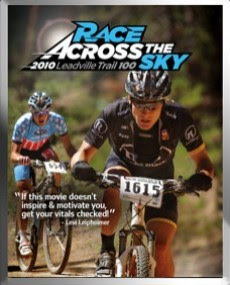 I saw the 2009 Race Across the Sky with some friends back in November 2009, and decided that I wanted to go see this one, except there were a couple of problems: It is on a school night, and my wife is not a cyclist, or a fan of cycling. I figured that she wouldn't be at all interested in going with me. Still, couldn't hurt anything by asking.

So, I texted her:


Me: You want to see a movie about bike racing on Thursday?
Her: Chances are slim. Tell me more. In a theater?
Me: Yes, at Jordon Commons
Me: It's the Race Across the Sky from 2010
Her: Yeah, let's do it!

So, we're going to see the Race Across the Sky on Thursday.

I promise to only use my powers for good (most of the time).
Posted by Bike Junkie at 6:16 AM

Email ThisBlogThis!Share to TwitterShare to FacebookShare to Pinterest
Labels: Race Across the Sky

No, I'm not a cyclist or a fan of cycling... but I AM a fan of making you happy. I enjoy watching you enjoy yourself. That's enough for me!