Now that I have the Tour of Utah out of the way, I can get back to the Outdoor Retailer show.
I previously talked about the Open Air Demo at Jordanelle, and showed some of the t-shirts that I saw this year. Now, here is part 1 of the day I spent at the actual show. 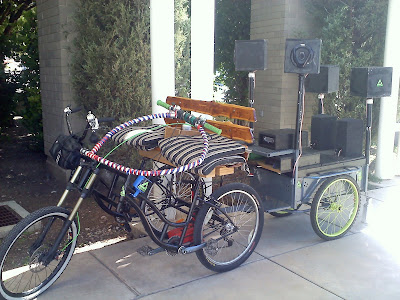 Mobile sound system. I understand that this was used on the cruiser ride that took place one night after the show. 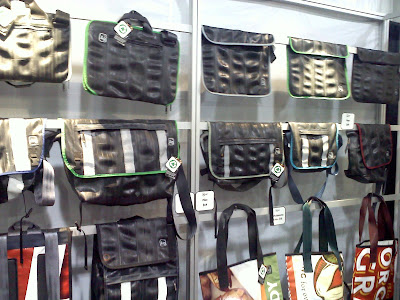 Some very cool recycled messenger bags made out of inner tubes and billboard materials by Alchemy Goods. These guys are so cool, that their business card is even made from a bicycle innertube 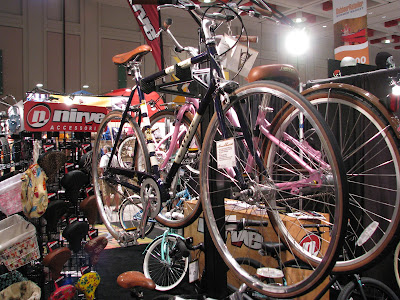 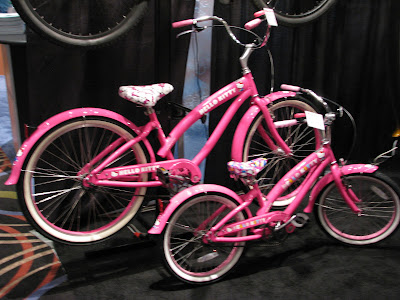 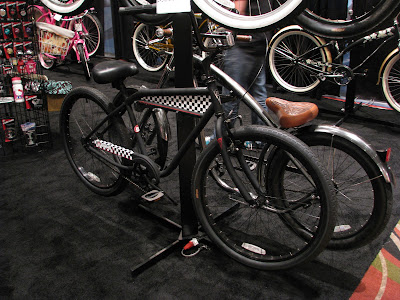 Nirve bicycles, a regular at the show.  The Hello Kitty bike even exceeds my level of pink on a bike! 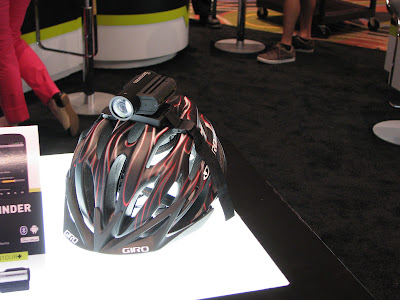 I tried Contour's camera as part of a rental program last year, and was impressed with it. New for this year is bluetooth connectivity allowing you to use your smartphone (iPhone, Android comming soon) as a viewfinder and controller for your camera. 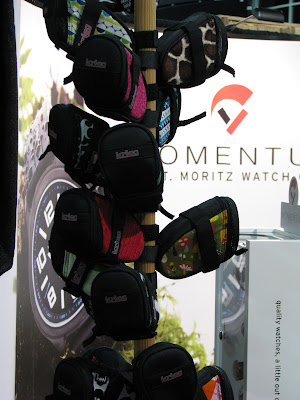 Krieg is actually a manufacturer of chalk bags for climbing, known for their wild and funky patterns. Not too long ago, they made up some saddle bags out of the same material, and they were a hit. 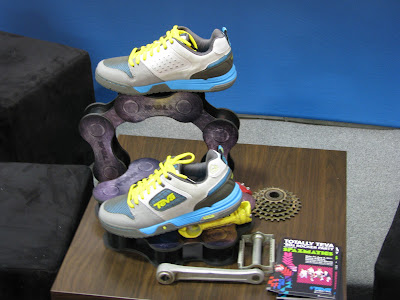 Teva has introduced a line of commuting/freeride shoes. They were kind enough to send me a pair to review. I've been wearing them for over a month now, and I love them! Full review coming soon. 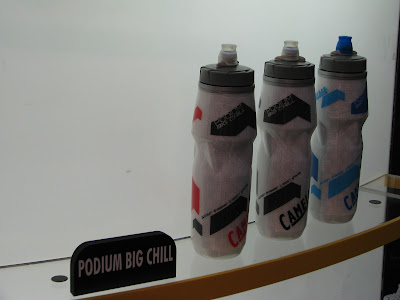 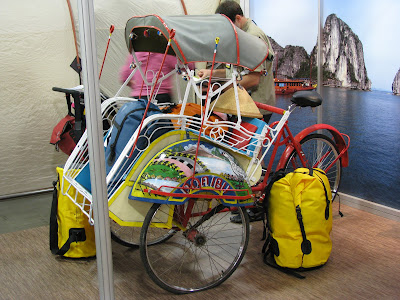 Bikes were used in displays for several companies - even if that company had little to do with cycling. I don't remember who this was, but the colorful rickshaw bike caught my eye. 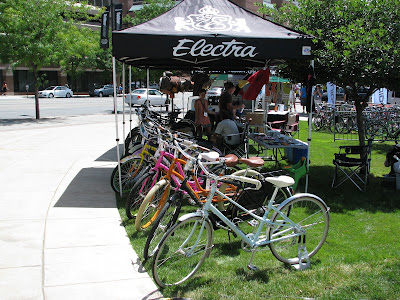 Once again, Electra partnered with Park 'n Pedal, and had a fleet of bikes available for attendees to use for riding around town. 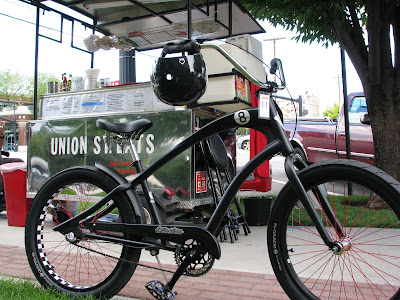 Yes, I took one of the rental bikes out for lunch. I wasn't able to make any lunch plans this year, so I pedaled over to Union Street Eats - an awesome vegan Mexican food cart. I highly recommend the tacos La Paz. 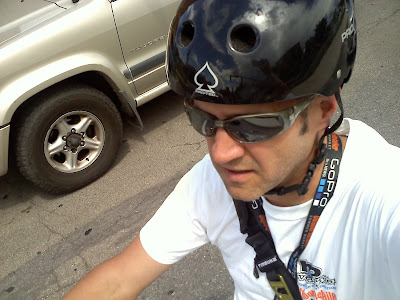 I even wore a helmet this time!
Next time, more pictures...
Posted by Bike Junkie at 8:20 AM

Email ThisBlogThis!Share to TwitterShare to FacebookShare to Pinterest
Labels: OR Show, photos

Helmets are good! Especially if you're pulling a "let-me-take-my-own-picture-while-riding-down-a-busy-street" stunt. Good on ya.