Salt Lake City’s bike share program “GreenBikeSLC” has been in operation just over a month now.

For those of you who haven’t tried it yet, what’s stopping you? It’s great!

There, possibly the easiest review that I have ever posted. Thanks for reading!

What? I should talk more about the program and the bikes? Maybe include some pictures? Okay, whatever…

The GreenBikeSLC program is part of the B-Cycle bike sharing system, which is currently operating in 16 cities across the United States, with more coming soon. Salt Lake currently has 100 bicycles and 10 stations covering the core downtown area, as well as the intermodal hub. 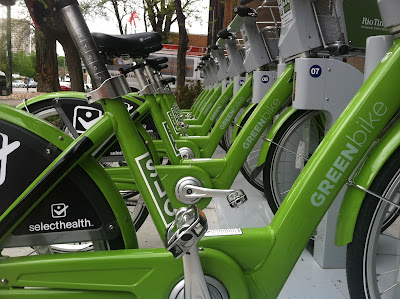 The basic idea behind GreenBikeSLC – and any bike share program for that matter – is to use the bikes for short trips around town, cutting down on car trips and congestion in high density urban areas. You can check out a bike at one station, and return it to any other station, pick up another bike, etc… for as long as your membership is valid. 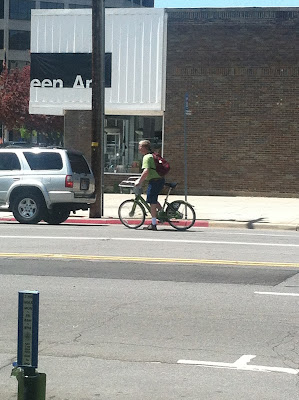 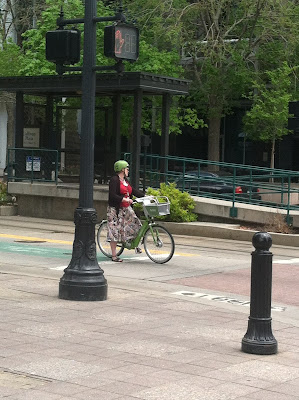 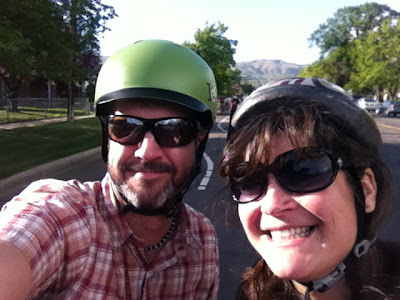 I’ve talked about the program and the memberships, but how easy is it to check out the bikes, and what about those bikes?

The system is very straight forward. Each station has a computer kiosk attached to it. If you are getting a 24 hour pass, or 7 day membership, you follow the on-screen instructions, slide your credit card, and select your bike. The dock holding your bike will start beeping, and will release your bike for use. When you are finished, just rack your bike in an open dock at any station. If you want to check out another bike, simply swipe the same credit card, and select another bike. If you have an annual membership*, getting a bike is even easier. You are mailed a membership card about a week after you sign up. To check out a bike, you simply select a bike, press the button on the dock next to your bike. Place your card on the dock over the RF sensor, and the dock will beep and release your bike. 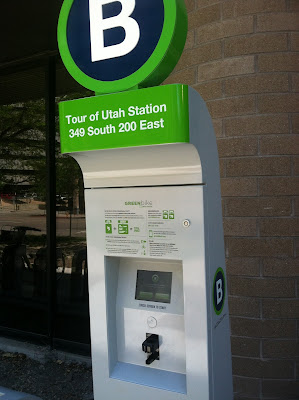 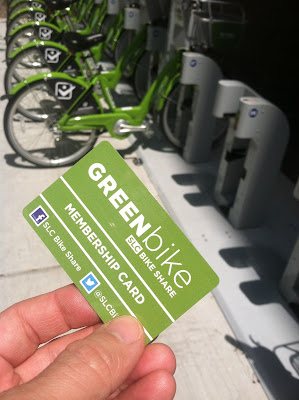 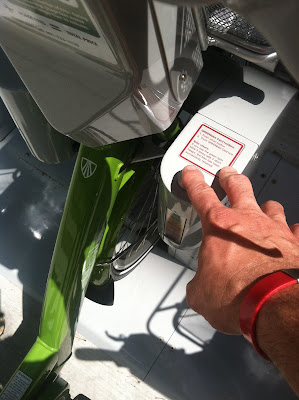 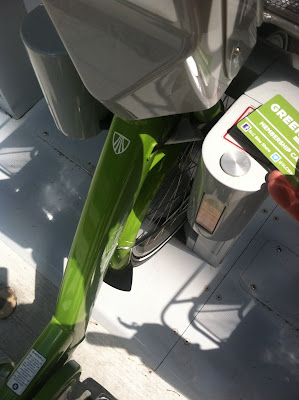 *Another feature of the annual membership, you can track the number of miles ridden (each bike has a hidden gps sensor), carbon offset, calories burned, and money saved (compared to driving and parking downtown). 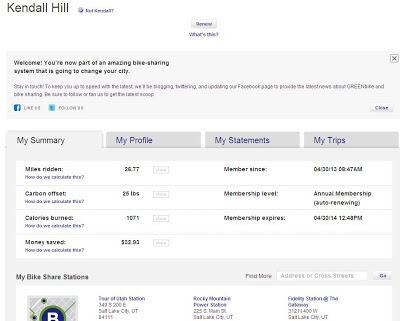 What if you go over the 30 minutes? Run! They will hunt you down and… just kidding! If you go over, you will be charged for the additional time. It is $2 for the next 30 minutes, and $5 for each half-hour after that. Again, the service is for short trips. It can get expensive if you keep the bike out longer. 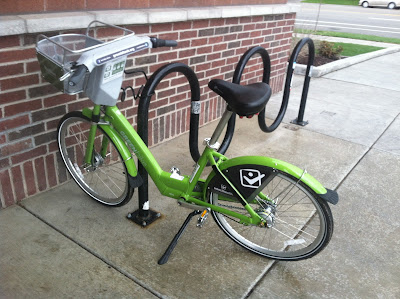 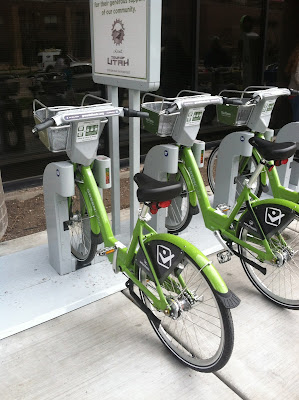 What can you say about the bikes? They are perfectly suited for their job. Heavy, 3-speed cruiser bikes with a step-thru frame, front basket, fenders, and skirt guard. They also have an attached cable lock if you have to temporarily stop somewhere and there isn’t a station nearby. You aren’t going to be winning any sprints on one of these bikes. The only complaint that I have, is that they need to put a cup holder in the basket. 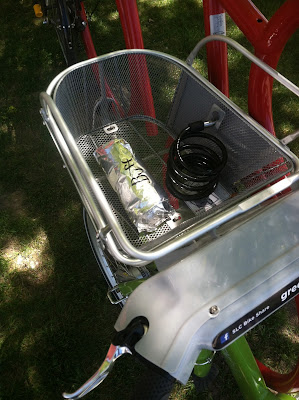 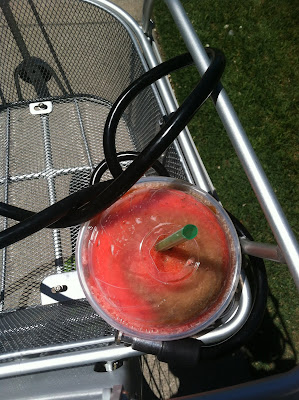 some times you have to get creative...

The GreenBikeSLC program launched on April 8. During the first month of operation, there have been 160+ people who have purchased annual memberships, and 900+ daily/weekly members. All together, there has been more than 3,300 trips taken. According to Phil Sarnoff, the program manager, that has far exceeded their expectations.

Looking at the numbers, and the fact that at several times I have encountered stations without any bikes, it sounds like the program is working. Like I said at the start of this post, If you haven’t tried it yet, what’s stopping you? It’s great!
Posted by Bike Junkie at 2:24 PM