Product Update: Bolle The One

Back in October I posted about Bolle's new helmet-shaped offering, The One.

I also mentioned in that post that I would follow up once I had recieved a helmet. 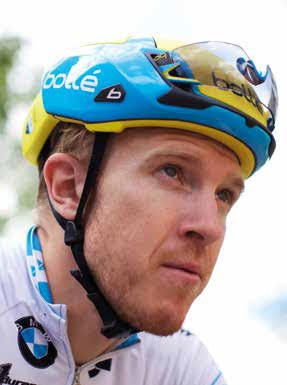 Is he ever going to write that review?

Well, I received a helmet, and promptly forgot to write that follow-up post. Until today.

Not only did I receive one helmet, I recieved two. The first one was too small -as Goldilocks would say if her head was above average in size as mine is - that helmet was given to my willing co-conspirator, Mrs. Bike-Junkie for her usage. The next one was just right. 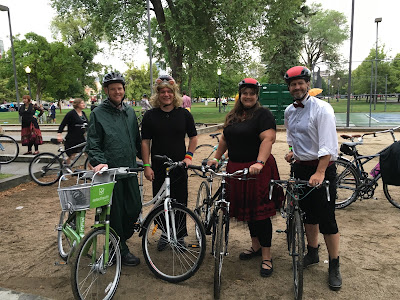 Mrs. Bike-Junkie and I at this years Bike Prom (think fancy dress party on bikes), along with our co co-conspirators, Steve and Miss Piggy (James). 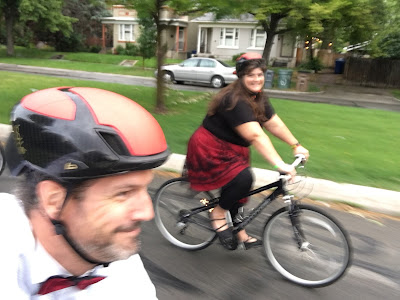 Blurry no-lookie selfie. Nothing but the best for this blog!

Seeing as I have been using the helmet non-stop for the past few months, I think that I can say that I definitely like this helmet. As well as being on the largish side, my head is also a bit oblong front to rear. Some helmets tend to not fit in the fore and aft positions, The One gave me no such trouble. The vents provide ample airflow when not covered up by the aero shells. 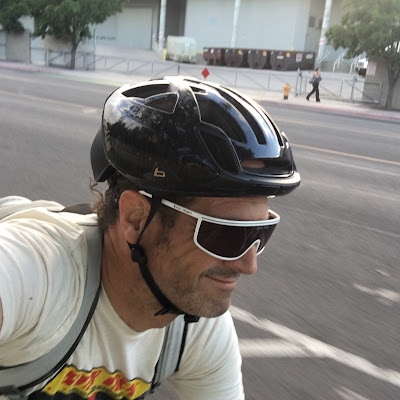 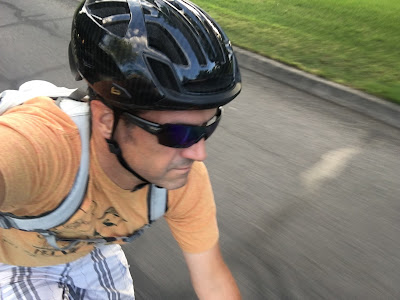 The only negative that I can think of is the optional LED capsule on the rear of the helmet. Since I primarily use my bicycle to commute these days, I installed the LED capsule, and have used it on my commutes where the sun isn't quite up. The capsule is powered by a button-cell battery, and has ran out of juice. If it was possible to change that to a USB rechargeable light, the helmet would be flawless.

The One, Jack of all trades, master of all.
Posted by Bike Junkie at 12:56 PM