Book Review, and My "New" Bike

Among the presents that my family gave me for my birthday on Saturday were a couple of books. One of the books fit perfectly with another post that I wanted to do, so I decided to turn it into a book review. 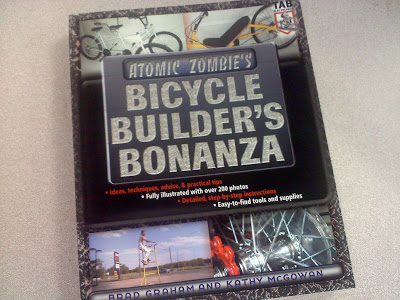 I don’t think my wife knew what she was starting when she gave me Atomic Zombie’s Bicycle Builder’s Bonanza for my birthday. If you’ve ever looked at a tall bike, or a chopper bike and thought about making one for yourself, this is the book for you!

The book covers everything you need to know about creating your own freak bike, from how to find and select a suitable “donor bike” and stripping all of the unnecessary parts from it, to what tools you will need. There is even a chapter that covers the basics of welding – something that you will be doing quite a bit of during the creation process.

After covering the basics, the book gives you step-by-step instructions on building several different types of freak bikes, such as choppers with 4 foot long forks, 10-foot-tall bikes, low-slung recumbent racers, tandem bikes and even a big wheel-type contraption that uses casters for the rear wheels. 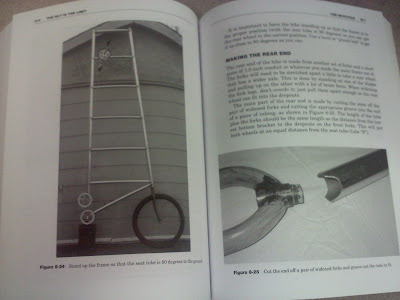 Along with the step-by-step instructions for each project, there is detailed photos showing you exactly what you should be doing. 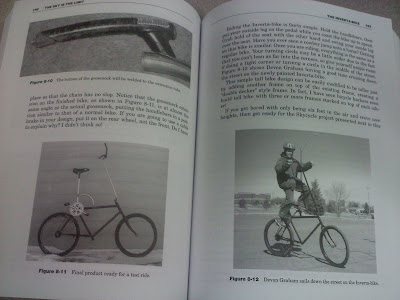 something seems familiar about this bike, read on... 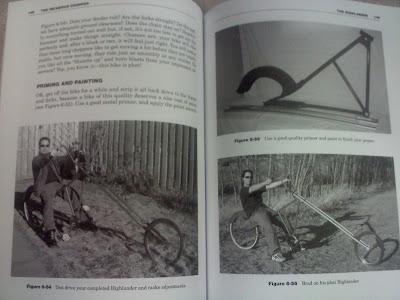 More information can be found on http://www.atomiczombie.com/

It is funny that my wife choose to purchase this book for me. A couple of months ago a good friend asked me if I wanted a tall bike that he built. He said that there were some neighborhood kids that would come over to his house and ride it around. He was concerned about their safety – as they would jump it off of the curbs and be generally reckless when riding it. Instead of just telling them not to ride it, he decided to remove the temptation. We were never able to work out a time that I could go up to his place to get it, or when he would be heading down south to his daughter’s where I could meet him. We both forgot about it for a while. Then just a couple of days ago, I got a call from him apologizing, saying that he hasn’t been down to his daughter’s in a while, and the bike is still there if I want it. It turned out that my schedule worked out that I could go up to his place and pick it up.

It took a few tries to learn how to get it started and climb up on it – I have the bloody knee to prove that! – but once I figured that out, it’s fun to ride! You are going to attract attention to yourself riding this down the street, so be prepared. 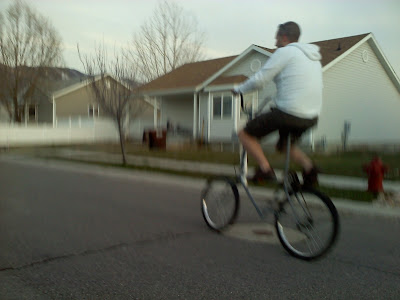 This type of tall bike is what is referred to as an "inverta-bike" in the book. 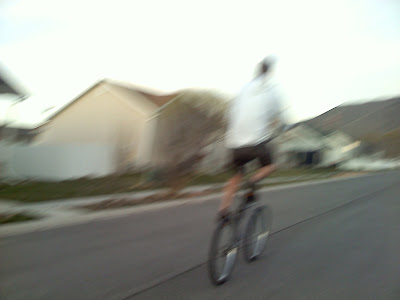 The pictures were taken by my 8-year-old as he was running down the street, hence the blurriness.
All I can say is that I really, really want a welder now!
Posted by Bike Junkie at 10:28 AM