Have you ever come across something and wondered “why”?

I had one of those moments this past weekend. In my goodie bag from the Spudman Triathlon I found a flyer for a restaurant in Rupert – a small town on the other side of the freeway from Burley. That is not the odd thing, what is odd is the name and theme of the restaurant. Spinners Grill – a bicycle-themed restaurant.

Rupert – in fact the whole region – is not known for its bicycle friendliness. I’m not saying that they’re hostile to bicycles, I am saying that bicycles seem to be more of an unknown entity. In the 17+ years that I have been traveling to that area, I don’t recall seeing a single road bike, or lycra-clad rider on the road. There is one bike shop – Rock’s Cycling and Fitness – in the entire valley, and the only events or races I am aware of are Spudman, and Vikingman (another triathlon which takes place on the same section of the Snake river – only on the opposite bank a month later). The area is a rural farming community.

Due to a sense of curiosity, and a draw to all things bicycle, I had to go check it out Saturday afternoon. As I entered the restaurant, I was greeted by the hostess who had participated in the Spudman as part of a team earlier in the day. She asked me how I did and talked about the race as she showed me to my table. The walls were adorned with cycling memorabilia, and there were some vintage bicycles mounted on top of the partitions. The waitresses “uniforms” consisted of jerseys, and there was a TV in the corner showing an old stage of the Tour de France (2003, I believe).

The bicycle theme extends to the menu, where you can choose from a “seat post” salad, “flat tire” sandwich, “derailleur” burgers etc… Unfortunately – for me – they didn’t have any vegetarian or vegan options. I ended up getting a house salad and a side order of sweet potato chips.

I thoroughly enjoyed sitting in this little island of bicycle geekdom in the middle of a sea of rural Idaho farming. I just wish that there would have been more of a menu selection for me. Go to http://www.yourspinnersgrill.com/ for more information. 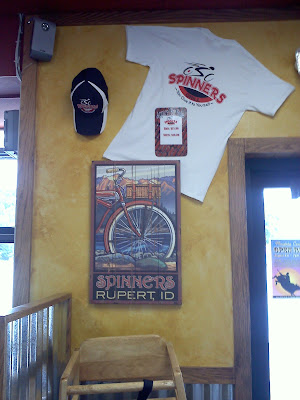 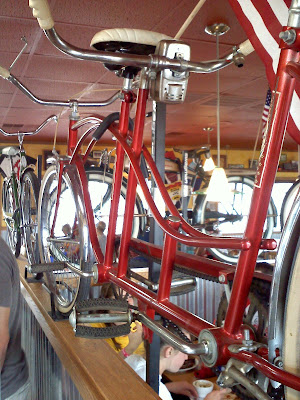 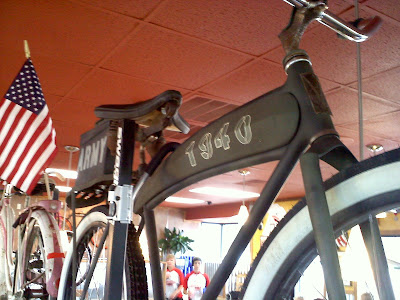 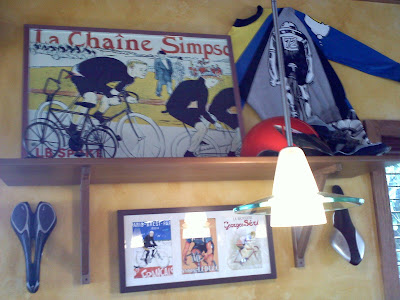 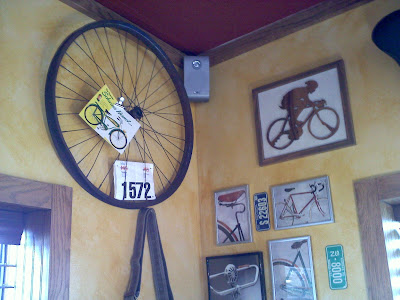 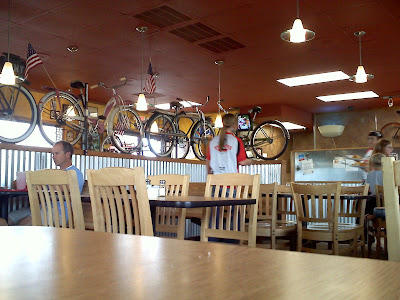 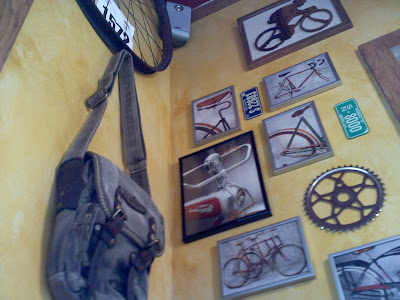