I fully intended on coming home from the Open Air Demo and posting about it, but one thing led to another, and I ended up crashing on the couch. Then, yesterday ended up being a long day – so no post again.

Now that I have some time, let’s talk Outdoor Retailer.

Like I said, I had never been to the Open Air Demo before, and I was looking forward to it this year. I assumed that there wouldn’t be too much – if any – cycling related stuff up there, but I wanted to go anyway.

My assumptions turned out to be correct, but I was surprised at what was there. Both Scott Bicycles, and Raleigh/DiamondBack had tents up there showing off their 2012 line of bikes. One thing that struck me as odd was that both companies were allowing their bikes to be taken out for rides, but Scott did not have any helmets for people to use. Maybe I’m naïve by thinking that they should have had helmets, but especially since I didn’t expect any bike companies to have their bikes up there, I didn’t bring a helmet with me. Raleigh, on the other hand, had a helmet for use, and they had a box with various flat and clipless pedals for people to use. People for Bikes, and IMBA were also up there gathering signatures and pledges.

The majority of the exhibitors up there had something to with watersports. There were probably 30 or so SUP (stand-up paddleboard), kayak and canoe companies that had their demo fleets out on the lake for people to ride.

The main draw for me at the Open Air Demo was the Paddle/Pedal Challenge. I did get a chance to participate – in fact I was the first person! What you did was go down to the beach, and ride a stand up paddleboard on a 1 mile course while they timed you. Then you walked up to the start of the bike course, and rode either a 3 mile road course, or a 3 mile road/off-road course, where they logged your time.

I have never before been on a stand-up paddleboard, and let me say that it is one heck of a workout! Not only does it work your core because of the paddling, but I came off of that board with my legs shaking because of how much I was using them to keep my balance. I am proud to say that I didn’t fall off once out on the course. I did have to drop to my knees because of a small swell from a passing boat, but I didn’t end up in the water. Once I got back, I had the people take my picture for the blog, and I fell of 3 times during the photo op! 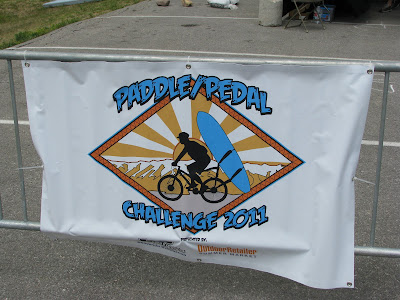 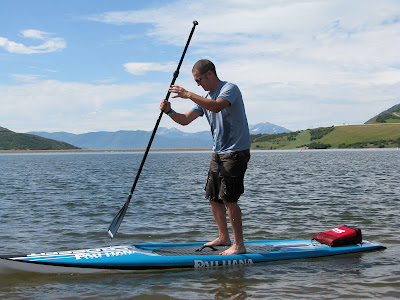 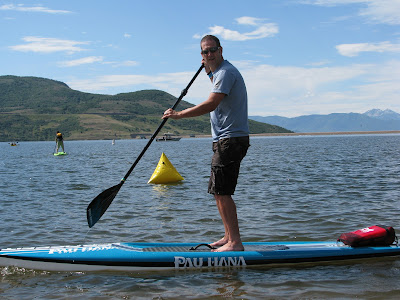 For the pedal leg, I grabbed a full carbon CX bike from Raleigh. Let me just say that I want! It was a very nice riding bike. I couldn’t say if it was vertically stiff, and laterally compliant, all I know is that I had a blast riding it on the dirt trails 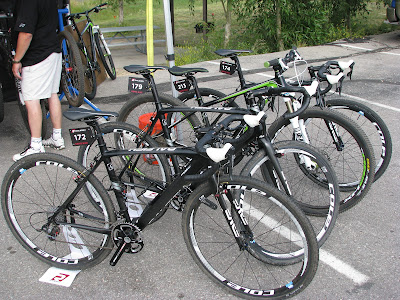 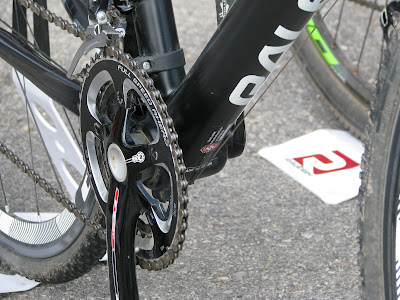 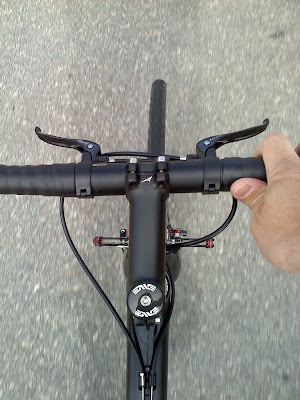 After I was done, they wrote down both of my times on a card, and sent me over to the prize tent. Everyone got something for participating, and the person with the best overall time won some grand prize. I was not that person. 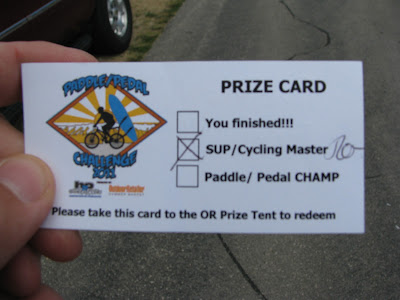 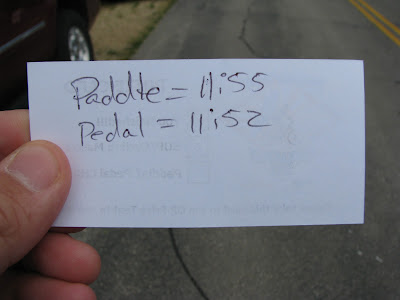 What I choose for my prize was a Dry Case. A waterproof case for my phone. 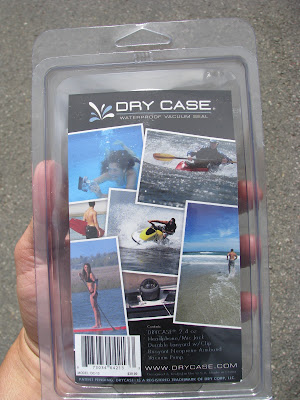 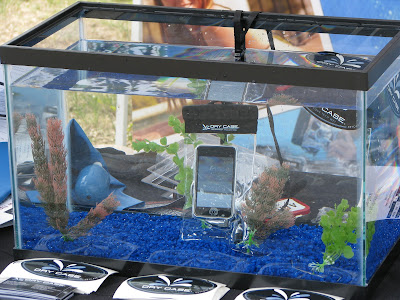 Enjoy some more pictures from the Open Air Demo. 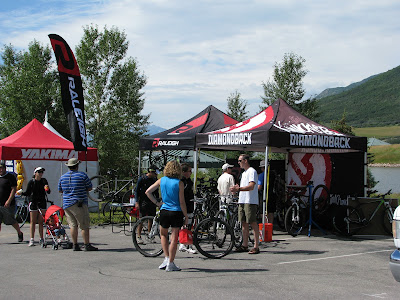 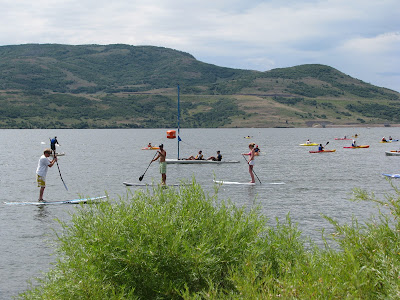 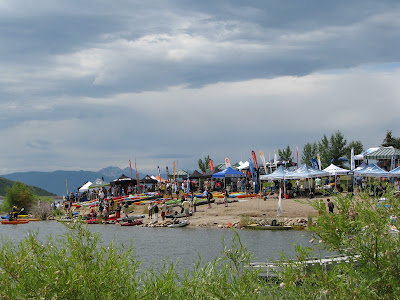 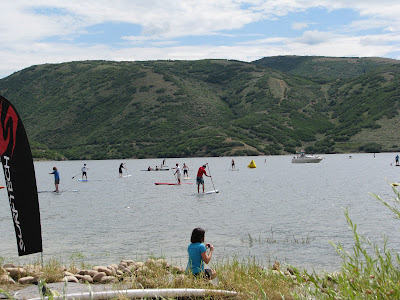 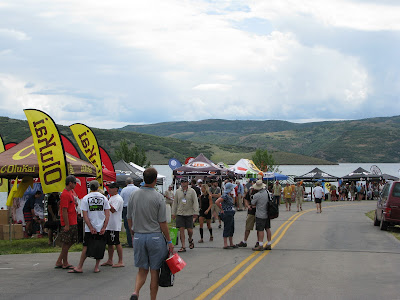 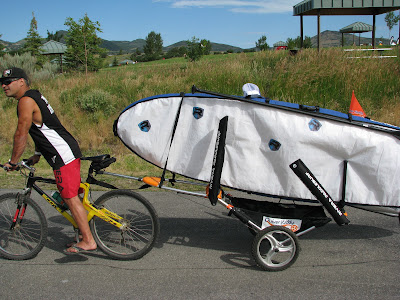 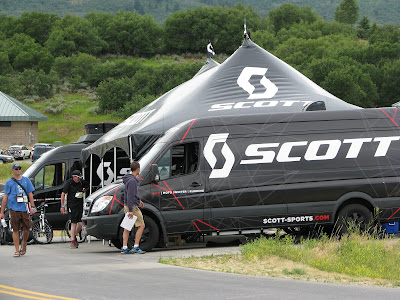 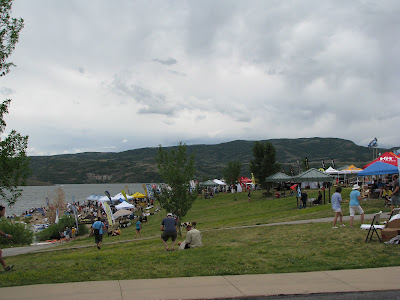 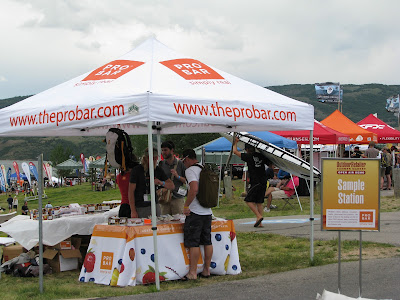 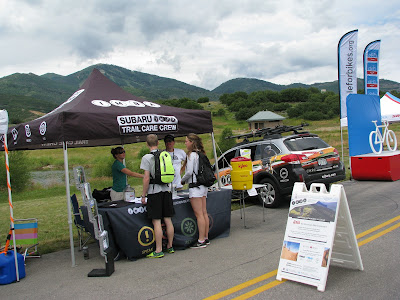 Email ThisBlogThis!Share to TwitterShare to FacebookShare to Pinterest
Labels: OR Show