While I get some of the actual product reviews ready (waiting for the products to be reviewed to be sent, and putting the ones that I have already recieved through their paces), I thought I would bridge the gap with some pics I took at the show. 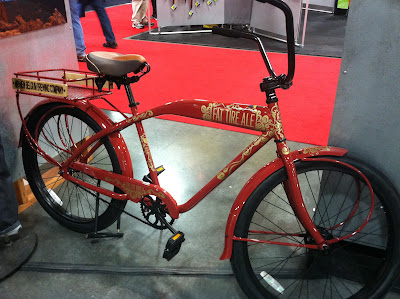 New Belgium Brewery cruiser bike that was being given away. (didn't win). 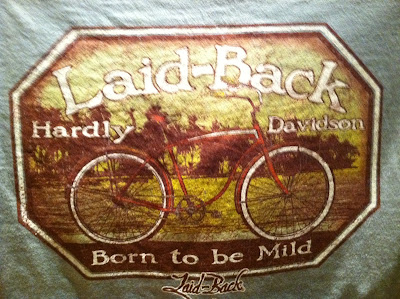 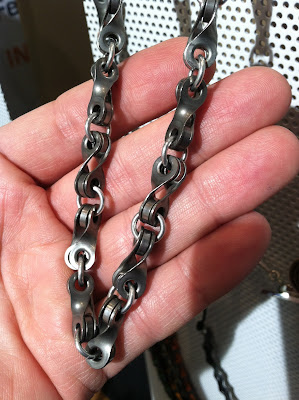 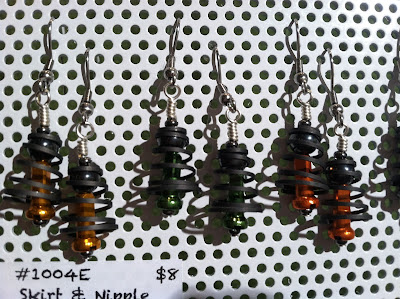 Recycled bicycle jewelery from Velo Bling Designs. Like the twisted chain link necklace, and the earrings with QR springs and spoke nipples. 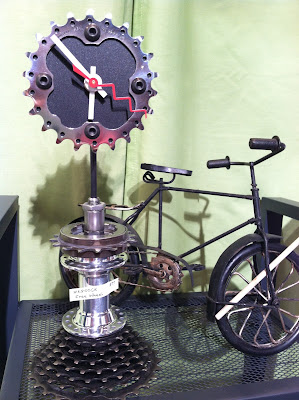 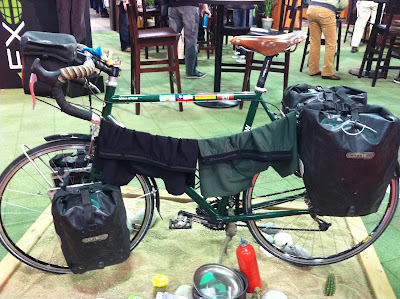 Using your bike as a clothesline to dry your underwear. At the ExOfficio booth. 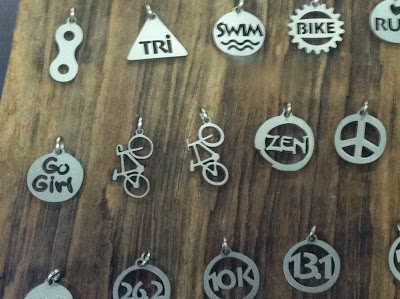 Tarma designs. They now offer charms for a charm bracelet. 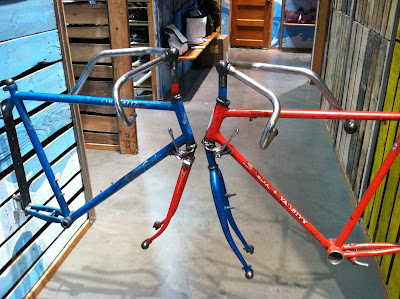 Gate separating the employee area at the Keen Footwear booth. 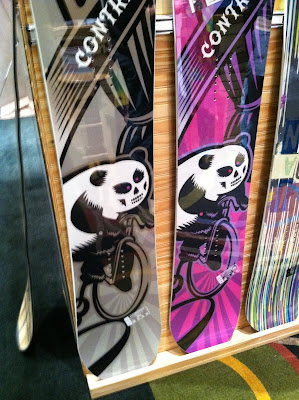 Panda riding a trike graphic on a snowboard. Not sure why, but still cool. 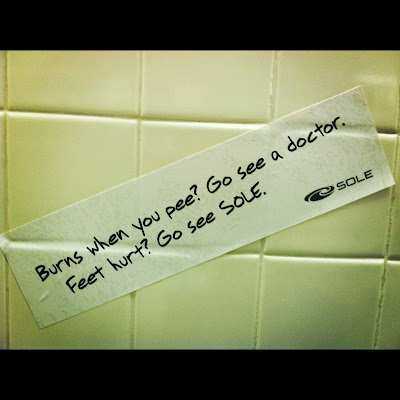 Not bike-related, but funny as hell. Advertising above the urinals in the men's bathroom. 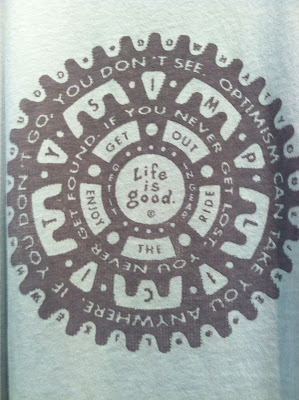 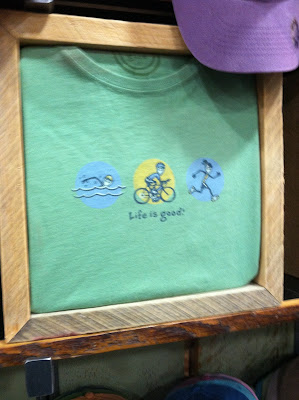 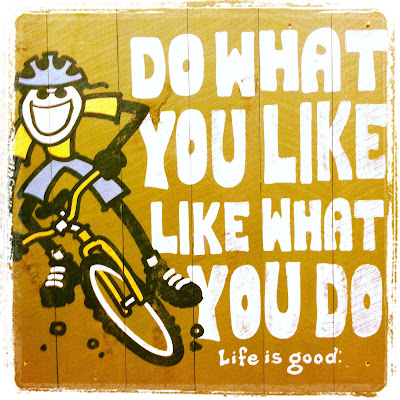 Bike/Tri shirts, and a cool mural from Life is Good. 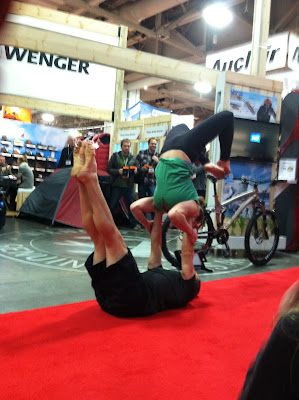 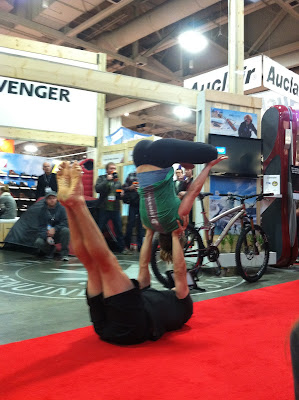 Extreme yoga demonstration by the YogaSlackers before they gave away a $5000 Ellsworth mountain bike (didn't win). 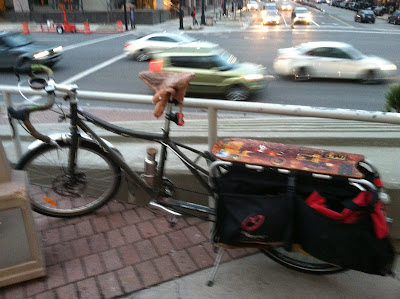 The weather was mild, especially for January. There were several bikes locked up outside the Salt Palace Conference Center, including this Big Dummy. 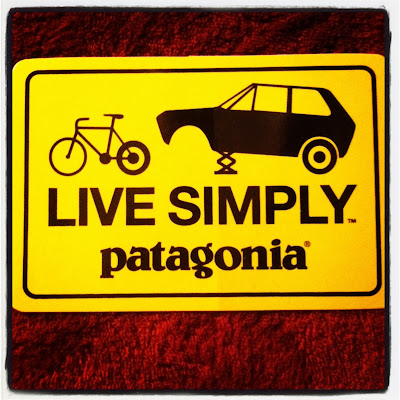 Cool sticker I picked up at the Patagonia booth. Wish I would have grabbed more, as I've had several friends ask me where I got it. 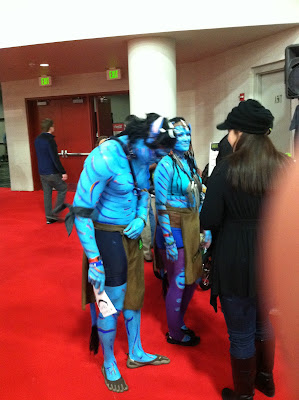 People dressed up as the Na'vi from Avatar (i.e. Dances with Smurfs). Why? No idea.
Posted by Bike Junkie at 10:37 AM

Email ThisBlogThis!Share to TwitterShare to FacebookShare to Pinterest
Labels: OR Show, photos

Nice coverage of the show...looks like a good time. I like that sticker that Sole put up.