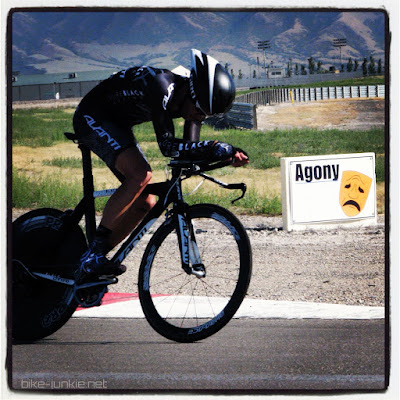 Time Trial. Miller Motorsports Park. Tour of Utah 2011.
Tonight, at the Energy Solutions Arena, The host cities for the 2012 Tour of Utah will be announced.  Depending on wi-fi access, I will try to do a live update to this post during the announcement. Will the Tour of Utah stay in the Wasatch front - as in past years, or will it venture south?

6:15 I'm early to the announcement, and there is wi-fi available! I won't reveal anything until time, but I'll say now that there are some changes, and they are good. More to come.

6:45 There are several changes this year to the Tour of Utah, Location is not one of them (yet!) All of the stages are still in the Wasatch Front.

This year, there is no prologue. The race starts with Stage 1 in Ogden - which has been a host city before, but this is the first year that Ogden will be the first stage.

Then, stage 2. This is the one that I am most excited about. Team Time Trial! Miller Motorsports Park will be the venue for the fifth consecutive year. This is the only TTT on the North American UCI
calendar!

Stage 3 is back to Ogden for the start, and the riders will race down to the University of Utah Research Park. Last year, the Ogden to SLC stage proved to be one of the more decisive stages (and one that I was sad to miss!).

Stage 4 is still under development, but it will start in Utah County, and finish in downtown Salt Lake City.

Stage 5. The Queen stage - Park City to Snowbird moves up a day from Sunday to Saturday for 2012. This stage is an immensely popular stage for the fans, who last year packed the roads almost the entire way up Little Cottonwood Canyon, with parties and unofficial handups to the riders (pizza and steak anyone?). I'm glad that this stage is still part of the race!

The final stage is back to Park City. It is listed as a road race, but rumor has it that it may be a blistering circuit race.

There's the stage layout, more updates to come. Stage details will be announced later in the spring.

7:20  Steve Miller - President of Larry H. Miller Group is announcing the stages. Joining him at the podium are local pro cyclists Jeff Louder with UnitedHealthCare, and Tyler Wren with Jamis Sutter Home to talk about what they feel about the stages.

It sounds like this is going to be a great race! 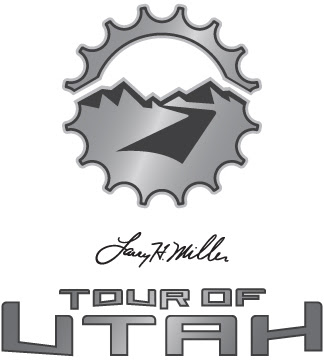