Today's t-shirt is an interesting choice, not as much as what is on the shirt, but the story behind it.

10 years ago, Floyd Landis was on top of the cycling world with a miraculous TdF win. Then the house of cards came crashing down with his positive doping test. 4 years of vehement denials ended with a confession in 2010 that toppled a widespread doping regime, and took down numerous top riders, including Lance Armstrong. During the years when Floyd was professing his innocence, people were polarized either for or against him. I was firmly in the "for" camp, and was genuinely excited to be able to get a couple of pictures at the 2009 Tour of Utah. 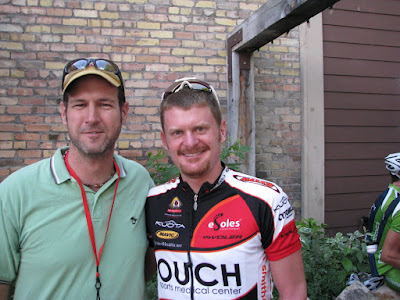 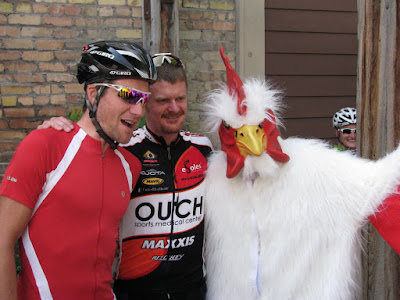 Dave Zabriskie, Floyd, and a chicken.

After his confession, many fans became former fans, and for the next several years, Floyd was one of the most despised individuals in cycling.

I don't know if it is the adage of time healing wounds, etc.., or if knowing now that he was just a cog in a much bigger doping machine back then, but now the vitriol has subsided - at least for me. After the covers were thrown back on the Armstrong era, Floyd became more of a footnote.

Earlier this year, Floyd resurfaced - so to speak. He is now residing in Colorado and running a cannabis dispensary in Leadville, which brings me to today's shirt. 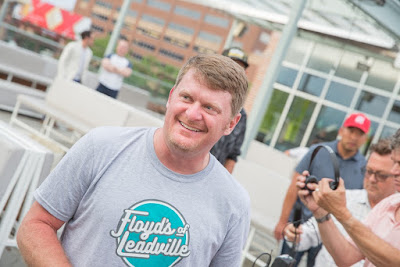 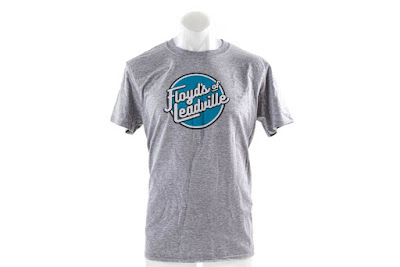 I don't know if it is the counter-cultural aspect that the shirt expresses - especially here is strait-laced Utah, the ties to cycling that it invokes (Dave Zabriskie recently rode in the Leadville Trail 100 MTB race wearing a Floyd's of Leadville kit), or nostalgia back to a time when I believed in pro cycling, but I want one of these shirts.
Posted by Bike Junkie at 11:45 AM

Email ThisBlogThis!Share to TwitterShare to FacebookShare to Pinterest
Labels: Floyd Landis, T-Shirt of the Day