Hot on the heels of the announcement that Salt Lake will be getting a Bike Share in 2013, I found this video.

Salt Lake has been doing a major facelift to its bicycle infrastructure over the past few years. 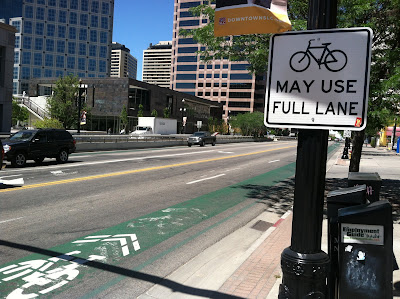 Along with the sharrow lanes that have multiplied - and now are on several streets in the downtown area, they painted a "Copenhagen Left" box at the intersection of Main St, and 200 S - an intersection that does not have a left hand turn. 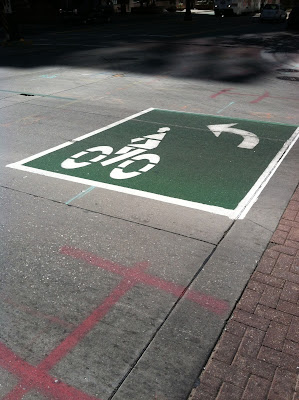 Problem is, I don't think many people know what to do with this green box. Thankfully, BikeSLC has a YouTube video that does a great job of demonstrating how it works.

I love this video! Bikes are the future transportation, everyone should know about rules and decisions! Good job!

Wow, wonderful blog layout! How long have you been blogging for?
you made blogging look easy. The overall look of your site is fantastic,
as well as the content!
Here is my web page more information