As promised, here are some pictures from the Prologue. I don't have the names of all of the cyclists, because I didn't have the starting roster, and didn't get some of their numbers.
Enjoy. 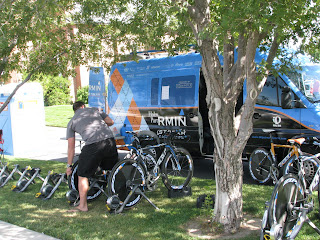 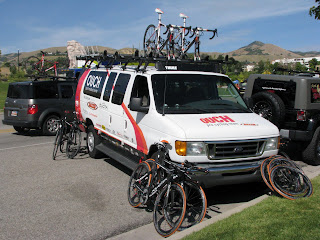 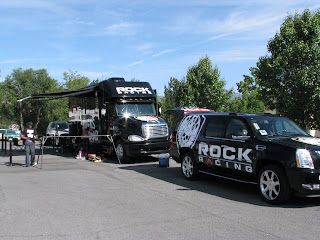 Rock Racing. The circus isn't as large this year, only one semi/motorhome and two Esclades. 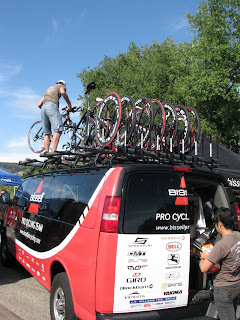 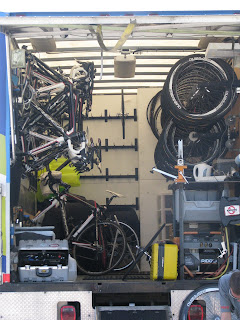 A look inside the Team Type 1 van. 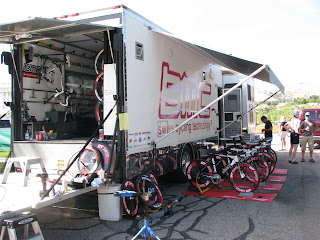 You can tell which rigs belong to the bigger pro teams, 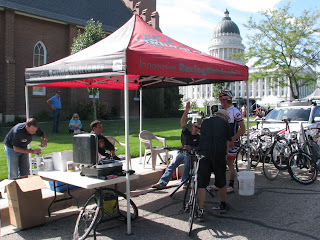 vs. the small domestic squads, or in this case, the Utah All Star squad comprised of some of the state's top amateurs. 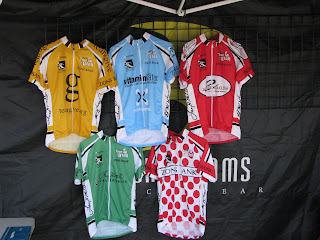 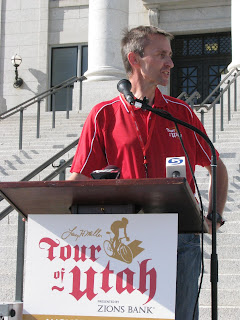 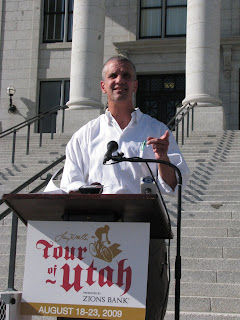 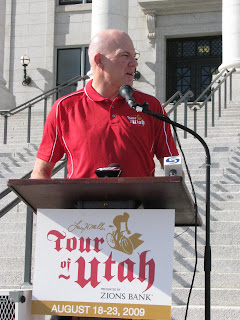 Before the Prologue, There was a press conference, where we had the opportunity to listen to, and ask questions of (from the top) Terry McGinnis - Race Director, Eric Heiden - former Olympic Cyclist and Pro racer, and Bob Roll - Former Pro, and currently Cycling Announcer for Vs. network. We also heard from Greg and Scott Miller from the Miller family. 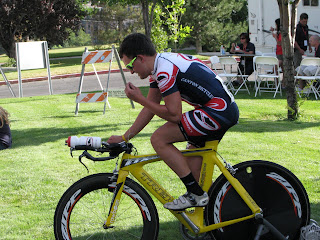 Some of the riders took advantage of the time before the Prologue started to warm up. Norm Bryner (191) with the Canyon Sports Utah All-Stars. 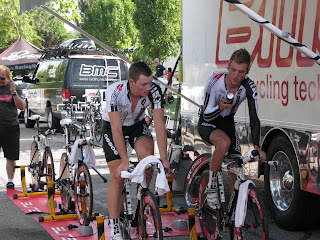 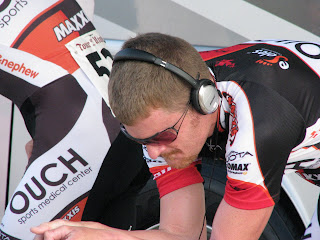 Floyd Landis (56) "in the zone" He basically was ignoring all of the fans and reporter-types circling around in front of him. 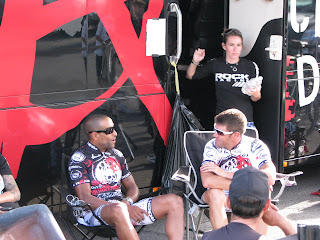 Other riders used the time to relax. A cople of Rock Racing riders (sorry, I don't know who they are) 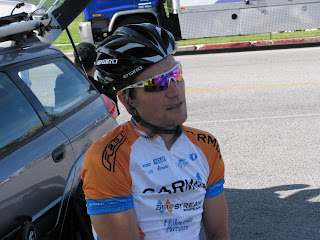 Dave Zabriskie (19) being interviewed by someone.

That's all for now. Part 2 we'll get to the racing. Check back tonight for the standings after stage 1.
Posted by Bike Junkie at 10:57 AM

Very cool! Looks like you're having a great time!